This Reliant Robin armed with Browning 50 caliber machine gun and caterpillar tracks is that what you call a mean machine. 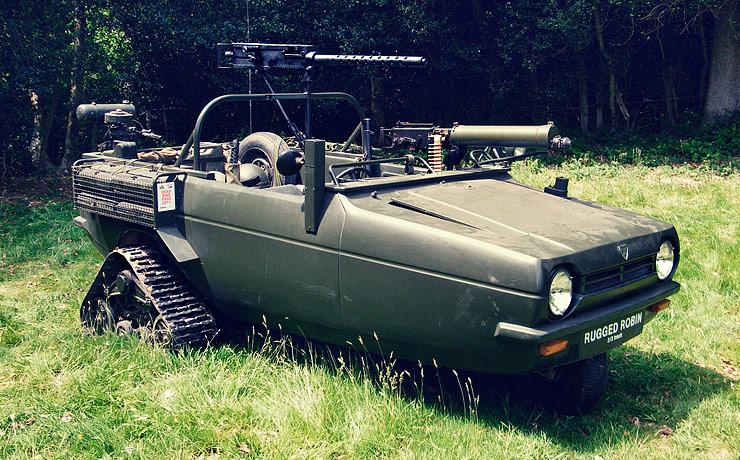 East Sussex native Bernard Reeves had been watching Jeremy Clarkson ridicule the three wheeled Reliant Robin on the famous British auto show Top Gear for ages. Fed up with the near-constant insult of one of his beloved vehicles, Reeves decided to butch up the Reliant that he had come into his possession via an elderly neighbor and the result was nothing short of stunning. Reeves fitted the vehicle with tank-style machine guns and caterpillar track wheels to make it a lot more stable than the vehicle has been proven to be by Mr. Clarkson’s stunts over the years. However, for a military-style vehicle, the mod dubbed the ‘Rugged Robin’ by its maker has got to be the world’s most unusual and perhaps, the only vehicle of its kind.

It took almost six months for the retired restorations specialist to convert the vehicle from a three-wheeled mockery into a macho three-legged tank. For an armed vehicle, however, the Robin does like slightly comical and perhaps it was to counter exactly such a sentiment that Reeves put a serious as death Browning 50 caliber machine gun, two sub-machine guns and a Vickers machine gun amongst other heavy artillery pieces on the mod.
– 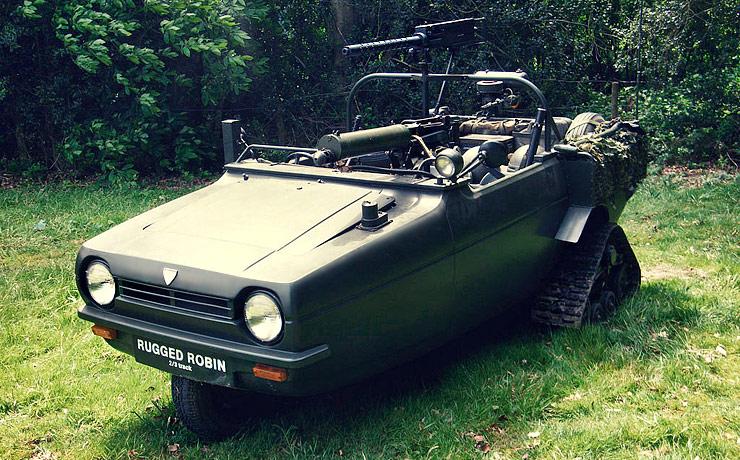 Reeves told the media that he decided to build the armed Reliant Robin as a way to restore the dignity of the vehicle that has been popular among fresh young driver who have recently acquired their learner’s licenses as well as the a significant portion of the nation’s rural working population looking to stick to a budget. A yellow Robin Reliant was also featured in the popular television show Only Fools and Horses as the vehicle of choice by Sir David Jason who played Del Boy. Given the sentimental attachment the modder has for the Reliant Robin, it wasn’t too difficult to gauge why he held Clarkson’s mocking stunts with the vehicle in such contempt. 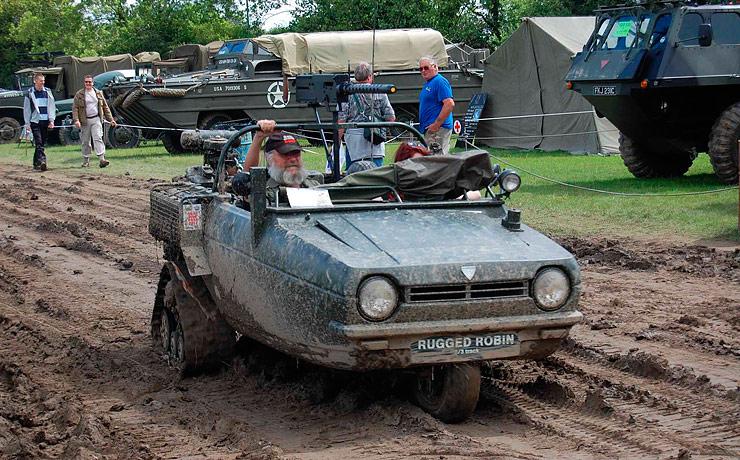 The three-legged off-roader is powered by the original 850cc engine that the Reliant was handed down to him with though most other parts on the mod have been scavenged and can be traced back to a multitude of sources including Honda 90-sourced suspension coils, a Hillman Imp sourced front-wheel, gearbox mountings from Land Rover and a Bedford van-sourced rear-axle. According to Reeves, the Rugged Robin cost him almost nothing to build. According to Reeves, the vehicle is capable of travelling at up to 50 mph on soggy ground and can even be driven on paved road alongside other vehicles since it does not require a safety certificate from the Ministry of Transport. 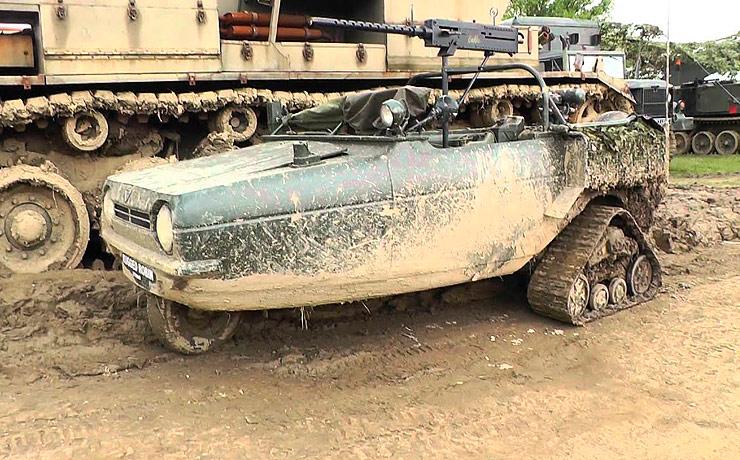 The Rugged Robin has, for the time being, not being featured on Top Gear so we have no way of knowing what Jeremy Clarkson actually makes of the mod but Reeves has showcased it at the War and Peace military show where the vehicle was very well received by attendees including former military personnel.

Watch how Clarkson mocks the hopeless three-wheeler on Top Gear
or
Watch the most entertaining motor-sport ever – with Reliant Robin of course.