A Reliant Robin race. The ‘Fools and Horses’ theme played.

The Reliant Robin is a small three-wheeled car produced by the Reliant Motor Company in England. It was offered in several versions over a period of 30 years. It is the second-most popular fiberglass car in history, with Reliant being the second-biggest UK-owned car manufacturer for a time.
– 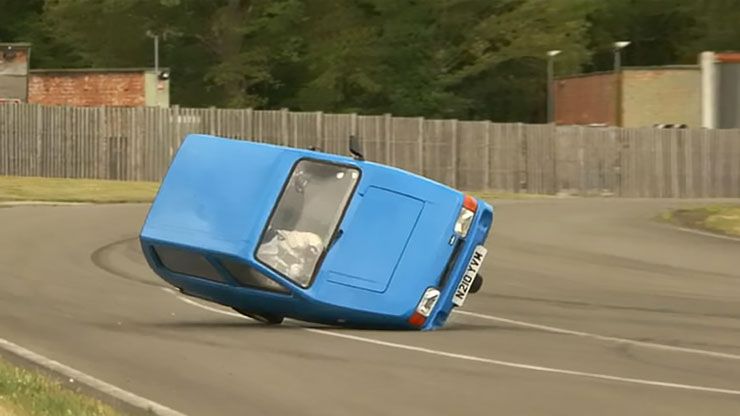 Thanks to its silly one-in-the-front, two-in-the-back wheel setup, and complete lack of balance, the Reliant Robin is best known for its desire to roll over at the slightest attempt to corner.

In one episode of Top Gear, a modified 1994 Reliant Robin was used by Jeremy Clarkson to drive 14 miles from Sheffield to Rotherham. He described driving it as dangerous as “inviting your mum ’round for an evening on chatroulette”, and that the Robin “wasn’t funny, it was a complete menace.” During the segment, Clarkson rolled a specially side-weighted Robin at least six times.
–
The Reliant Robin isn’t particularly well-known outside the United Kingdom, but it seems like there are people out there who are hell-bent on destroying all of them.
– 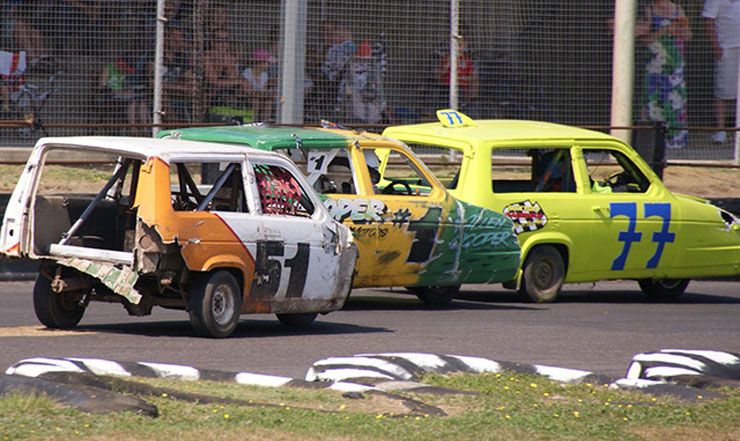 The Reliant Robins are one of the most popular race classes in UK, with Fun with a capital F being the primary aim. Just like Del Boy and Rodney from Only Fools and Horses, the drivers get up to some hilarious antics in these 850cc three-wheelers. The poor stability of the machines leads to many two-wheeled moments and frequent rollovers, which will make even the purist racing fan smile as they bounce back for more!

The three-wheelers line up and race until there’s only the last man standing – or maybe I should say until the last Robin is running. Crashes were not avoided, but seemingly desired, drivers seemed drawn like moths to a flame, steaming into wrecks. 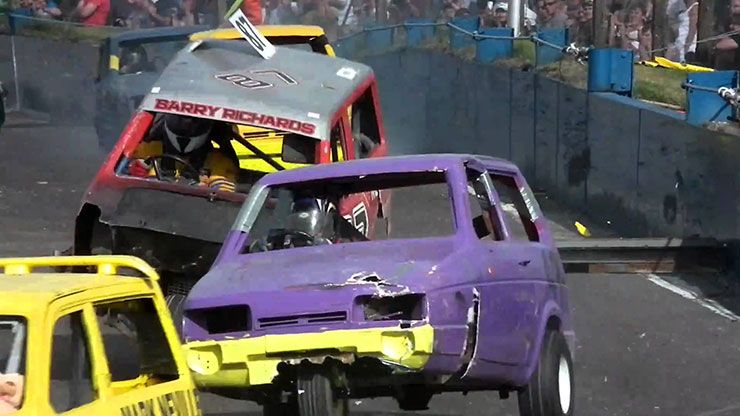 A Reliant Robin stock car race is perhaps the only motorsport where a flipped car will not draw a caution flag. These Reliant Robin races make NASCAR look like a glorified defensive driving course. Watch the video below.