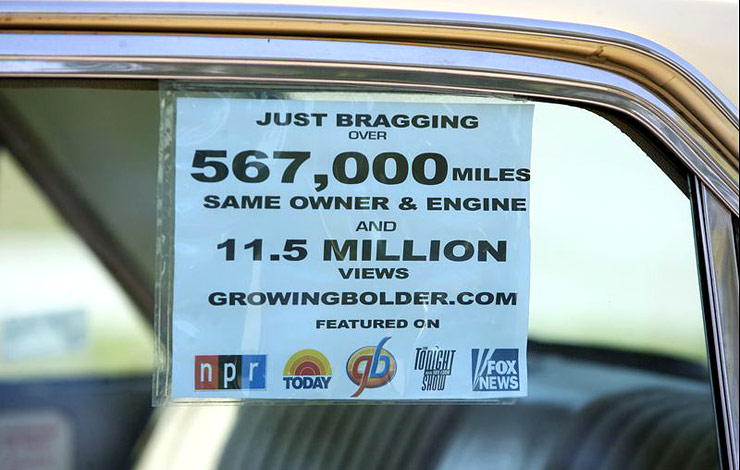 The last time Rachel Veitch bought a car, gas cost 39 cents per gallon, Lyndon B. Johnson was in the White House and “The Little Old Lady From Pasadena” was a hit song on the radio.
– 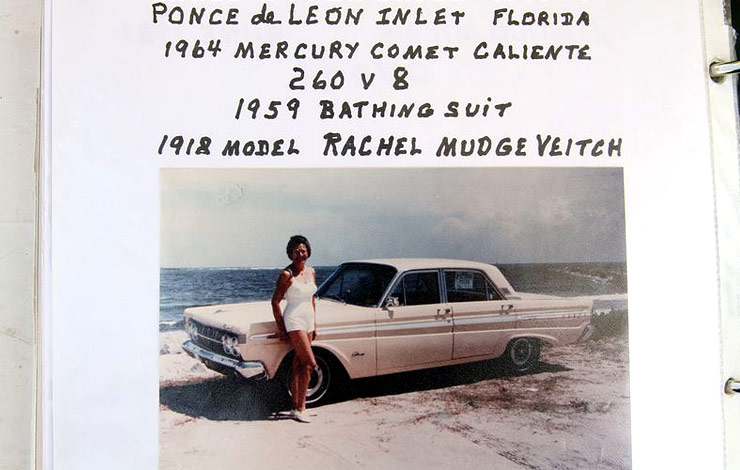 Rachel Veitch, a retired nurse, a mother of four, bought “Chariot” in February 1964 from a dealer in Sanford, Fla., for $3,289. The car has outlasted her three marriages and has gone through eight mufflers, at least 17 batteries, three sets of shocks and countless oil changes.

“My Chariot has never lied to me or cheated on me and I can always depend on her,” Veitch said. (Rachel referred to Chariot as “she” or “her”.) “My last husband and I divorced in 1975 and he took the 1972 Pontiac we had and I kept Chariot. I’ll bet he’s traded cars half a dozen times by now and I still have my Chariot, my faithful pal.” 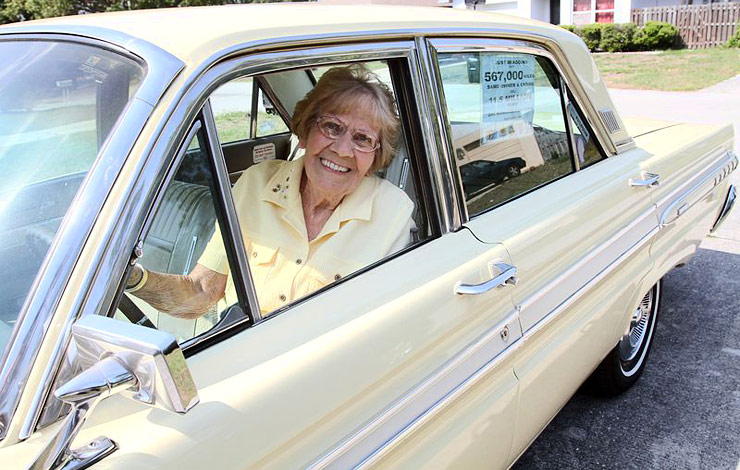 Veitch said the classic car — which boasts automatic transmission, frosty air conditioning and a “lousy” 15 miles per gallon — has been featured in several car shows across the country and took her all the way to Pennsylvania in 2007 for her 70th high school reunion. Classmates and neighbors alike are sick of the same old story, she said. Veitch’s dream car was renovated in 2002 after she got a speeding ticket for going 92 mph in a 55 mph zone. She credited her near-obsessive dedication to the car as the main reason why it’s spent nearly half a century in her care. “People don’t want to talk to me anymore,” Veitch said. “They’re tired of hearing about my Chariot.”


“When I buy gas, I write down the mileage, the date and how many miles per gallon I got,” she told. “I’ve never been a destructive person and I’ve just taken care of everything, except my husbands.” 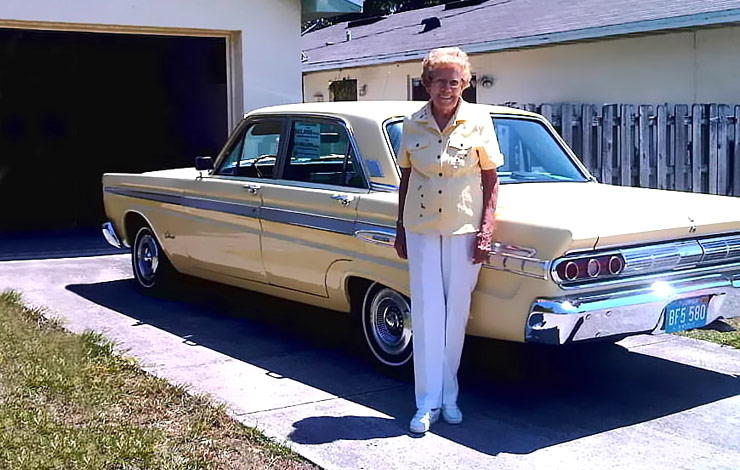 She was an active member of several organizations; among others in National Association of Antique Car Club for her 1964 Mercury Comet Caliente nicknamed the “La Chariot”.