It’s a tale of love lost and found again more than 4 decades later.
A Georgia woman is reunited with her first love 43 years later.

Terry Dietrich, the 62-year-old accountant from Duluth, Georgia, says she always love Corvettes and use the money from her very first job for the down payment on a brand-new 1972 bright blue Chevrolet Corvette Stingray  when she was only 19 years old. Her dream came true, but only for a few months.
Just six months later, that car was stolen while she was at work and never recovered by police. 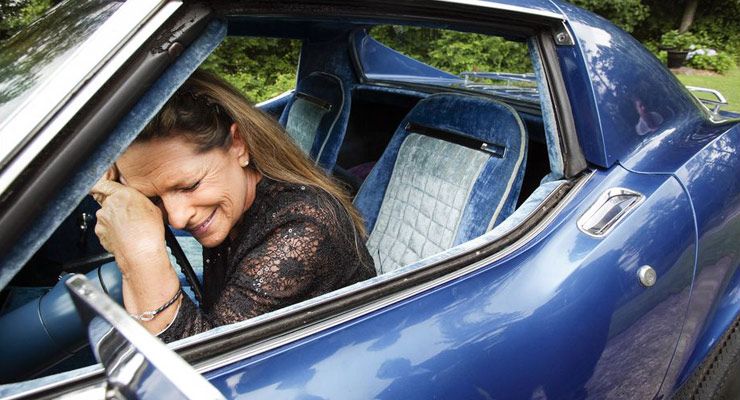 In 2015 Gary Greene, car restorer from North Carolina buy a ’72 Stingray from a widow for $10,000 and immediately noticed something unusual. The titles for a 69 convertible and the VIN number didn’t match those down on the body and on the engine.

“It wasn’t a convertible, but the title had ‘CN,’ like a convertible should have” Greene explained, “and then, I looked at the year model on the title, and it said 1969. Well, that body had not been modified at all, and that was a ’72 model car.”

He alerted the authorities, and it was discovered that this was Terry Dietrich’s Corvette that had been stolen 43 years ago. It appears that Corvette is in excellent shape. 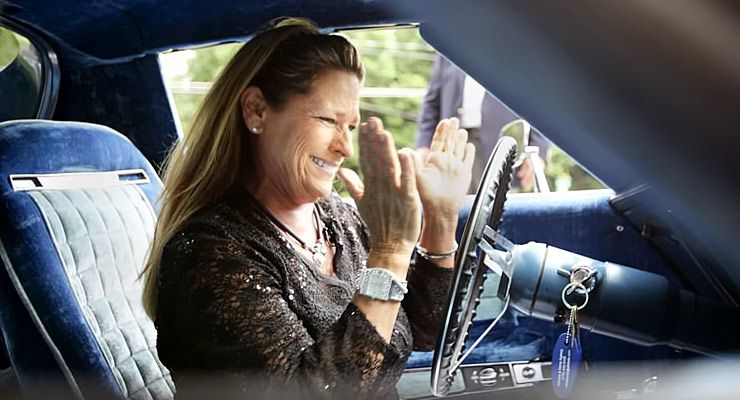 Because Insurance Company had already paid for her stolen car, it was no longer really her car. That is until Insurance Company Allstate decided to gave Dietrich the surprise of a lifetime and to put these two back together. Even better, the reunion was on her birthday. Her actual former insurance agent came out of retirement to hand-deliver the Corvette to her — on her 62nd birthday.

This is a story that is just too heartwarming not to watch.

The love for “America’s Only True Sports Car”