The 1954 Studebaker Starliner has been the only car in the history of the Carrera Panamericana to win impressive 20 times the race. GWA designs a tribute car named “Veinte Victorias” (Twenty Wins) for all the times the Studebaker Commander has taken the first place in the grueling and dangerous high-speed, more than 1,800 miles 7-day race from border to border in Mexico.

The Studebaker Commander Starliner has won over Porsche, Aston, Jaguars, Mercedes and many other European competitors, it has even been in overall first place for 9 consecutive years from 1993-2001 and another series of 8 victories from 2007-2014. Making it the unbeatable one.
To honor this record, GWA Auto Design & Tuning has proposed a new limited-production tribute car, than blends the stunning good looks of the Starliner coupe with the performance of a contemporary drivetrain. 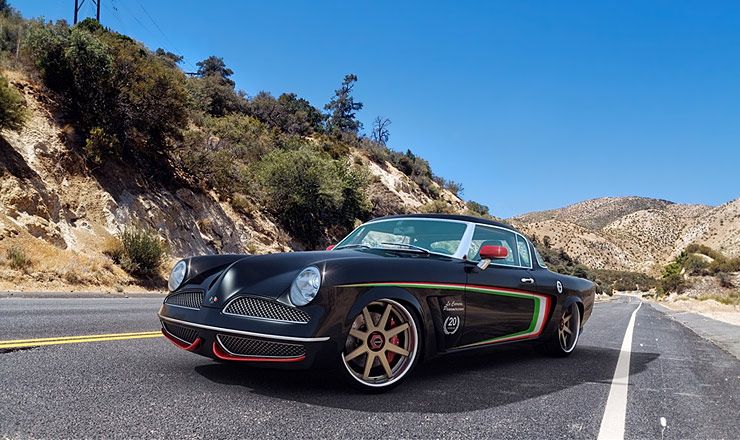 The Studebaker Commander 1954 will be reborn in a special series of 20 units with a Corvette engine. The idea from GWA is to make 19 examples of their design in yellow livery to be auctioned, and only 1 black version to be kept as the pace car of the event for the years to come.

The classic body has a modern touch while underneath the skin resides a supercharged 6.2-liter Chevrolet Corvette LS9 V8 developing 620 hp / 600 lb-feet of torque sent to the wheels through a 6-speed manual transmission. The car uses Brembo HPK brakes, special suspension and a reinforced tubular chassis.

The price has not been established and will be calculated during assembly of cars. But it will not be cheap.