During a famous episode of Top Gear, Jeremy Clarkson drove a Reliant Robin, and much to the comedic pleasure of the audience, it would roll when taking corners without fail. 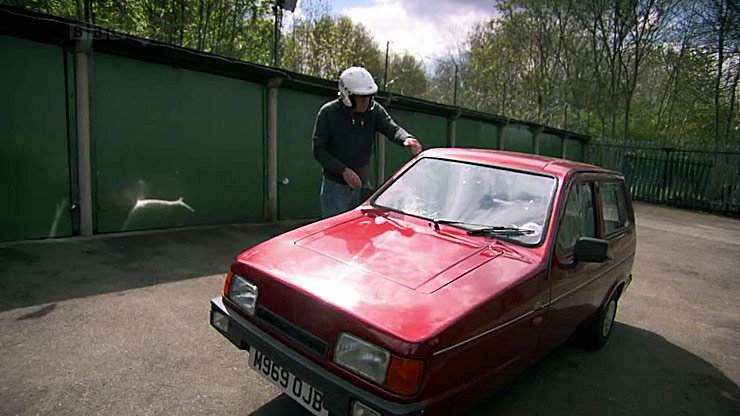 The Reliant Robin is a three-wheeled car that falls under motorcycle registration in the UK, allowing young, unlicensed drivers to drive a vehicle with better weather protection than a motorcycle – just don’t call it a car, by UK law. One notable trait of the Reliant Robin is its instability; they’re prone to roll-overs with their narrow track width, three-wheel design, and weight balance.
Jeremy was challenged to drive the Reliant Robin from Sheffield to Rotherham, a journey of 14 miles. During the journey Jeremy rolled the Robin 7 times.
– 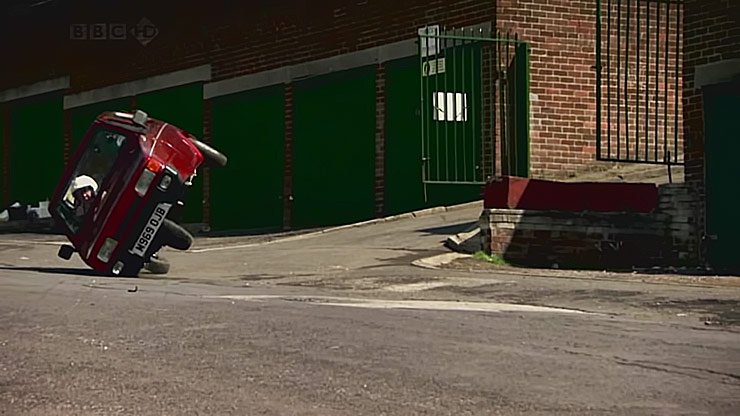 In the Top Gear episode, a Reliant Robin owners club jokes about carrying toolboxes or using concrete slabs as ballast to keep their Robins solidly affixed to the ground with all three wheels.

Naturally, Clarkson exploited this fault to comedic levels by conveniently rolling his Robin in front of various UK stars like musician Phil Okie, club owner Peter Stringfellow, and BBC news anchor Harry Gratton, and he finally admits that it wasn’t truly the Robin’s fault:
“A normal Reliant Robin will not roll unless a drunken rugby team is on hand. Or it’s windy. But in a headlong drive to amuse and entertain, I’d asked the backroom boys to play around with the differential so that the poor little thing rolled over every time I turned the steering wheel,” said Clarkson in the Sunday Times Driving. 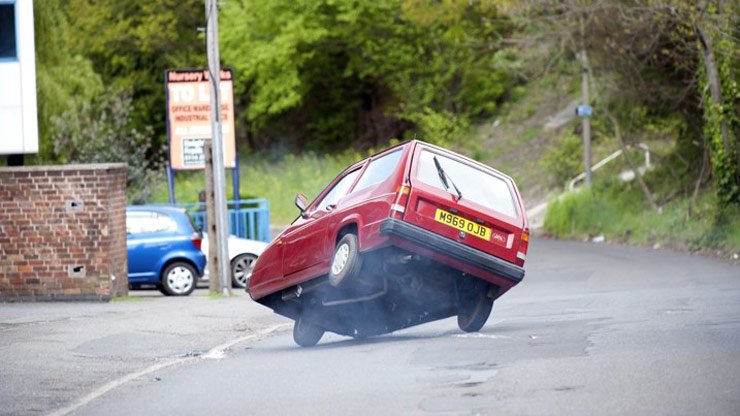 At the same time, he does appear to have a soft spot for the car he loves to hate: “Owning a Reliant Robin is like having a family pet. Yes, it’s a nuisance sometimes, and, yes, it can be stubborn and unreliable, but it scampers when you go out together, and if you play with its differential, it will even roll over so you can tickle its tummy.”

If you haven’t seen the episode, check out the clip below to see the three-wheeled Reliant Robin do everything it can to stay upright.