A limited edition of the most famous and beloved Firebird Trans Am is back! Yes, Pontiac produced the Trans Am from 1967 to 2002 but you can still go and buy a new Trans Am.

The company Trans Am Depot introduced a new, extremely limited, Trans AM SE Bandit Edition, based on the bones of the fifth-generation Chevrolet Camaro, inspired by the famous and unforgettable black and gold example that starred in 1977 hit movie “Smokey and the Bandit”. They will produce 77 modern replicas, all signed by “Smokey and the Bandit” star Burt Reynolds.


Trans Am Depot model features all the details and elements painstakingly crafted to reminisce the original vehicle, paying more than a tribute to it. Of course, there’s also a big bird plastered on the hood.
– 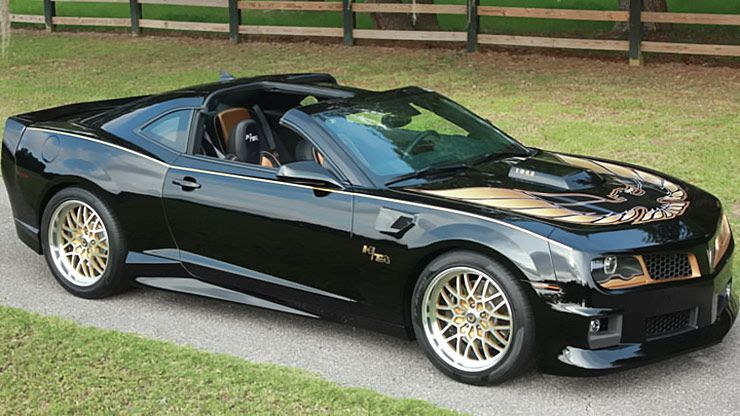 “The Shaker hood and T-tops were a must. If you don’t have the T-tops, you don’t have a Trans Am,” said Scott Warmack, co-founder of the Trans Am Depot. “To see Smokey and the Bandit, it’s like you remember your first kiss, you always remember where you saw the movie, who you were with,” he said. The white-letter tires and snowflake wheels complete the retro effect. “It was hot in every way. It was a love story and most guys like a love story with a car in it,” said Burt Reynolds. 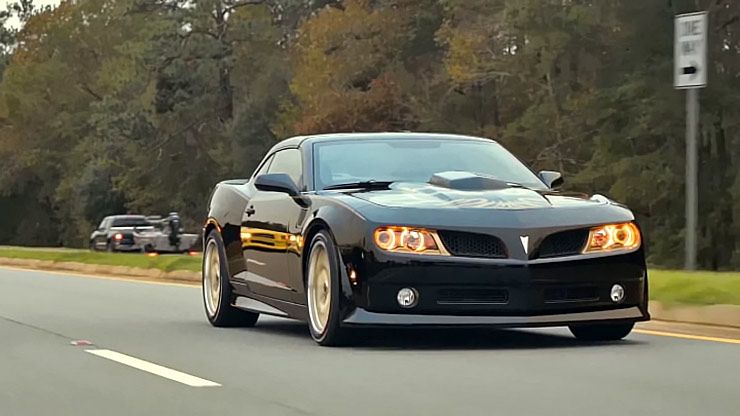 Traditionalists will, of course, dismiss this new car as a pale imitation of the original, but the Trans Am SE Bandit Edition benefits from the advance of technology. The cars are equipped with 7.4-liter LSX V8 supercharged engines that can put out as much as 840 horsepower, about 650 more than disappointing 185 horsepower original Bandit Trans-Am, which should please even the most jaded traditionalist.

Pricing starts at about $115,000, which includes the cost of the donor Camaro.