The exterior was a collaboration of sorts. Jonas had some of his own ideas for the truck’s overall look. To turn dreams into reality, he turned to the crew at Aero Collision in Lancaster, New York. “I was open to what direction to take,” said Jonas. “There was a 1970 Yenko Nova in the shop and we started throwing ideas around and started with the installation of what I believe to be the better looking front treatment from the 1967 model. Around back, we substituted the clear lenses from the Blazer, so it’s subtle things that might initially be overlooked that make the truck special.”
– 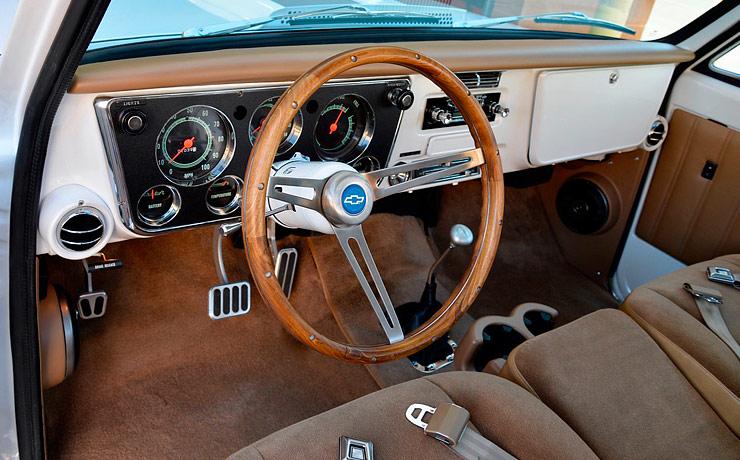 While it was undergoing its restoration, the truck went from a long-bed to a short-bed configuration. The Auto Collision team moved the fuel tank, freeing up some interior space. “We modernized the wiring in the interest of safety,” said Jonas. “We took the best elements, things like the taillights I mentioned earlier, from the truck’s six-year production run off to incorporate into this truck. 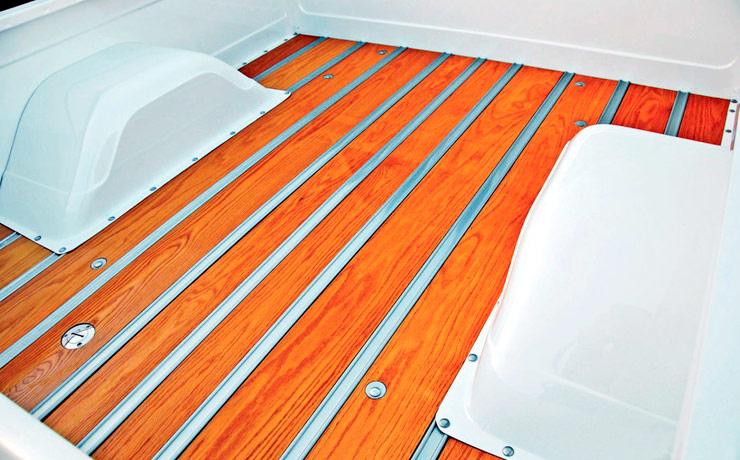 Getting the color became a process. “Believe it or not, it started with a silver paint that Sherwin Williams supplied us for the frame,” said Jonas. “The way it worked out is that we primed the body with the same silver, then applied a bright white with pearl added. After the exterior paint was applied, the silver was applied through a razor-cut stencil for all the accents then the clearcoat was applied. The result is really striking.”

The overall look of the truck goes beyond the understated exterior modifications. Contributing to the appearance is a lowered suspension from Hotchkis and the 18-inch six-spoke Centerline wheels shod with Goodyear Eagle GSA, 225×18 up front, 295×20 in the rear. The selection of the 225×18 inch set up front allowed lock-to-lock turning with no fender scrub. For the interior, Jonas turned to his wife Sandra, who is an interior designer. She selected the buff-colored trim, which contrasts perfectly with the body-colored metal surfaces. “Originally I wanted two-tone trim for the interior,” said Jonas. “My wife, showing me the color palette she had laid out, made the case for the monochromatic look as far as the soft surfaces were concerned.” Other upgrades to the interior include the deluxe dashboard from Classic Industries, a Vintage Air HVAC system, and an audio upgrade from Custom Autosound that included kick panel-mounted speakers. 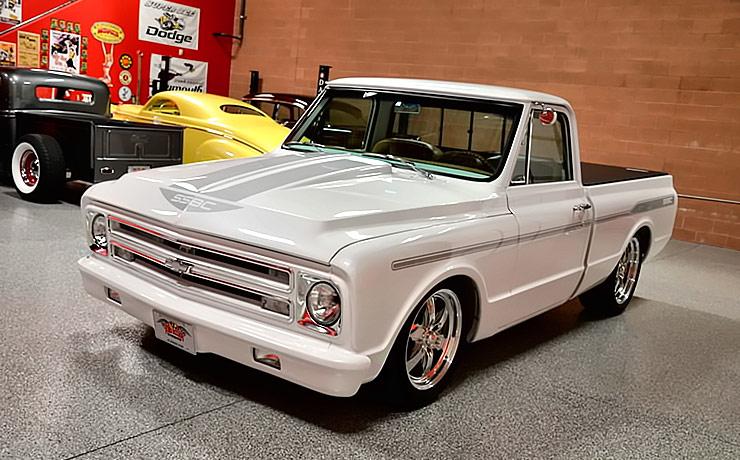 If he wasn’t so busy building COPO Camaros and SCCA-winning Corvairs, might have Don Yenko turned his talents to the truck market? It wouldn’t be hard to imagine that, if he did, the results might mimic what Michael Jonas accomplished more than 30 years later.

This truck, originally built in 2003 by SSBC and Aero Collision in Lancaster, New York, could have just as easily rolled out of the service bay at Yenko Chevrolet in Canonsburg, Pennsylvania, in 1970. That’s something to think about. 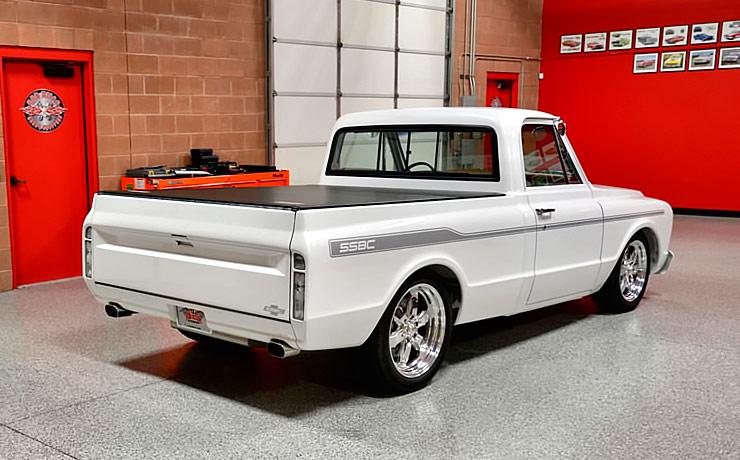 You can check another great C10 here.