Over the course of little more than a decade,Yenko Chevrolet in Canonsburg, Pennsylvania, and its founder, Donald Yenko, established a legacy withinthe Chevrolet performance community that existsto this very day.

Starting in 1957, when Don set up a performance shop within his family’s Chevrolet dealership, Yenko Chevrolet became a destination for performance Chevy enthusiasts, just like Mopar fans flocked to Grand-Spaulding Dodge in Chicago, or as Blue Oval aficionados visited Bob Tasca Ford. These dealerships were the epicenter for performance at a time when the muscle car ruled and defined an era.
– 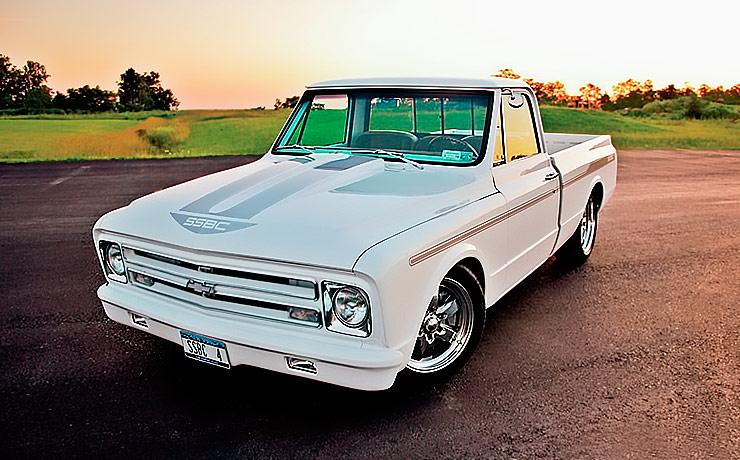 In the ’60s and into the early ’70s, manufacturers and dealers didn’t give much thought to high performance trucks, especially traditional pickups. The personal-use pickup started to come of age as the Big Three offered big blocks in their light-duty, half-ton pickups. They were typically low-stress, high-torque motors more suitable for towing a racecar-laden trailer to the track, rather than seeing how fast said truck could cover 1,320 feet.

Had Don Yenko survived – he died in an airplane crash outside of Charleston, West Virginia, in March, 1987 – he probably would be smiling after seeing how Stainless Steel Brake Corporation’s (SSBC) Michael Jonas came up with his Yenko-inspired 1970 Chevy C10 pickup.
– 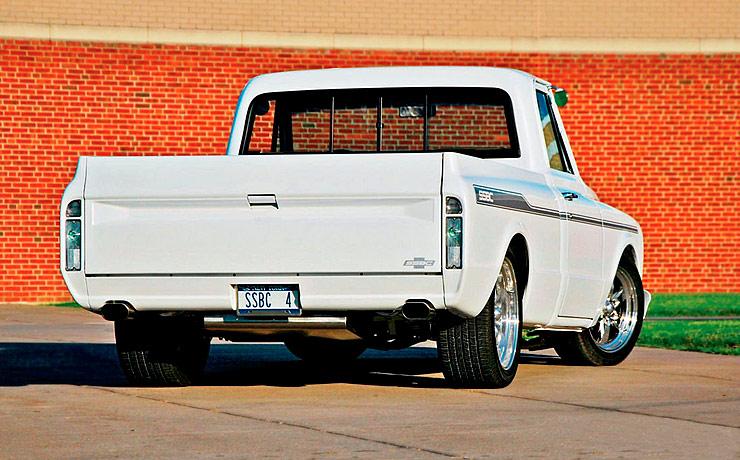 Over the years, Jonas has owned many Bowties, including 40 Corvettes. In a past life, the vehicle served as a landscaper’s truck in California. It rolled from the factory as a wood-bed half-ton. It was the staple of the American working man, a simple, rugged truck designed to do yeoman’s work, no matter the task asked of it.

From those humble beginnings, it became a show truck, designed to promote the products offered by SSBC. “The front brakes are the SSBC Tri-power kits for early GM trucks,” said Jonas. “SEMA awarded SSBC a GM Design Award for the Tri-power design and it’s been a very popular product ever since. In the rear, we used an SSBC kit designed for GM 10- and 12-bolt truck rear axles. It works great on applications like this where we installed 20-inch rear wheels as the rotor measures 14 inches. The set-up in the rear allows for an internal parking brake inside the rear caliper using the stock parking brake cable.” 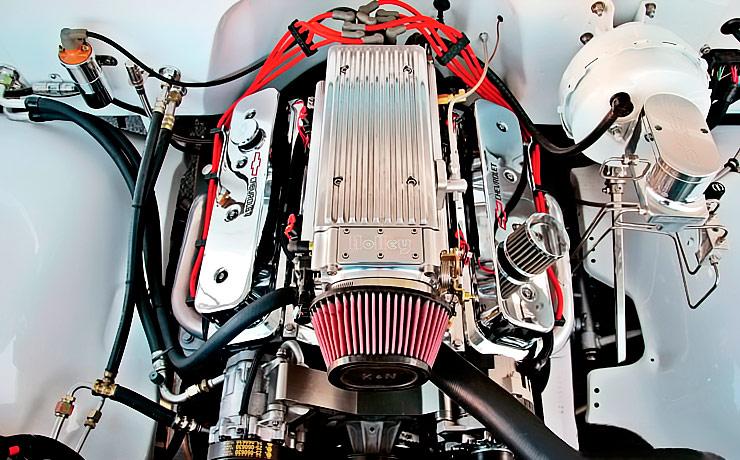 While showcasing the truck’s stopping power, it’s what’s under the hood that speaks volumes. Motivation comes from a bored and stroked version of the legendary Chevy small block, displacing 383 cubic inches and 475 horsepower that came courtesy of GM Performance Parts. Sitting atop the engine is a Holley/Barry Grant Six Shooter carb system. To handle the available 475 horsepower, Jonas upgraded the transmission with a 4L60E-based unit from Bowler. 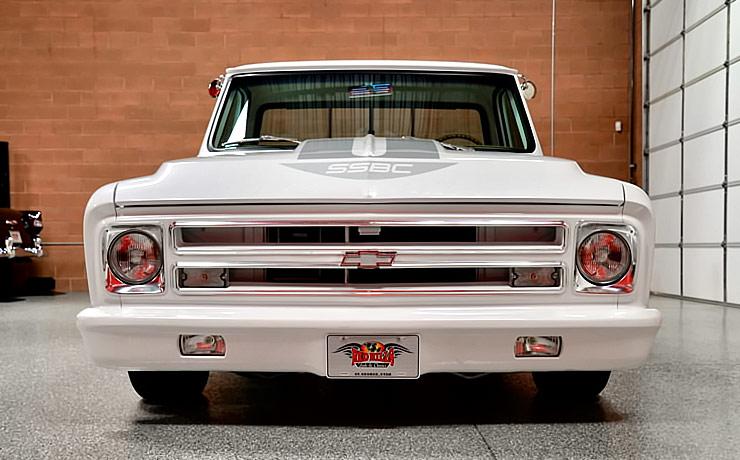