French wingsuit flyers Fred Fugen and Vince Reffet, otherwise known as the Soul Flyers, completed an unbelievable stunt after a base jump from the top of Jungfrau mountain in Switzerland. 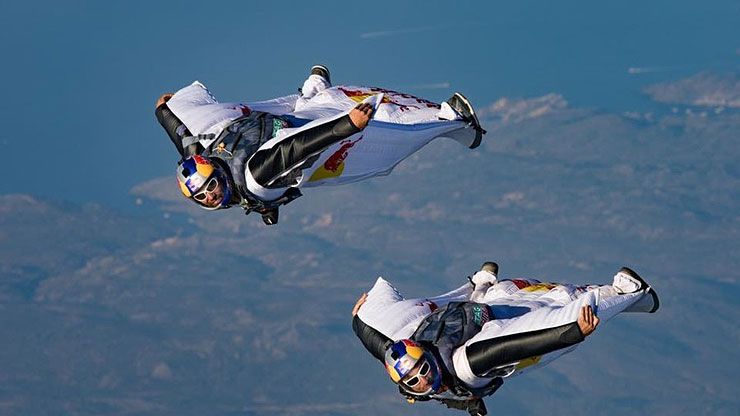 Thrill-seekers chased the plane through the air using only their wingsuits, and finally landing in a moving plane in mid-air using a side door that was just a few feet from the aircraft’s spinning propeller. This seems beyond science. Beyond sense, too.

The Flyers said they trained for two months. The first time they tried it – in Spain – Fugen made it, but Reffen didn’t and injured his ribs. After that they practiced the stunt over 100 times before strapping cameras everywhere to capture the action.
– 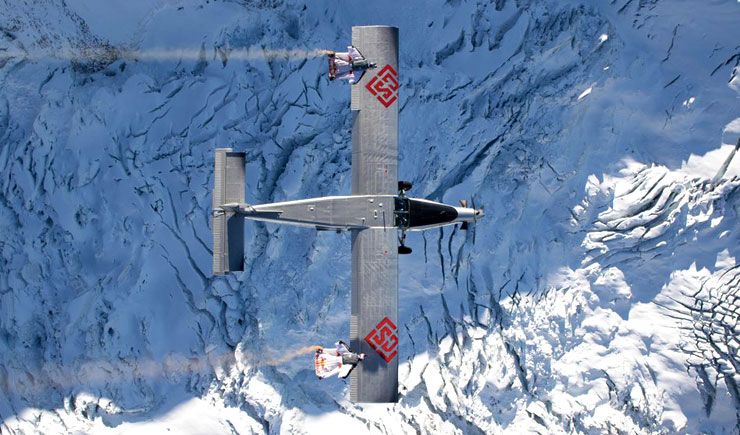 “When we started to train, we thought it would be easier to be honest. Then we realized that it was quite a technical and mental challenge. We had to be focused,” Reffet said.

“We’re used to jumping from the plane, but here you have to enter into it. You’re falling down and all of a sudden there’s no air anymore. The feeling is quite strange,” he explained. 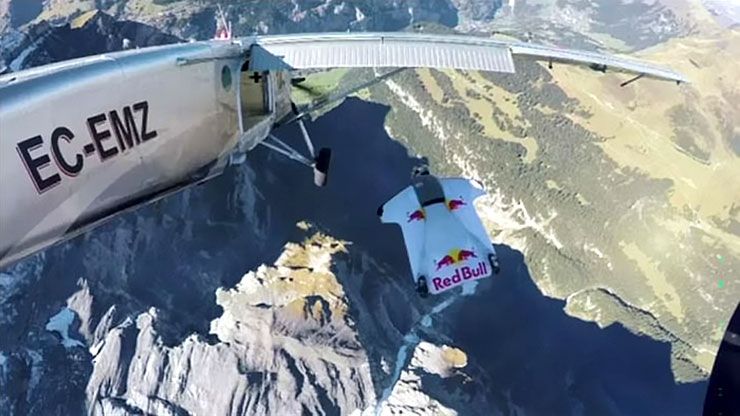 Was the stunt totally ridiculous and unnecessary? Yes. But it was still pretty awesome.

Click on the video below to see the way duo landing in the tiny cabin of Pilatus Porter light aircraft in mid-air. Now that’s a different way to catch a flight.