Rat Rods: rumbly, rusty and turning heads on the roads.

Have you ever seen a rusty beast roar down the street, smoke billowing behind it, and its engine staring you in the face? Maybe it was showing off its patina or wearing a simple, dull shade of grey—nothing much to look at, but a ruler on the road, begging to be driven? If this sounds you familiar, you were probably looking at a rat rod. And how lucky you were. While you may not be able to smell a rat rod, you’ll certainly know when one is coming.
– 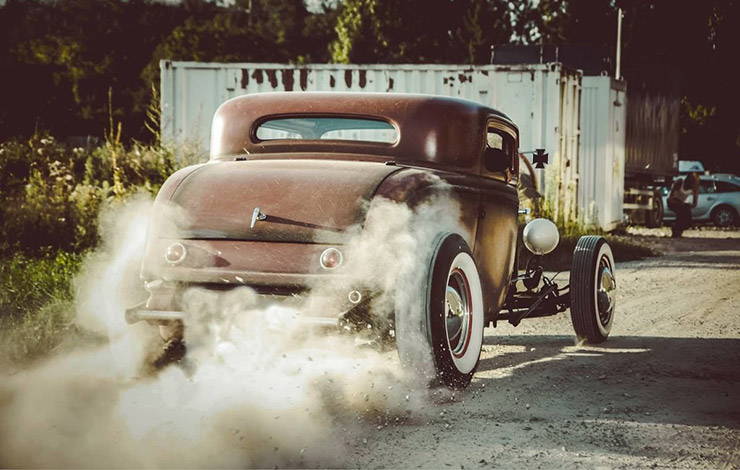 Rat rods are gritty, appear unfinished, and thunder down the street leaving smoke in their wake. They are nobody’s “show car.” But that’s okay because rat rods don’t have time for show-and-tell—they are too busy burning up the streets.

Rat rods were born out of “kustom kulture.”  While hot rods are cars whose engines are modified for speed and custom cars are automobiles modified for style, the rod is modified for performance and makes no bones about it. Rat rodders aren’t concerned with looking pretty—they want power and lots of it.  At its core, the rat rod emulates its predecessors—the early hot rods of the 1940s, 1950s, and 1960s.  But, while hot rods are accurate re-creations and restorations of iconic cars, rat rods infuse their own personality into their “beater” base and don’t worry about using all the “right” parts.
– 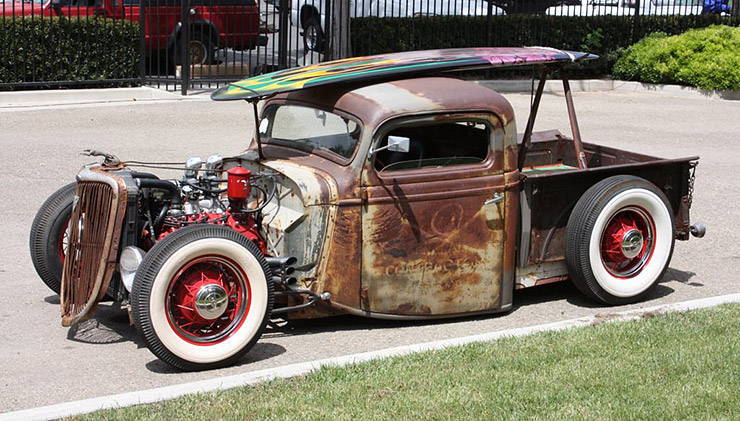 You could say that the rat rod is the hot rod’s “bad” little brother. The rat rod was influenced by the biker, greaser, rockabilly, and punk cultures.  Rat rods are bold and unconcerned with perfection or appearances—they are all about function, not form.

Rat rod culture identifies closely with the brooding James Dean rule breakers of the 1940s and 1950s—hence the slicked back hair and tattoos you are likely to see on many a rat rodder, with a flame or two thrown in for decoration.  Rat rodders often scorn hot rodders’ tendencies to make their cars “garage dwellers.”  Rat rodders were born to ride. 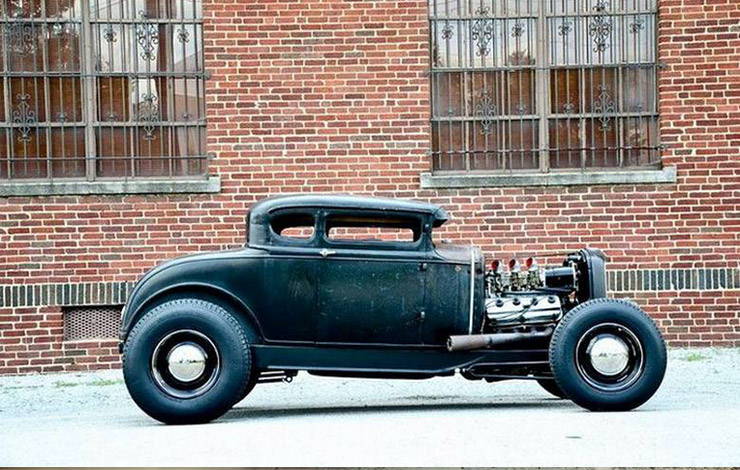 While a hot rod is a car you could proudly bring home to meet your parents, a rat rod isn’t an automobile you’d bring on a date. You are meant to drive a rat rod, not show it off. And, sure, like every “bad boy,” the rat rod has its haters.

Some rat rodders attribute the car’s origins to the December 1972 issue of Rod & Custom magazine, which featured an article on the “beater,” which many identify as the rat rodder’s predecessor. Others say it was Gray Baskerville’s article in Hot Rod magazine, calling a 1932 Ford roadster painted in primer a “rat rod.”  Baskerville confirms his usage of the phrase “rat rod,” though he can’t say if he was the first.  He explains that he spun “rat rod” from the term “rat bike,” referring to motorcycles that are put together with just the bare essentials. Indeed, the “gritty” and “unfinished” elements of rat rodding make the cars fairly inexpensive to build—another aspect of their popularity.


The history of “modern day” rat rodding really began back in the late 1980s. The late ’80s was a crazy time when Guns ‘N Roses, L.A. Guns, Ratt, Twisted Sister and Bon Jovi were playing on the radio. 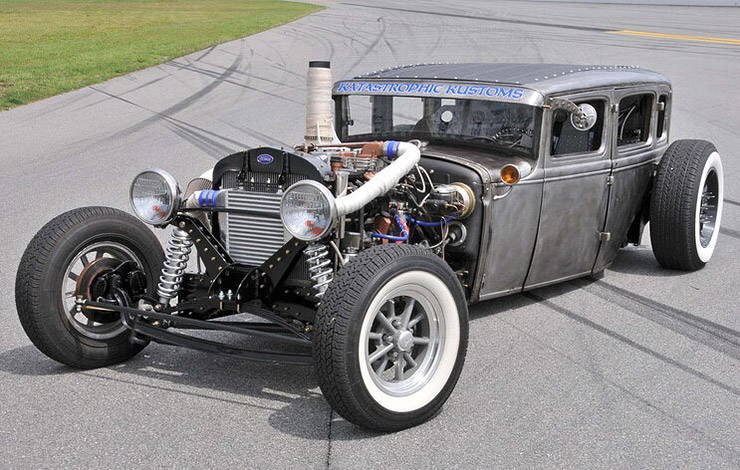 To join the rat rod crowd, you need to start at the junk yard—or the classifieds—and search for the perfect starter car.  (You may hear them called “starter rods,” “heaps,” or “beaters.”)  All you need is a chassis and you’re good to go, though you’ll be smart to look for a late 1920s through 1950s coupe or roadster. Those are the cars most rat rodders typically tend towards, favoring pre-WWII Fords like the Model A and early 1940s Plymouths and Chevrolets.  Once you have your starter rod, you’re going to gut it and cut it. How you customize your rat rod is up to you. 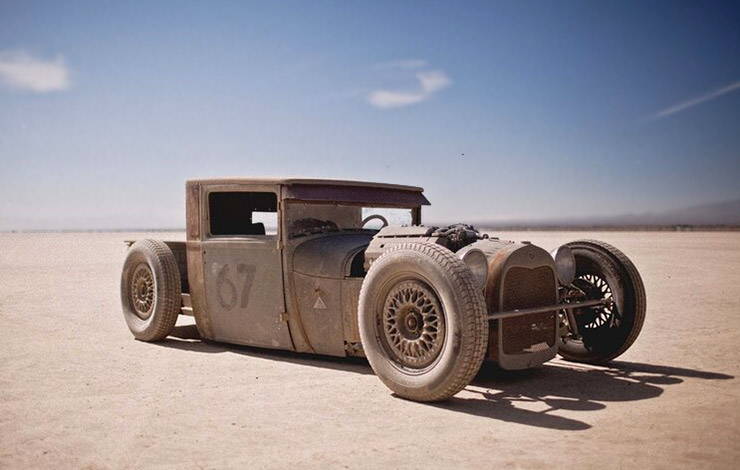 Of course, you’re going to need an engine.  Look for flathead V-8s like early Chrysler Hemi engines, for example, if you don’t opt for a newer, small block V-8. The engine is often exposed, a tribute to the old-school machinery powering it and a perfect homage to the rugged utilitarian nature of the motor that is not decorated with chrome and plastic.


While many rat rods share similar attributes, there is no rules when it comes to finishing your rat rod.  Some rat rodders are all about patina—surface rust.  Others prefer a simple primer—matte paint in either black or grey. Still, other rat rodders enjoy a healthy mix between the two, and overjoyed when a heap still has its original paint.  Forget chrome. You won’t find it on rat rods—that’s a hot rodder’s accessory.  And feel free to mix and match your grille, fender, taillights, etc.  Rat rods are rule breakers, remember? 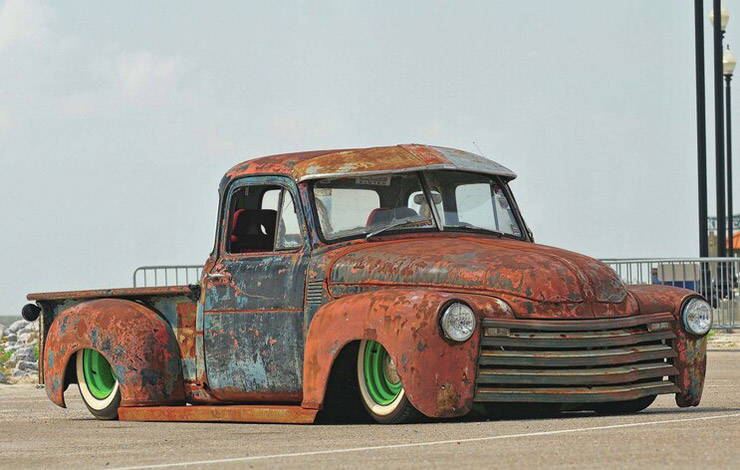 You may notice that a few rat rods have their axles mounted directly to the frame. That’s to place the car as low to the ground as possible so it literally hugs the road when you drive.  Inside a rat rod, Mexican blankets are popular bench decor—a rat rod’s interior is left intentionally bare.  Why waste time on gussying it up when the point of a rat rod is to get it on the road? 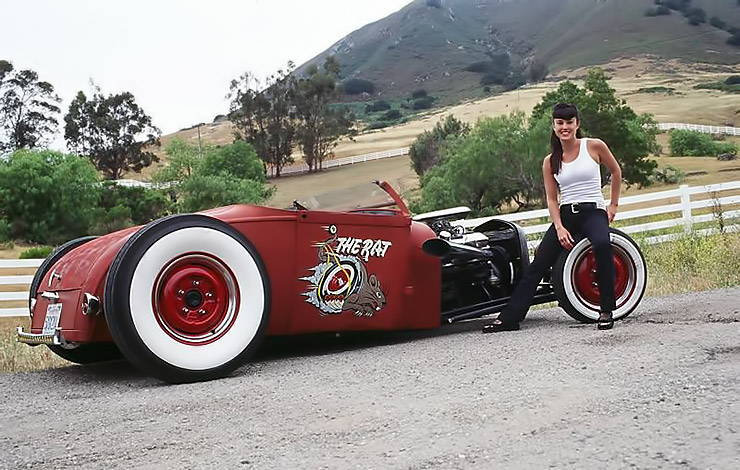