Do you want to customize your car and make it sleeker, more dramatic, and cooler than ever? Customizers of all stripes agree—you have to chop the top. 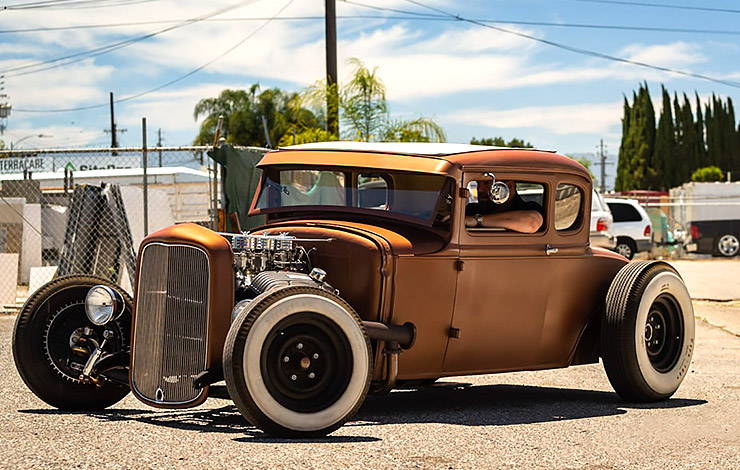 Kustom kulture rallies around chopped tops.  You can’t talk kustoms without talking about chopping and channeling and flip through any issue of Hot Rod magazine and you’re bound to see your share of chopped customs.  Tim Bernsau of Rod & Custom said in his article “Top Chop Tricks From a 1932 Ford Coupe” in the February 2009 issue, that more has been written on chopping tops than any other customizing technique and a quick Google search would seem to prove him right.  Chopping is still all the rage—60 years after it was first popularized.

To “chop a top” is to bring the top down a few inches, cutting the pillars and windows, which lowers the roofline.  Sam Barris is said to be the first chopper—he chopped his 1949 Mercury straight out of the showroom and went onto chop Larry Ernst’s 1951 Bel Air fastback and the 1951 Hirohata Merc.
–


The Hirohata 1951 Mercury Club Coupe built by Barris Kustoms[/caption]After that, chopped tops were all the rage, especially in the 1960s.  Harvey Earl popularized them with his “dream cars” in the General Motors Motorama shows.  Concept cars with lowered rooflines gave the public a look at automotive design at its most chic while giving customizers lots of ideas for how they could chop their own cars.  Design sketches from that time also reflect the chopped top look.  To this day, concept cars are still chopped, even when they are meant to reflect the production cars.  Chopping never goes out of style.

There is no one way to chop a top and many customizers refer to chopping as an art form for that very reason.  Some pledge allegiance to the 2/3 body and 1/3 top formula.  Still, others like to eyeball it based on the car’s individual characteristics.  Said Simon Watts in his article, “The Hardtop Chop: Unboxing a Shoebox” in the February 2009 issue of Rod & Custom, “I like to think of it more along the lines of a woman’s figure.  You can’t calculate a formula to find out why it’s great; you just know it when you see it.”  In the third part of his “Hard Top Chop” series, Watts shared his secret: “Cut, stand back, and weld it together once it [looks] right.”

Other customizers agree with Watts’ statement that chopping is about a car’s figure coming together as a whole.  “No one part stands out more than any other,” Watts advises.  “Each curve and line flows into the next flawlessly, all the major shapes complement each other in a pleasing way and they all work from every angle.”  Isn’t that how every customizer envisions his or her project’s final product?  Unified and aesthetically impressive?


Of course, there are wrong ways to chop a top.  And many customizers warn that too severe a chop can have disastrous results.  In “How to Chop a Truck Top Without Blowing It Chop Your Top,” an article from the July 2009 issue of Custom Classic Trucks, John Gilbert likens a chopped top to a tattoo—it’s best to get it right the first time, he says.  But, when it’s done right, “A customized classic with a chopped top is more than just plain badass, it’s as cool as it gets.”  With such potentially explosive results, it’s worth a try, right? 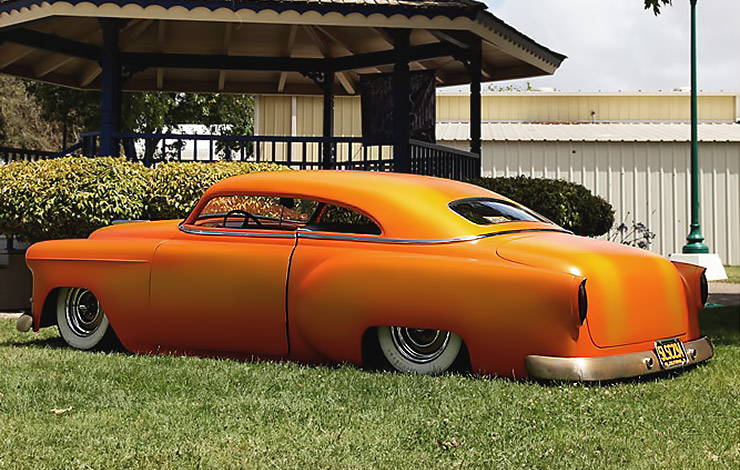