Not sure what that is? Well, the Purple People Eater is what scientists have believe is single handedly reasonable for causing the 2011 Virginia Earthquake! Does that tell you something about the car? This car is an uncontrollable beast form another world! 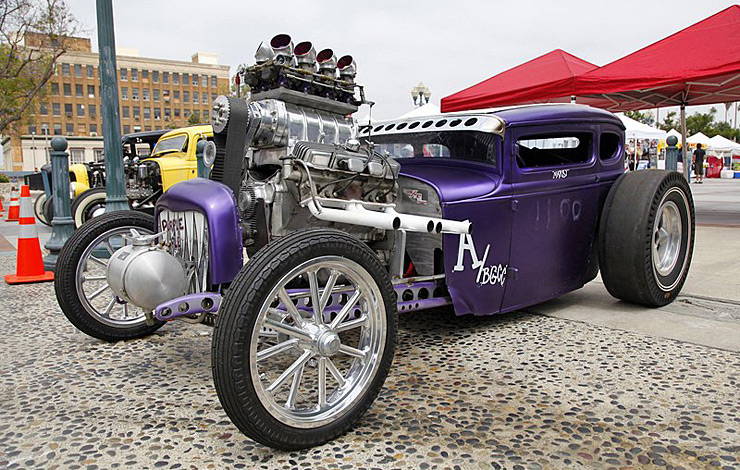 The car was built back in the late 90s by Marky Izadardi of the shifters car club. If the Purple People Eater looks scary, dangerous, fun, or wild to you, then Marky did his job when he built the car!

The concept for the Purple People Eater came when Marky, his brother Alex and the rest of the Shifters Car Club wanted to build an early 60s style altered dragster hot rod with a bit of an Ed Roth influence that is actually driven and occasionally raced. A true Hot Rod that was homebuilt, fun, original, and a piece of art compared to the thousands of Trailer Queen street rods that made up most of the hot rod shows at the time. 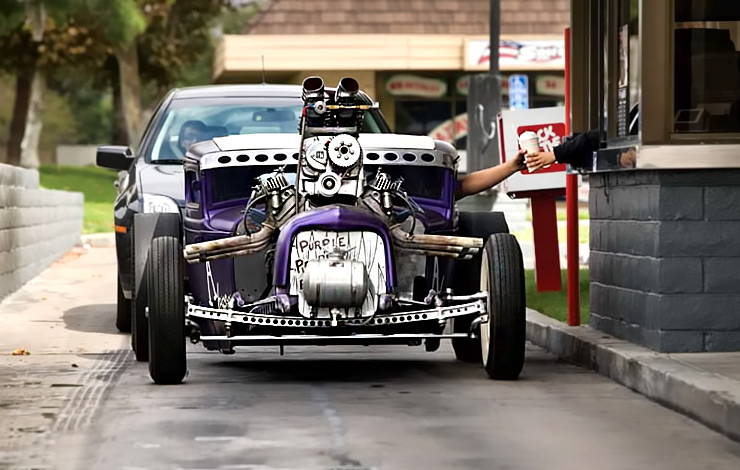 Markey and Alex got the project started when they found an old hacked up Model A Sedan body which would become the body of the project. Markey and Alex were both huge Pontiac fans so when they went looking for a mill they found an old 56 Pontiac 316 that had been bored and stroked out to 405! The motor was from an old altered that ran back in the early 60s at Riverside race way, it even held a record there!
– 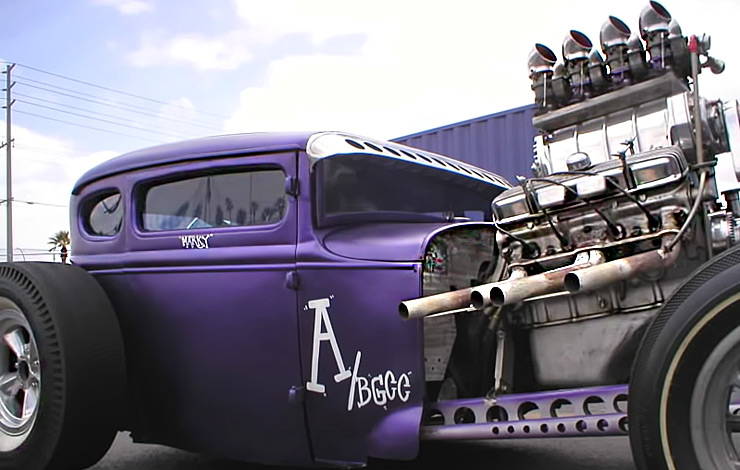 What Markey did to the mill next was put a Hampton blower on top of it with eight Stromberg Carburetors on top it! (Yes eight of those things)! The Pontiac mill and the front end was placed higher up for weight transfer during launch on the strip (just like most of the cars in the 60s). After the engine and transmission where installed the car was then giving its famous Purple and White paintjob and it was ready to be shown to the hot rod world!

The Purple People Eater was first shown to the world at the West Coast Nationals Car Show in Paso Robles California and when it arrived at the show full of street rods PEOPLE WENT CRAZY! Some were excited to see it, others were running for their lives because they thought this car was a serious monster going to eat them! Ok maybe no one did that but people loved it! 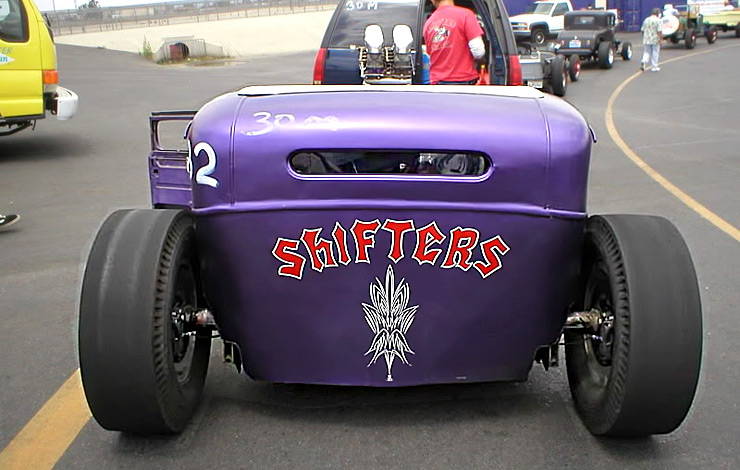 The car was an instant hit, it was what hot rodding had drifted away from years ago and it was what a hot rod was supposed to be; loud, faster, driven, homebuilt, and one of a kind built to the owners liking! 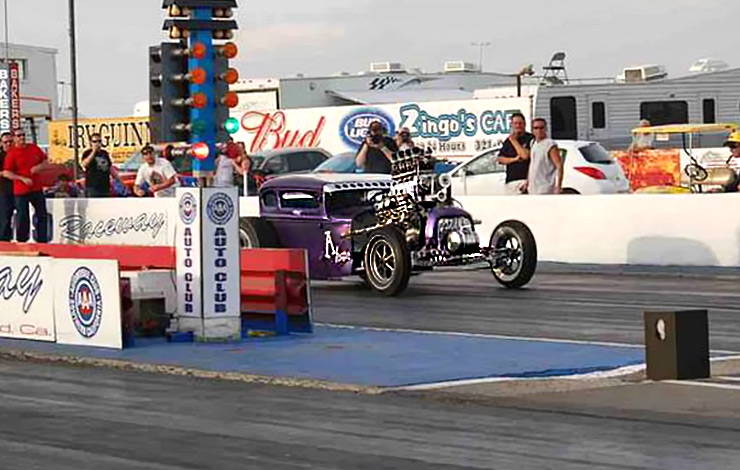 Overall the car wasn’t meant to be a functional hot rod it was meant to be a work of art to inspire builders and get people talking, in which it has done a really great job. The Purple People Eater is one of the most Amazing hot rods I have ever seen, I seriously think there should be a Hot Wheels car of it!