Cops have some exciting and risky techniques like the PIT maneuver to help them stop fleeing cars, but high-speed car chases are dangerous. They might finally come to a quick end thanks to a new invention called the Grappler Police Bumper.
Its maker, Stock Enterprises, touts it as the new standard in de-escalation of high-speed pursuits. This thing looks like it’ll make for some exciting live television. According to Fox 10, Arizona inventor Leonard Stock was fed up watching out of control police chases on television and decided to do something about it.

Police Bumper’s Grappler is a nasty little device that mounts to the front of police pursuit cars and stops a car chase right in its tracks, safely and securely. It shoots out a net that grabs onto the target’s rear wheel, wraps around it and completely drags the axle to a stop while destroying the tire. 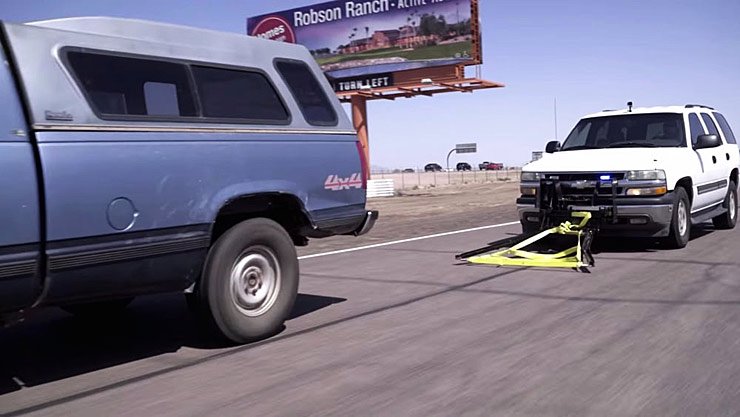 When you’re coming up behind the bad guy, you hit a button to deploy the Grappler, then more or less run into the back of his car with the center of your car in line with one of the fleeing car’s rear wheels.

The unique contraption is deployed by the push of a button from the pursuing police vehicle. A “Y” shaped net slides out from the bumper of the police vehicle and is maneuvered under the rear tire of the fleeing car or truck and – voila! – it wraps a heavy duty net around the rear wheel and axle of the suspect’s vehicle. 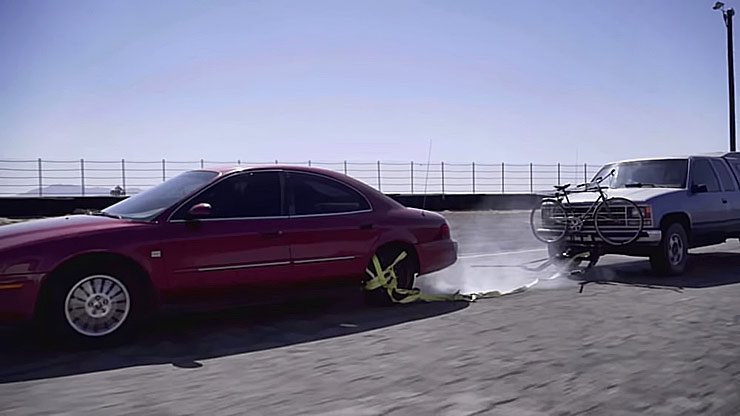 A large yellow net is hung between two extending posts, and it quickly gets grabbed by the tire and hauled up and over, where it wraps itself around the axle, brings the wheel to an abrupt stop (and the other rear wheel too, if it’s got certain types of rear differential). It often grabs with such force that it rips the tire right off the rim. 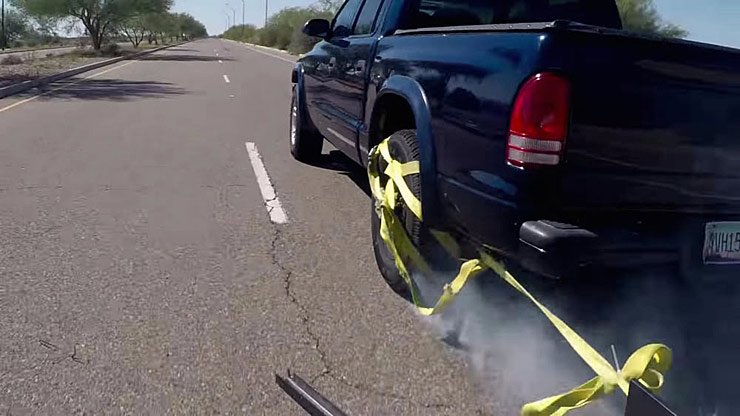 If the Grappler catches on with police departments around the country, criminals will certainly be kept on a must shorter leash and high-speed chases will become a thing of the past.

Police Bumper is hoping to get the Grappler out in the field with police operations around the US. We’ll wait and see if it takes off, but it sure makes for some cool video, as you can see below.