Incredible footage has emerged of a car ferry, with 140 passengers on board, hitting a harbor wall on the Spanish island of Gran Canaria.

The accident happened as the ship brought passengers back from a day trip to the nearby island of La Gomera. 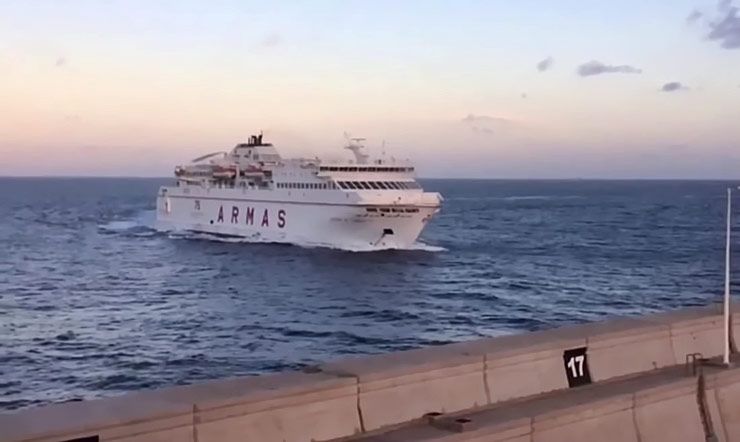 Video footage showed the ship  adrift and at the mercy of the sea before it hit the concrete wall at the entrance to Luz Port in the Gran Canaria capital Las Palmas.
–
An electricity failure stopped power to the engine, causing the ferry to hit the breakwater.

The crew attempts to stop the collision by getting the engines restarted and throwing down anchors failed. According to operating company Naviera Armas, the drop in voltage happened for only two minutes. The company insists the power cut would not have caused any problems had the boat been on the open seas or in a safe anchorage. 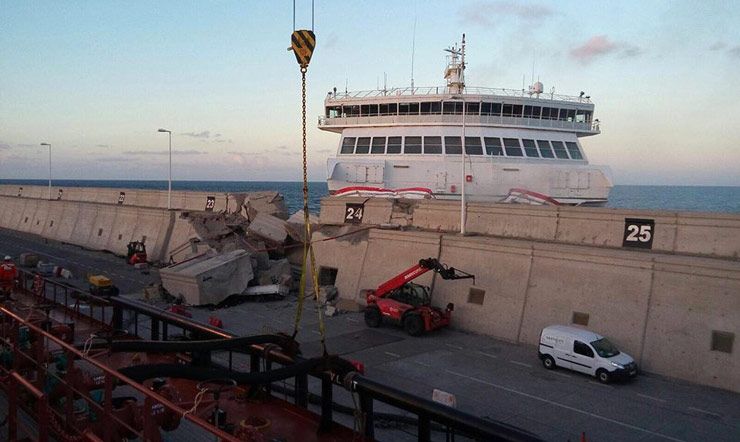 No one was seriously injured, although 13 people were treated for minor injuries. Most of those affected, who included a pregnant woman, suffered panic attacks. Five people were taken to hospital including one man who suffered a broken collarbone after falling to the ground during the collision. 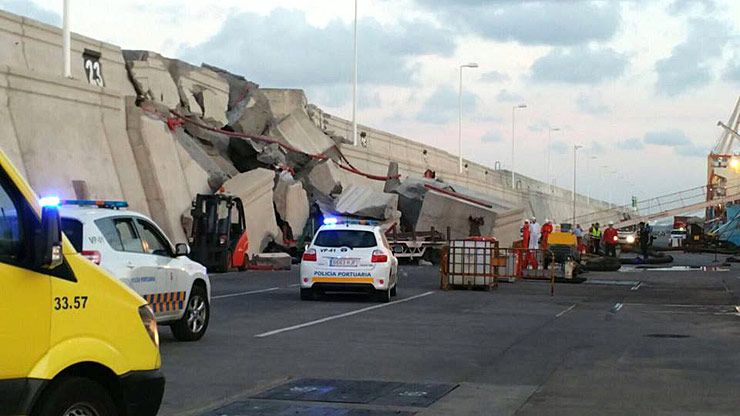 The impact from the vessel caused major damage to the pier. Also, the ferry hit underwater fuel pipes as it crashed, with emergency teams racing to contain a 2 miles oil slick caused by the collision. That pushed the local authorities to declare emergency for risk of marine pollution to the cities of Las Palmas de Gran Canaria and Telde.

The video below shows how the ferry Volcan de Tamasite lurches from side to side and heads straight for the harbor wall in Puerto de La Luz.