Gilbert tells readers from experience that bending the posts is bad because it’s difficult to put the windshield and windows back post-chop.  He also emphasizes the importance of taking one’s time, especially once the metalwork begins.  If you allow too much heat to build up, you will warp your roof—damage that is nearly undoable, unless you know a talented body guy.
– 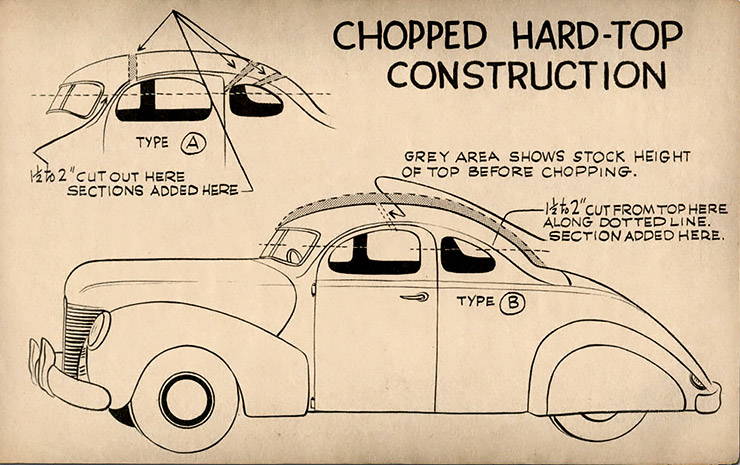 Traditionally, customizers chose to gas weld when chopping a top.  The new guys often use an MIG.  But the greats like Bill Hines, an expert chopper born in 1932, still swear by gas welding.  Hines only uses an MIG to tack-weld pieces in place.  The July 2009 article, “Chopping a 1951 Mercury – Master Chop” in Rod & Custom describes Hines climbing on top of the Merc.  The 77-year-old chopper was by no means a siting advisor.  (You’ll still find him in his shop 7 days a week if you happen to need any work done.)

If you’re thinking about chopping a top—here are a few pointers from masters like Hines.  Keep your car’s profile in mind when thinking about your chop—continuity is important.  Chopping a car with a wraparound rear window can be tricky—you may need to find a smaller rear window instead and fill in the quarter-pillar void.  Bending the posts makes it difficult to fit the windows and the windshield, so consider stretching the roof instead. 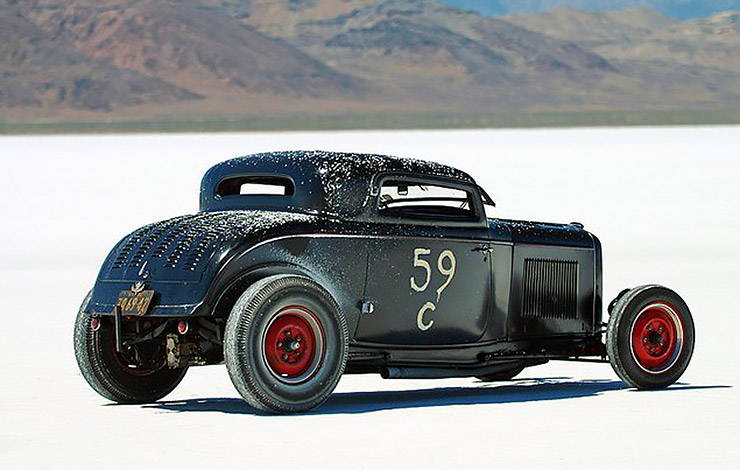 And, while you’re chopping, you might also consider channeling.  Channeling a car means removing the floor, bringing the car down on the frame, and reattaching the floor—the whole process brings the car lower to the ground and makes it look even more dramatic.  Customizers who love chopping often also love channeling, especially because it lowers a car’s wind resistance, allowing for an even smoother, faster ride. 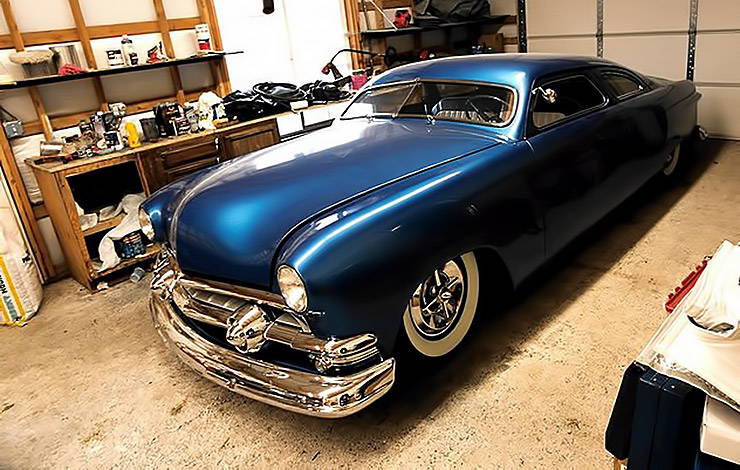 Dan Kahn said it best in “1951 Custom Chevy Chop Shop,” an article from the June 2004 issue of Rod & Custom, when he said, “Anyone can stuff a bigger cam in a motor, throw a Hurst shifter on the ol’ four speed, or swap on a set of flipper caps and white whites.  What really separates the men from the proverbial boys is taking a torch to perfectly good sheet metal and altering factor body lines.”  Ultimately, Kahn speaks the truth:  “If you want a full-blown radical custom, you’ve got to chop the top.”


There you have it folks.  What are you waiting for?  It’s chopping time.
Now watch Chopping a Top – Project Pilehouse DIY Top Chop videos: