The Bob Hirohata Mercury shows the simple yet breathtaking beautiful lines, the ultimate custom car that was built by Barris Kustoms.

It was a car that captivated movie audiences, inspired kustomizers, and tempted hot rodders. Batman arrived at crime scenes in one in a 1949 serial by Columbia Pictures. James Dean cruised through the Los Angeles streets in one in “Rebel Without a Cause.” And Sam Barris customized one for Bob Hirohata that turned out to be one of the most famous lead sleds of all time. 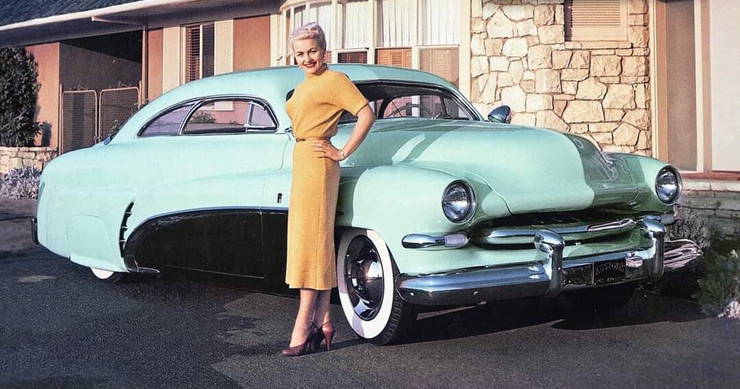 It was called the “Mercury Eight” and it was the first Mercury to boast a model name instead of just the marque. Before the Eight debuted in 1949, Mercury cars were simply identified by the brand name. Within a few years of the Eight’s release, Mercury was synonymous with street style, quickly becoming every customizer’s object of desire.

It’s not a Ford. It’s not a Lincoln. It’s a Mercury!
The Mercury marque, a Ford brand, was born in 1939 and suffered a serious identity crisis for its first decade. Edsel Ford hoped that pricing the Mercury between Ford and Lincoln would put it on par with Buicks and Oldsmobiles but many felt that Mercury simply couldn’t decide what it wanted. 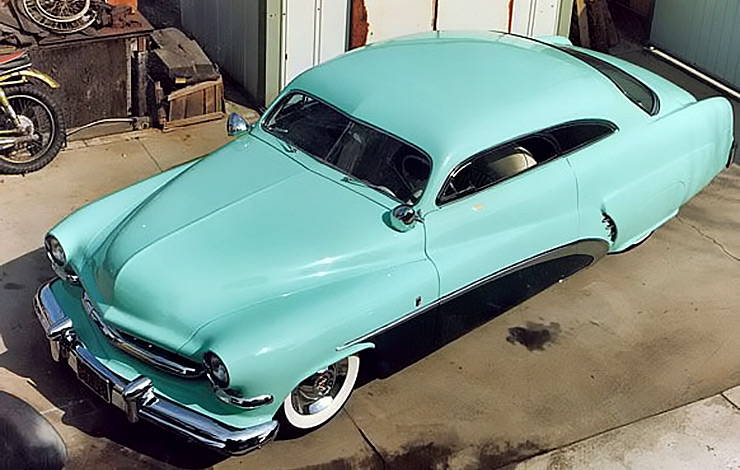 In his June article for The New York Times, “Mercury: A Brand Without a Cause,” Jerry Garrett wrote: “Ford itself never seemed completely sure of the concept. At various times, Mercury was pushed as dressed-up Ford; other times, it was marketed as a bargain Lincoln.”
In 1945, Mercury ceased to be its own marque, joining forces with Lincoln to create the Lincoln-Mercury division. That same year, the Mercury Eight went into development and executives crossed their fingers that the buying public would finally associate the confused marque with Lincoln instead of Ford.

Make Way for the Mercury Eight
From the big wigs to the critics to the car buyers themselves, Lincoln-Mercury’s first brand new model, the Mercury Eight, exceeded everyone’s expectations. The Eight emerged after World War II when the buying public was eager to drive home in new models after a four year wartime dry spell. Ultimately, not only did the Eight help Mercury distinguish itself from Ford, for a few golden years it even outshined the superbrand, coming in sixth in national sales in 1949 and again in 1951, selling more than 301,000 units in its first year alone. 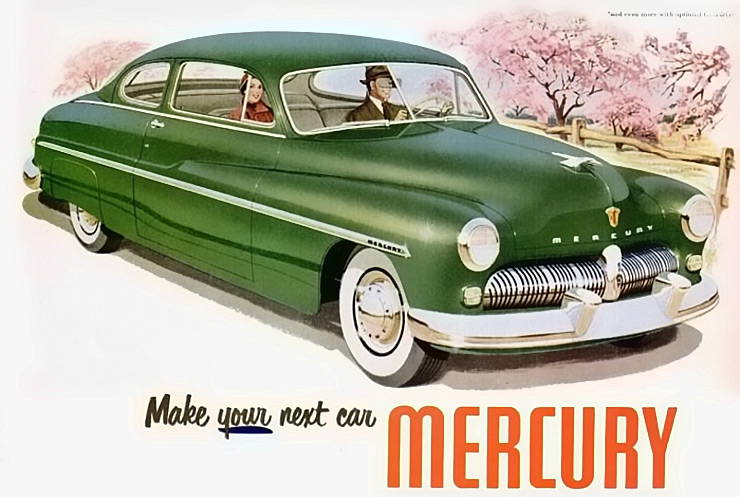 What made the Eight such an instant sensation?
To start, Lincoln-Mercury pumped more power into the Eight’s flathead 361 cubic inch V-8 engine than what was coming off the regular Ford assembly line. It topped off at 110 horsepower and could go from zero to 60 in 10.2 seconds, showing up every car in the Ford arsenal. The Eight’s full size body was longer, lower, and wider than other cars of the time.
And for a “Junior Lincoln,” the Mercury was affordable, starting at just under $2000 and maxing out at $2735 for those who wanted all the frills. Ford’s “inverted bathtub,” as drivers coined the main brand’s new design, was no match for the luscious curves of the Mercury Eight, which customizers soon discovered was also perfect for performance enhancement.

Photos, videos, and the rest of the story on the next page