Two separate forest fires back in 2012 fueled by hot and dry conditions had forced more than 50 residents from their homes in Ontario’s cottage country.

A fire over six hectares in size in the Milford Bay area of Muskoka was out of control in a populated area, so two water bombers from the Ministry of Natural Resources were sent to the scene of the blaze to get the fire under control. 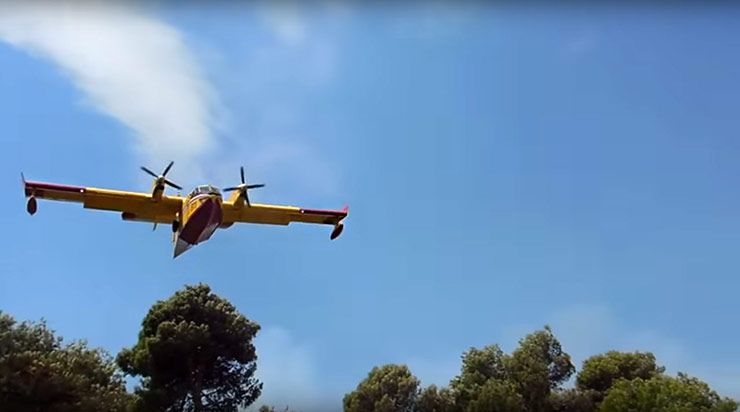 Here we have a video footage as a testament to the skill level and courage of Canadian Firefighters and Firefighting pilots!
–
The pilot is using the CL-415 water bomber the way it was designed to operate! Fly at tree level, drop into small lakes or rivers, power up, scoop up water and get airbourn quickly, drop water on fire, repeat…

CL-415 Scooper made by Canadair (now Bombardier).  Scoop and dump about 1000 gallons.  Originally had 2 Pratt-Whitney R2800 piston driven radials. That’s been upgraded to PW123AF turboprops so probably a CL-415A SuperScooper. Low wing loading, 8.0 or so aspect ratio, stalls at about 80, and climbs like a banshee at 1500+ FPS. 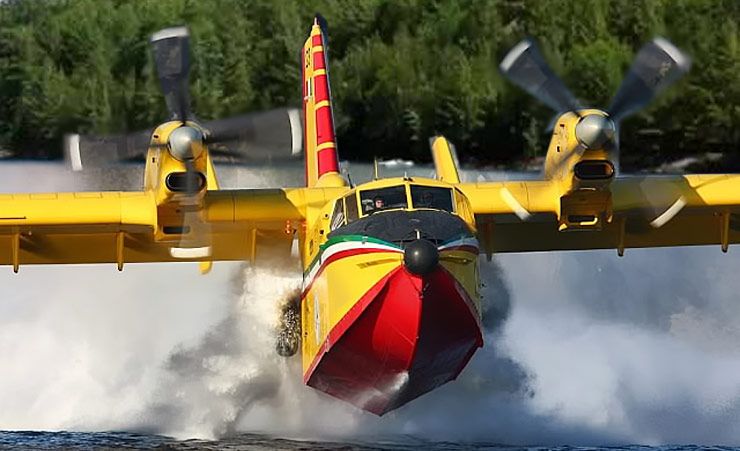 However, you don’t teach a pilot skills like that, they’re either born with it or not. This pilot was born with it, great flying. Even more impressive is the fact the plane gains over 8000 pounds in seconds and the pilot has to account for it! Everyone was in awe of this pilot’s skill!