It was 1989 when Emmett “Doc” Brown brought us to a world we all wanted to explore in one of cinema’s most memorable depictions of the future: Back to the Future Part II.

Robert Zemeckis and company evidently didn’t care much about making accurate predictions, but in many cases they did a remarkably good job spotting what was to come.
October 21, 2015. That’s when every technology and social prediction made in Back to the Future II is supposed to be the norm. But while Nike is trying to make self-lacing sneakers (but not really) and tech companies unveil hover-boards (not quite), the question remains — what did the movie get right right and what did it get wrong? 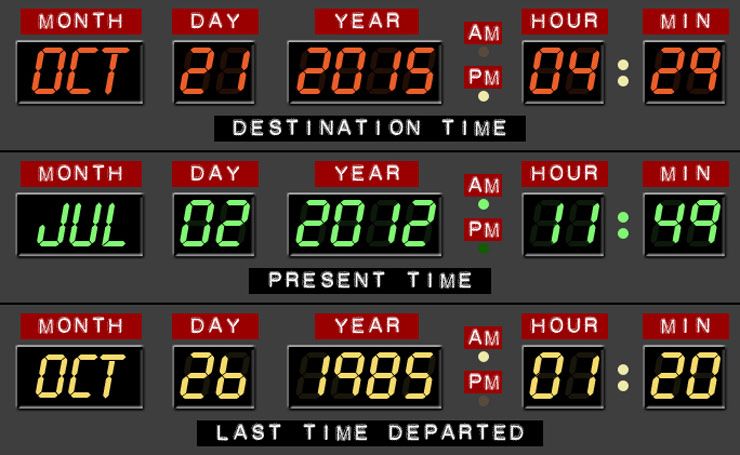 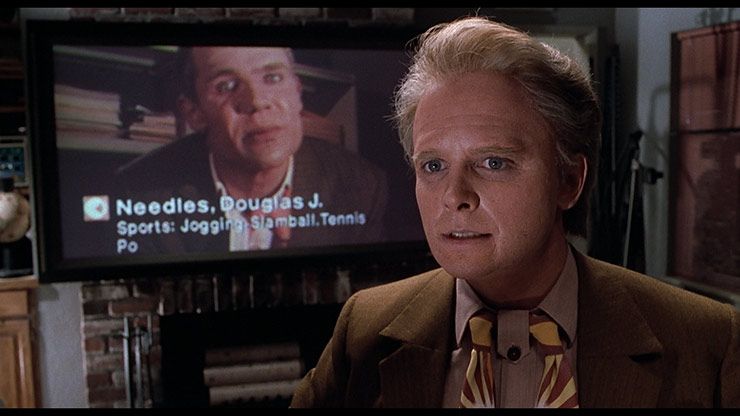 When Back to the Future II came out in 1989, people still watched TV the old-fashioned way — on behemoth boxes with only 27” screens. And yet, the movie rightly predicted that by the 21st century, we’d not only be watching TV on wall-mounted flat-screens but also be able to video conference like we do in Skype. Back to the Future II also foretold our access to hundreds of channels. Unfortunately, Michael J. Fox’s also wears two ties, so the film can only pat itself on the back so much.

WRONG: Pontiac Is Still in Business 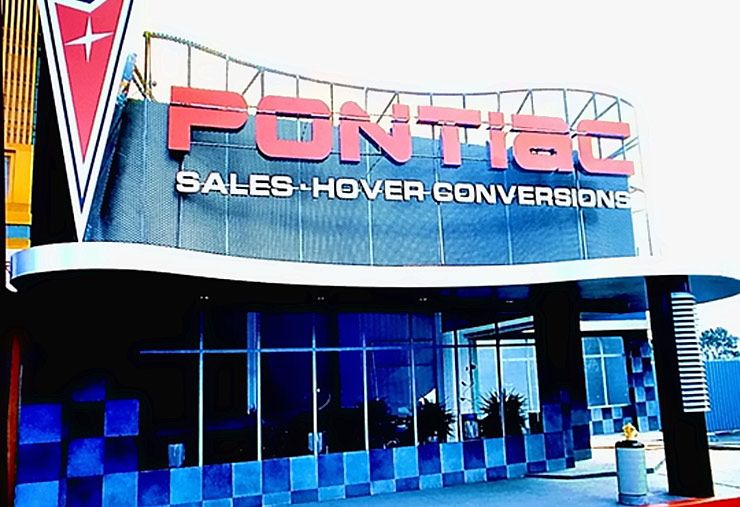 Back to the Future II clearly thought your 2015 hover-car would be a brand new Pontiac. Alas, the last Pontiac was built in 2009, and it could not fly (unless you drove it off a cliff, and then only for a moment). 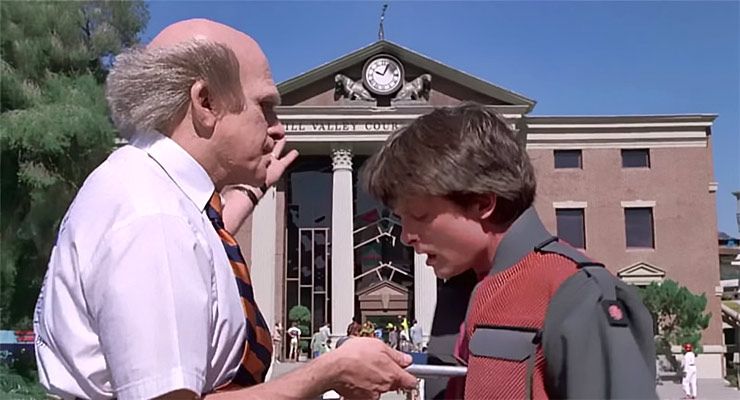 Sure, the idea of tablets first appeared in Star Trek, but Back to the Future II predicted the technology would literally be within our grasp by 2015. Unfortunately, it did so in a scene that also showed the sheer emotional power $11 in age makeup can bring to a movie.

WRONG: Diana Is Queen (and Alive) 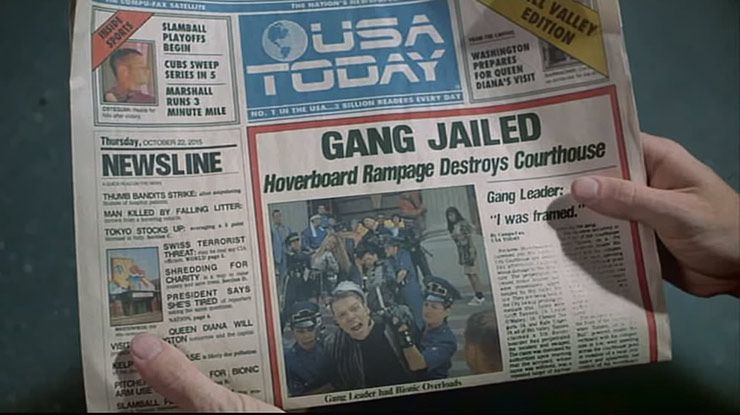 If you look at the top right corner of the above 2015 USA Today, you’ll see a headline that reads “Washington Prepares for Queen Diana’s Visit”. At the time of the movie’s premiere, Diana was the only royal Americans liked. But for that prediction to come true, Queen Elizabeth would have had to pass away (a fact that looks less and less likely, hinting that she could be wearing some sort of exoskeleton) and Princess Diana would have to be alive. That’s all rather depressing, so lets instead focus on the movie’s botched prediction that newspapers would be thriving in 2015. 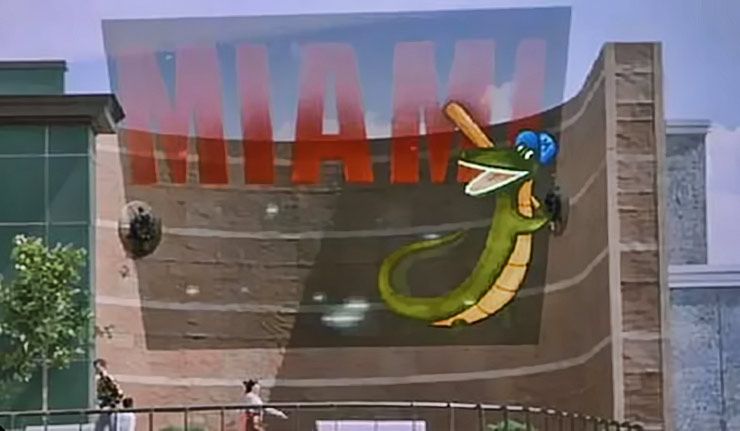 When Back to the Future II came out in 1989, Florida didn’t have any baseball teams. Now they have two, the Tampa Bay Rays and the Miami Marlins. Of course, the movie played it safe by citing a specific city but no actual team name. But the movie also made the very bold prediction that the Chicago Cubs would win the World Series in 2015. If you’re a betting person who doesn’t need a future sports almanac to play it safe, then by all means go against the odds and the apparent will of God and put it all on the Cubs. 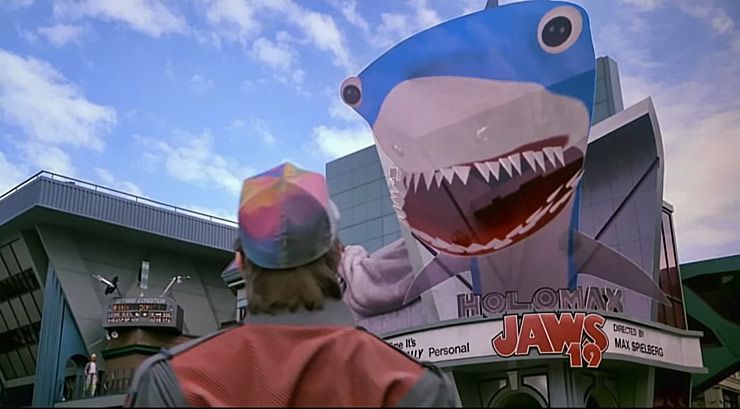 By the time Back to the Future II came out, Jaws already had three sequels, despite the fact that the title character died in every single one of them. It made sense that, even by 2015, people would still want to see a Jaws movie. Back to the Future II also predicted that movies would be shown in “Holomax,” since holograms were the epitome of the future in the ’80s because they kind of reminded everyone of lasers. But Back to the Future II did accurately predict Hollywood’s almost total dependence on sequels and that theaters would try any trick to lure people into paying over $20 to see a movie (IMAX and 3D). Alas, all that is undone by Back to the Future II’s other entertainment prediction — by 2015, we would still be watching movies on LaserDisc. Not very many people were even doing that in 1985.

Our favourite – who can forget that the HOVERBOARD now actually exists. 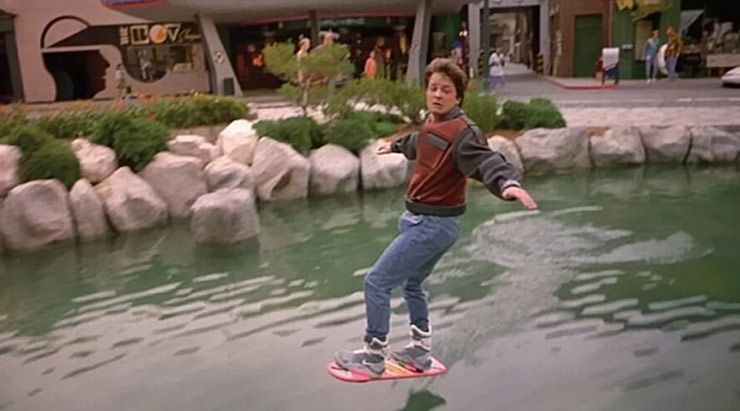 Check the link below and watch the video:
Hoverboard Like the one in “Back to the Future II” Movie for New Guinness Record 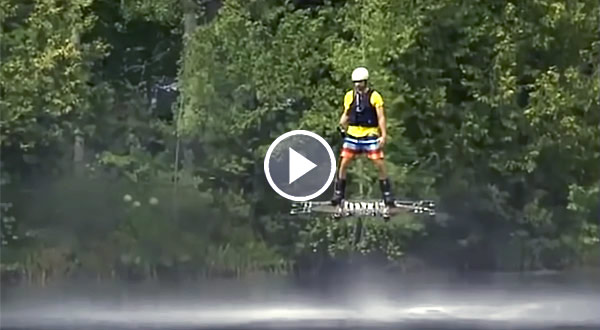