The Cord 810 was one of the most innovative cars when it was introduced almost 75 years ago. 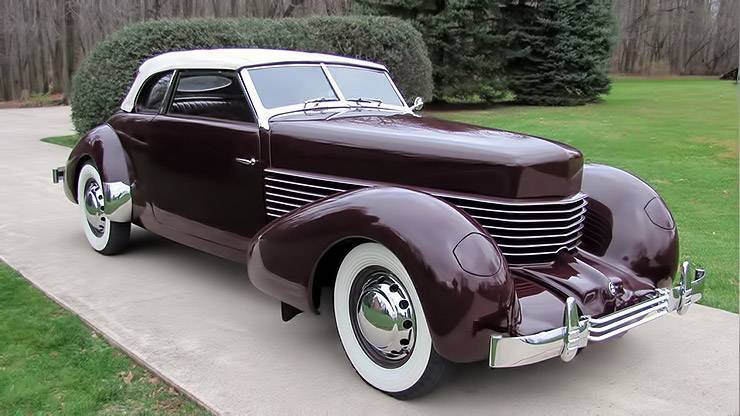 When it debuted in 1935, the Cord 810 did at least part of what it was supposed to. Built with technical innovations unavailable on any other car of its time, the 810 turned heads and caught the attention of the entire automotive world.

The Cord 810 was unlike any car that came before. Originally conceived as a “baby” Duesenberg, the 810 was billed as the flagship of the automotive line (Auburns and Cords) built by Auburn Automotive Company (AAC). Made with a distinctive design flair that set it apart from anything else on the road, the 810 is easily one of the most beautiful American cars ever built. 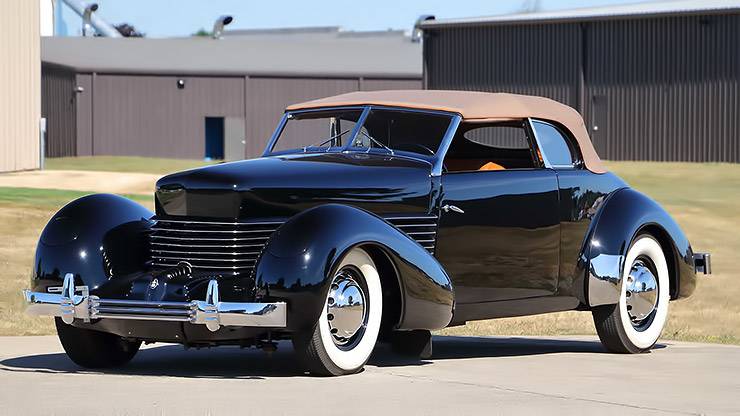 The front was so similar in look to a coffin, so the car was often called “Coffin Nose”. The Cord 810 was available as a Sportsman, Phaeton, and two sedan models – the Westchester and the up-market Beverly. All rode on 125-inch wheelbases.

The 810’s styling was centered around a huge, coffin-nosed hood with an integrated wraparound grill assembly of horizontal louvers resembling Venetian blinds. The flared front fenders were massive, and incorporated the automotive industry’s first disappearing headlights, which opened and retracted through a cranking mechanism and cables. The next two American cars to use a front-wheel drive layout, the 1966 Oldsmobile Toronado and 1967 Cadillac Eldorado (both built on GM’s E-Body platform), also had hidden headlamps. 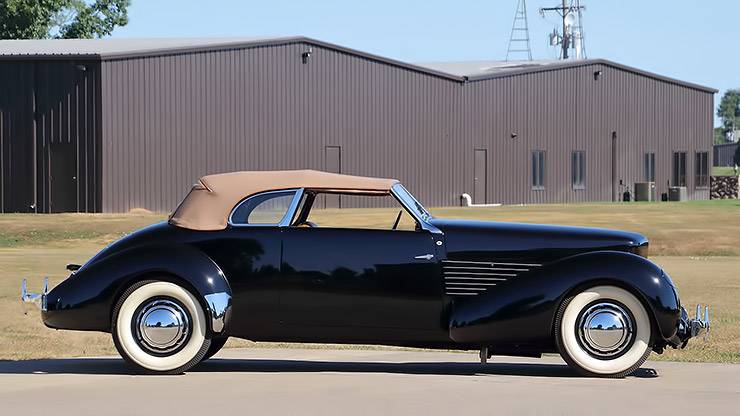 Its engine-turned dashboard included complete instrumentation, a tachometer, and standard radio (which did not become an industry standard offering until well into the 1950s). The 810 had a four-speed electrically-selected semi-automatic transmission, among other innovative features. 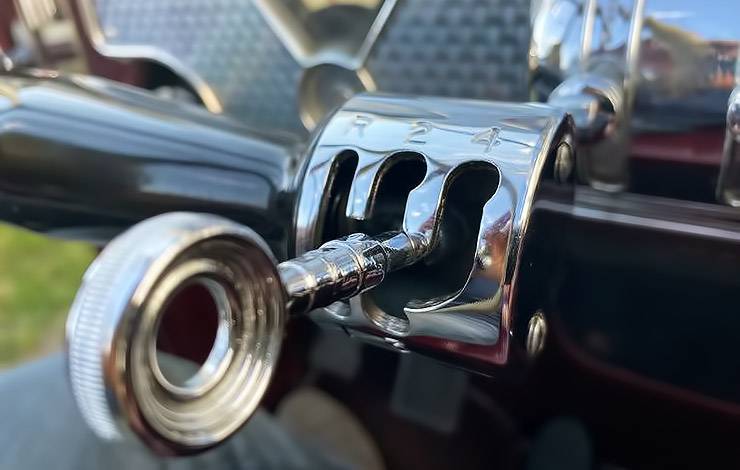 The elegant fingertip control lever was unique, being the most advanced system at the time. It was the same Ypsilanti transmission also used by Tucker cars after the war, and it was a step towards automatic transmission. You can see a demonstration of that gear shift design in the video at the end of this post (on the next page). 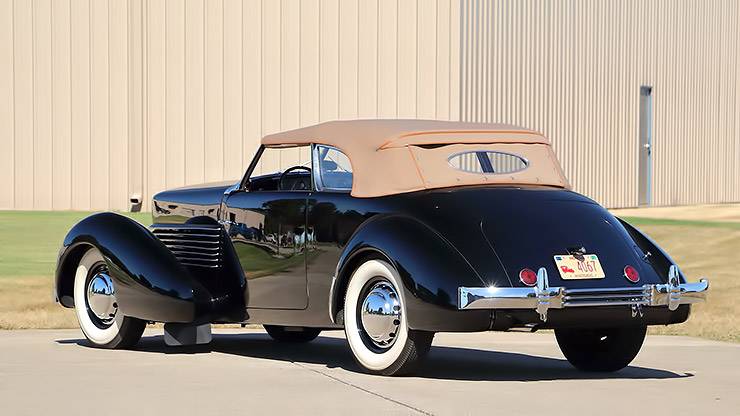 Mechanically, the Cord 810 offered an innovative powertrain with front-wheel-drive and a Lycoming V-8 rated at 125 horsepower (but actually slightly less powerful) under the hood. Cord claimed the car had a top speed of 95 mph, although that has not been documented.


See the next page to read the rest of the story, to see more photos and video.