How would you like a jetski that can fly? That’s practically what the Zapata Flyride is.

Frank Zapata unveiled a flyboard in 2011 and it’s now viewed as the standard bearer of extreme watercraft. These days the company unveiled another water riding gadget. Some of their innovations on that end are coming here, specifically in the form of gyroscopic balance assistance and computer-aided flight control.
– 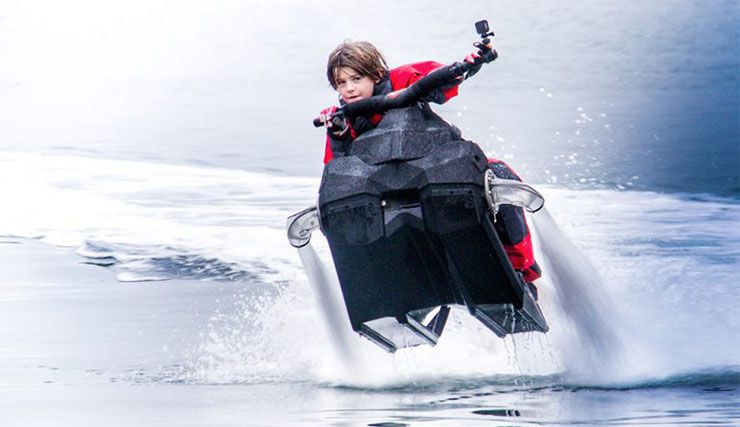 The Flyride is a two-seater device that looks like a small bike. It can be attached to any jet-ski using a hose and jet capture system. Waterjets are strapped directly to the feet and could rocket a man up to 30 feet above the surface of water.

With the new tech, the ride is able to adjust its orientation based on small shifts in the rider’s weight, ensuring that at no point will you need to worry about falling off the ride no matter how crazy the whole thing gets.
The Zapata Flyride has a saddle that can accommodate a pair of riders, so parents can hop on along with smaller kids who may not be quite ready to ride it on their own. It attaches to PWCs using a jet capture system on the rear, which runs the water down the center before coming out through two jets on either side near the front, propelling the ride to the rider’s desired direction.
– 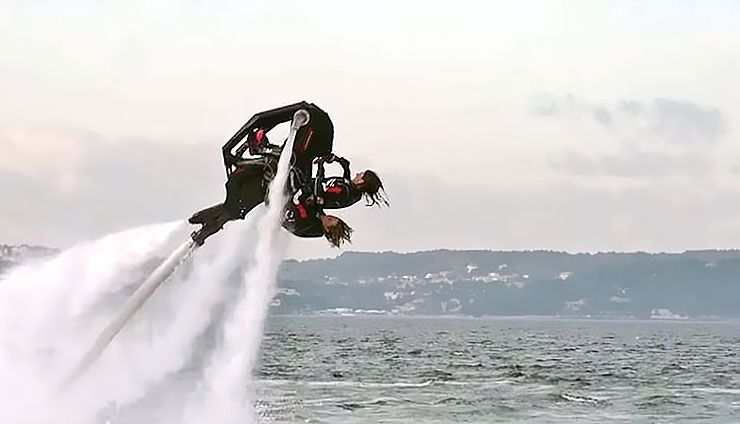 The riding gadget has also self-balancing tech. Sensors adjust the thrusts to keep the bike upright. There are four flight modes so that the Flyride can be used by kids and experienced users.For advanced users, a barrel roll button becomes active when the Flyride has enough altitude. If you press it, the thing will spin around its axis.

It can work with any personal watercraft between 155 and 400 horsepower, although it requires a 300-horsepower motor at the minimum to reach the ride’s full potential. When set up with such a motor, it can support up to 440 pounds of weight, all while reaching top speeds of 22 mph.

This incredible flying machine can be yours starting at $5,500.