The most expensive and the most exquisite-looking car you’ll ever see is the 1907 Rolls-Royce “The Silver Ghost” and here it is in all its glory. 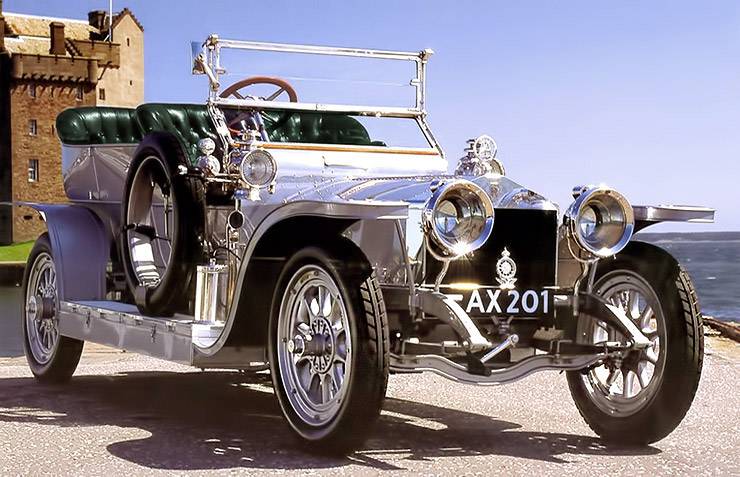 The car in question is not a model, but a specific car. The individual vehicle I am referring to is the 1907 Rolls-Royce 40/50, “The Silver Ghost,” chassis number 60551, plate number AX201. There are a number of reasons this car is considered one of the most important vehicles in the world. For one, it was one of the first truly reliable cars ever built. For another, it was the car that basically started the Rolls-Royce car company. Because of those two reasons, it has become one of the most famous, and valuable cars in the world.

Status, what is and how is it attained? There’s contemporary status, the kind that comes quickly and is associated with fashion popular culture, and fads. Then there’s enduring status, the kind that has stood the test of time, a kind of status that is earned by delivering exceptional products over and over. This is the kind of status that turned Rolls-Royce into the benchmark of quality. To understand how Rolls-Royce achieved this reputation we need to go back to the beginning.
– 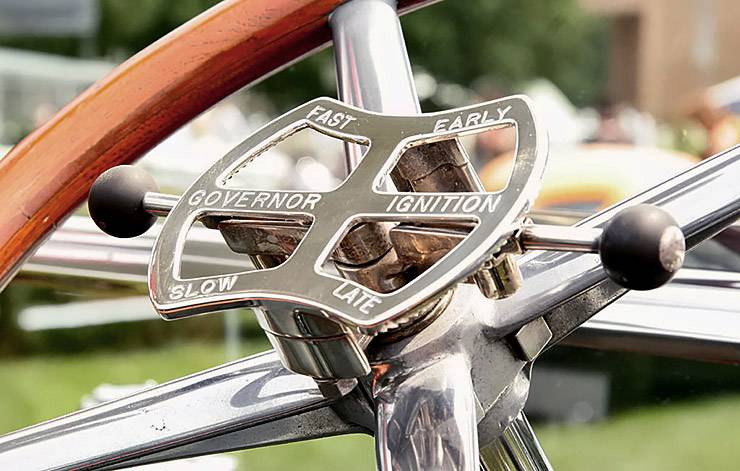 At the turn of the 20th century, the automobile was strictly for wealthy people like Charles Rolls, a well-educated aristocrat who was bitten by the auto bug. Rolls earned a reputation as an auto racer and opened a dealership in London. Unhappy with the foreign cars he sold he searched for a high-quality British vehicle to race and sell. One of his friends told him about such a car.
– 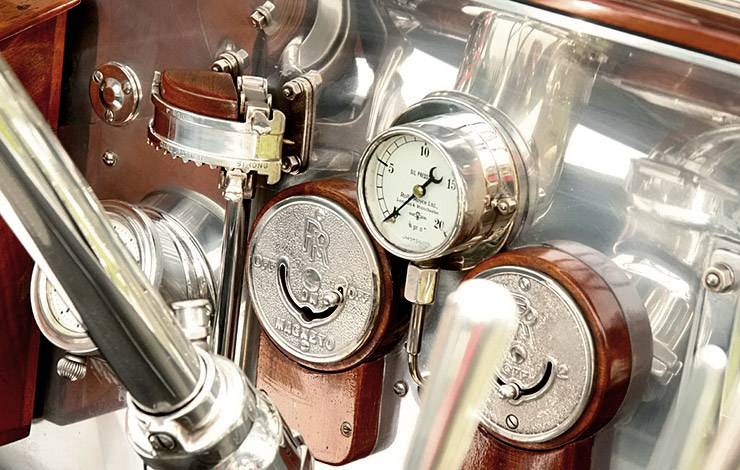 >A car being built by Henry Royce. Unlike Rolls, Henry Royce wasn’t born wealthy. This self-taught engineer gained a reputation for building extremely reliable generators that were made to last. Like Rolls, Royce was irritated by the poor quality of cars. He was certain he could build something better. He worked for months developing his first car, often scrapping different components. He wanted nothing less than the best.

The mutual friend Henry Edmonds told Rolls about this remarkable new car. He suggested he drive it and meet the man who’d built it. Rolls took Roy’s car for a trial run. It wasn’t a fancy car but it was quiet and ran smoothly. He was quickly convinced that this was a car he’d be proud to put his name on. That’s how the Rolls-Royce Company was born. 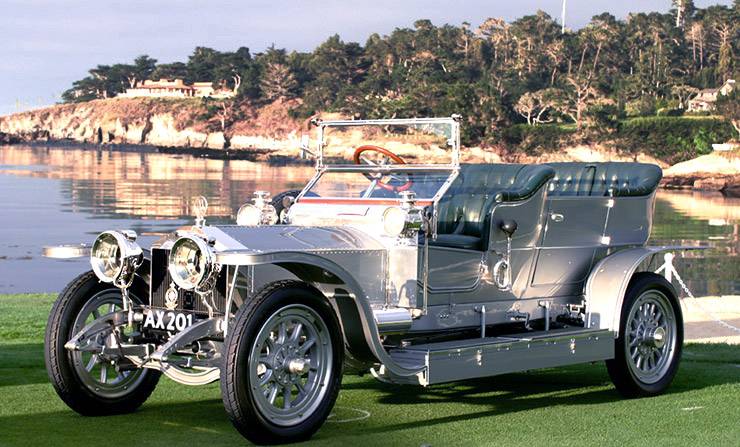 Rolls promoted the car’s reliability to his friends but the company needed someone with a combination of flair and good business sense to make it commercially viable. Claud Johnson knew how to create the right impression for the cars. Since most wealthy motorists traveled with their maids and chauffeurs, they needed a large and powerful car to haul this entourage. Johnson convinced Rolls and Royce to build such a car for the 1907 Olympia Motor Show in London. This became the most famous Rolls-Royce ever.


The Silver Ghost was not the first Rolls-Royce ever built, it was just the most important. Charles Rolls and Henry Royce used her to prove the bulletproof build quality and reliability of their cars by running her on numerous rallies and road tours. 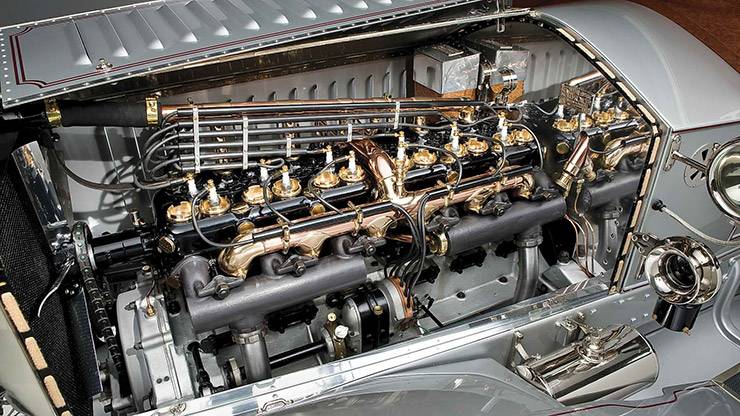 It has six cylinders (formed by two blocks of 3 cylinders, one after the other), cooled by water, with side valves, two plugs per cylinder, and is just over seven liters in capacity propelling the more reckless of drivers to speeds of around 65 miles an hour. At the time, that was an incredible speed. 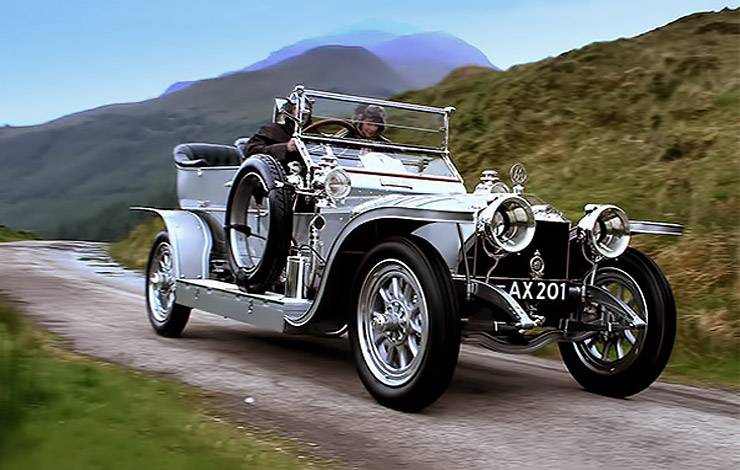 The Barker bodied Silver Ghost (in Roi de Belges style, named after the body style preferred by King Leopold II of Belgium) really hit its stride after completing a Scottish reliability trial, and driving from London to Glasgow 27 times. Raking up 15,000 miles with nary a problem, The Silver Ghost had proven that cars could not only be quiet, powerful, and smooth, but also reliable.


The Silver Ghost got its name because it was largely unpainted, revealing it polished aluminum body, and was ‘quiet as a ghost,’ a often noted sentiment by passer-byers who were amazed by who silent the car was. The name became so famous, in fact, that every Rolls-Royce 40/50 came to include the tag ‘Silver Ghost’ despite the fact that there is only one real Silver Ghost. 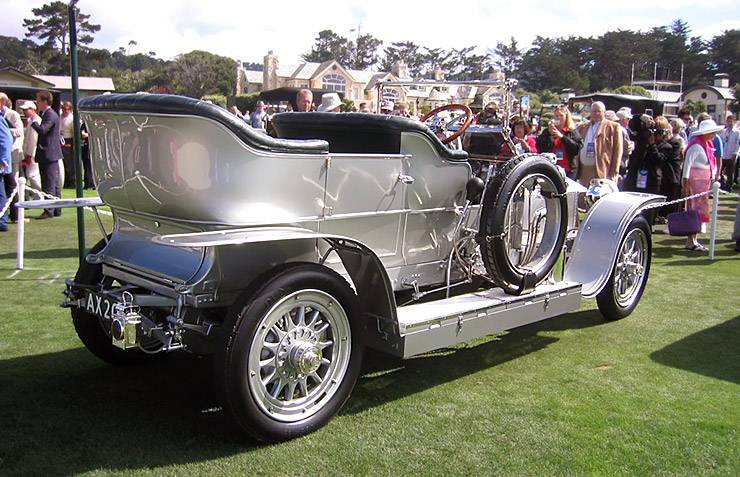 The history of the car is intriguing beyond its important reliability trials. After completing those tests, the car was purchased by an employee of Rolls-Royce who drove the car a subsequent 500,000 miles before returning the car to the factory for ‘minor servicing.’ Unfortunately, he died while the car was in the shop, but his family decided to donate the car to the Rolls-Royce Company. The car recently changed hands, but not on its own, as part of the break-up of Rolls-Royce and Bentley following the 1998 fiasco that took place between BMW and VW. In the end, the VW, the owner of Bentley, sells the world’s most expensive collector car – the original Rolls-Royce Silver Ghost for an undisclosed sum to an American private collector. 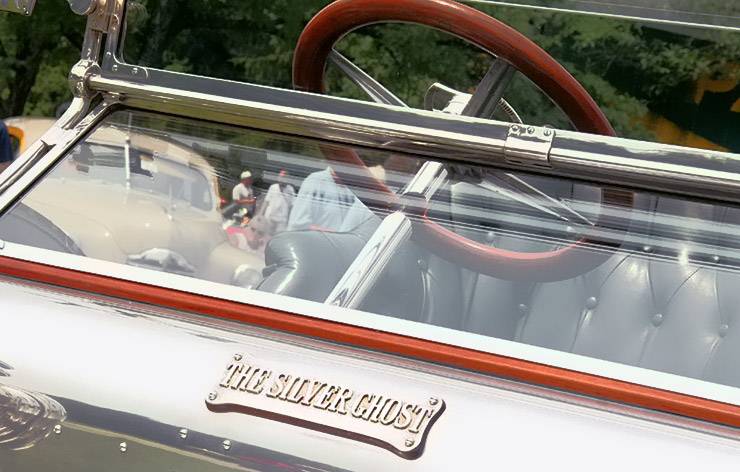 Informed sources suggest the car sold in the region of US$75 million, well over its suggested insured value and eclipsing the previous collector car record held by a much younger 1962 Ferrari 250 GTO (sold for $48 million).

Click here to learn about the man who owned and drove the same Rolls Royce for 77 years.

Now watch the video below which was recorded back in 1982.