OK, this vehicle named Antarctic Snow Cruiser may be short on sport and long on utility, but one can’t help but be astounded by the fact that it was created in 1939. 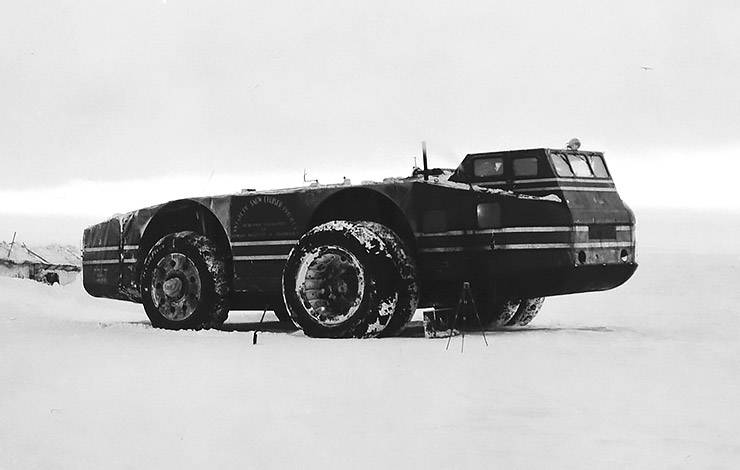 Built for the “Third Byrd Antarctic Expedition,” an undertaking that apparently was successful but one that did not receive widespread public recognition because of the outbreak of hostilities in the years prior to the United States entering into WWII, the Snow Cruiser was soon dubbed “Big Bertha” by the men who operated it.

Designed by Dr. Thomas C. Poulter of the Research Foundation of Armour Institute of Technology, its mission was to enable the exploration and mapping of some of the four million uncharted miles of the Antarctic continent. In order to withstand the rigors of the Antarctic, much care was given in the selection of its base materials.
– 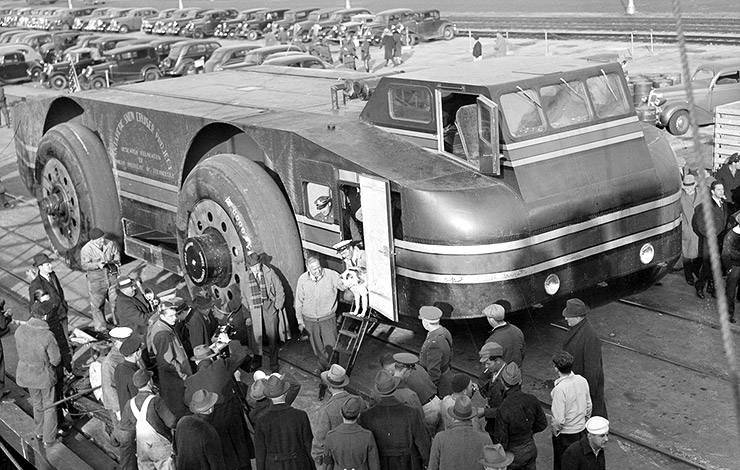 Its steel framework was strong yet light, thanks to the use of Inland Hi-steel. A pair of six-cylinder Cummins diesel engines powered a pair of GE diesel/electric generators, which in turn drove four separate GE electric motors at each massive wheel (10-foot diameter, 750 pounds each), via flexible couplings.

Completed at the Pullman facilities in Chicago, Illinois, the Snow Cruiser had living accommodations for four, a galley, darkroom, food storeroom, machine shop, two spare tires, and fuel tanks with a capacity for 5,000 miles of travel. Billed as “the largest motor vehicle ever built” (55 feet long, 15-feet wide, 15 feet high), it also included provisions for the external topside mounting of a Beechcraft Model 17 Staggerwing biplane, which was used as an advanced scouting unit during the mission. 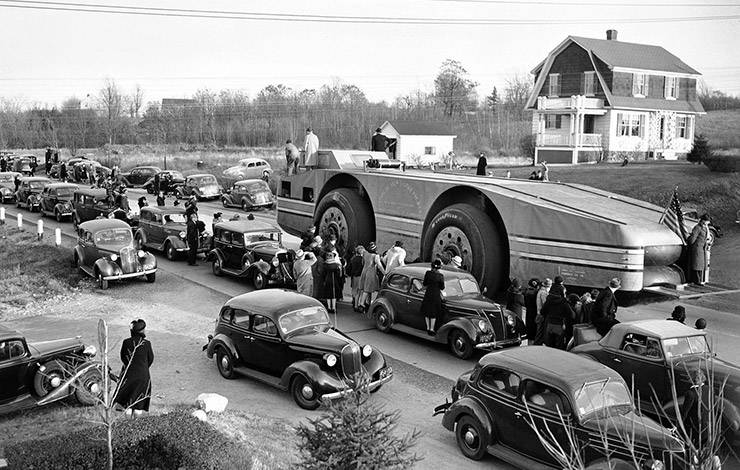 The video below is original colorized footage during traveling to Boston harbor in October 1939.

After making a successful cross-country trip from Chicago to Boston (a number of hydraulic gremlins were worked out along the way), the Snow Cruiser was loaded for shipping to Antarctica’s America III-West Base Camp. 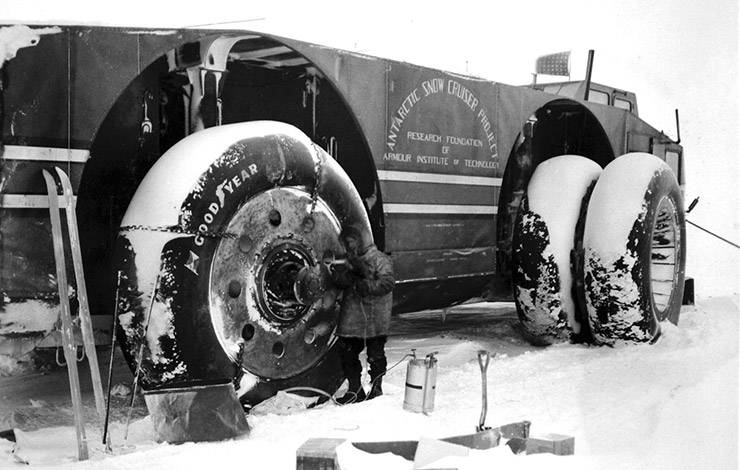 Its dimensions were a bit troublesome in that regard, as the tail section protruded so far off the ship’s side that it had to be cut off and reattached after arrival. From its arrival until early 1941, the Snow Cruiser successfully scouted never before seen reaches of the icebound continent. Its crew gathered reams of data, conducted the first seismic tests, and faced a number of harrowing experiences. 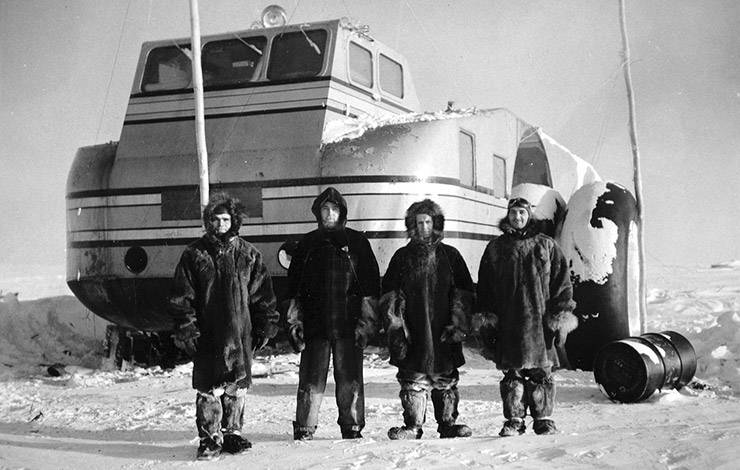 As the mission neared its end, WWII precluded any further funding for continued operations, and the Snow Cruiser was left at the Little America base in an underground shelter. When revisited in the ’60s, it was found to be well-preserved. That was the last time the Snow Cruiser was seen. Its fate beyond that point remains unknown. But whatever its fate, it was still a magnificent machine.