Is it a boat? Or is it a bus? Looking at the new Hafencity Riverbus, it is actually a bit of both. The Hafencity Riverbus is the new attraction in Hamburg, Germany’s first amphibious bus, and takes tourists on a city tour across land and water. 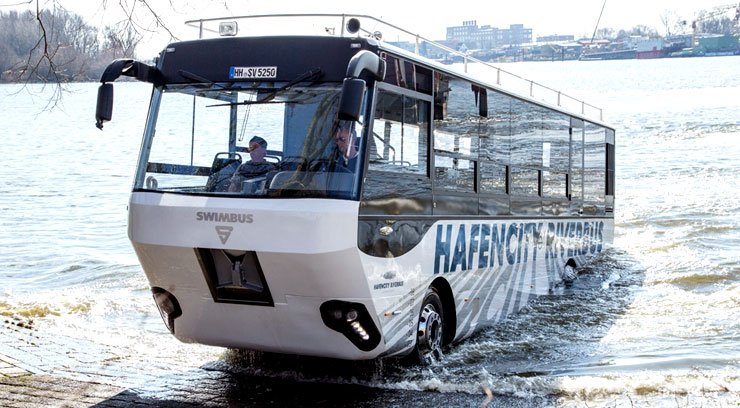 This vehicle is ideally suited to the port city on the Elbe since the vast majority of its tourist attractions are located either on or adjacent to the water. Thus, the new attraction skilfully combines tours of the harbor and the city. 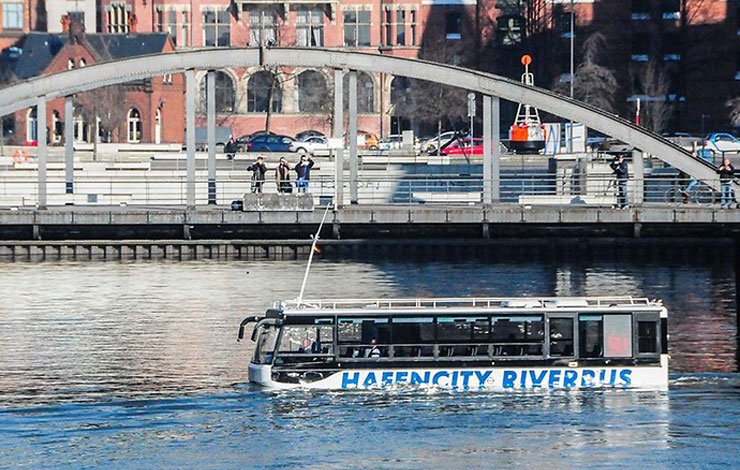 Hafencity Riverbus is built on a MAN truck base, body is built from composite materials by a Hungarian company. It can take up to 36 passengers and 3 crew members on an 80 minute sightseeing ride on land and water – with 35 minutes of that spent on the River Elbe during a tour that includes the city’s historic Speicherstadt warehouse district and other maritime highlights.

While on land it is powered by the normal internal combustion engine, but in water it is propelled by two propellers and controls are completely different. In the first few months of operation, this bus-boat was very popular, meaning that there is only one day per week for maintenance, which is carried out by the MAN service outlet at Moorfleet. Fred Franken, a past as maritime worker and bus passionate, now the owner of the first amphibious bus in Germany, is already being asked to build more of these buses for other cities as well, which goes to show how important it is to start with a good idea. 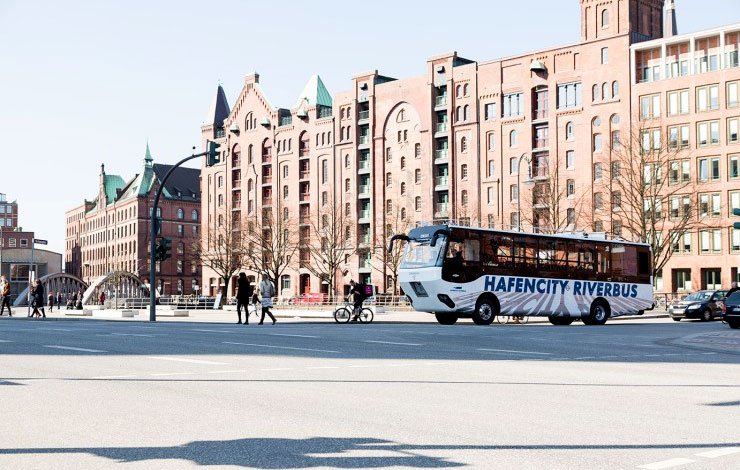 One may argue that this amphibious bus is not much of a technological achievement – there were many similar vehicles in other parts of the world. However, Hafencity Riverbus is the first of its kind in Germany, which in itself is quite impressive. Furthermore, it got the attention from the MAN and the movement for more amphibious buses has started.