The Hapag-Lloyd containership involved in the incident can be identified as the Liberian-flagged MV Tolten, which had just arrived from Jebel Ali when it clipped the side of the MV Hamburg Bay, which was moored at the time of the incident. 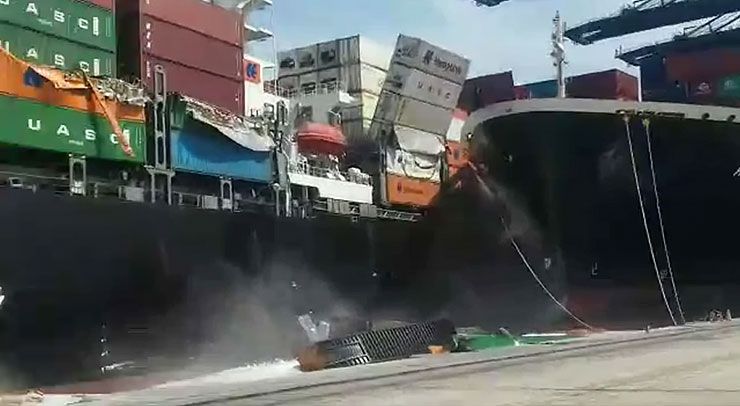 According to the sources, during the process of berthing pilots have to look at weather conditions and winds but it seems that an unhappy combination of factors resulted in this incident.
–
At least 21 shipping containers fell into the sea according to Pakistan’s Geo News. The sunken containers were carrying imported cars and other freight.

Pakistan imports over 60,000 used cars a year worth between $300 million to $500 million. However, according to the calculations of local car industry officials, Pakistan is spending close to $750 million a year on used car imports. 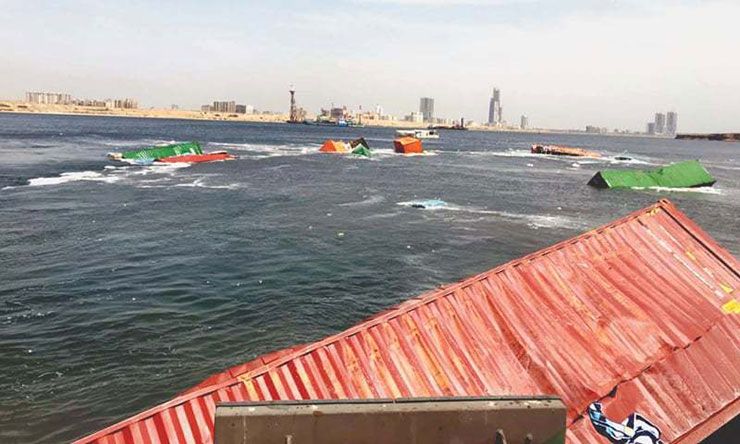 The collision was captured on film by a dock worker, and video showed a Hapag-Lloyd ship, the Tolten, clipping a stationary ship while pulling into port in the Pakistan capital.

The footage showed containers bobbing around the harbour, while another sank.