You can be all about DAT safety and still hang loose.

Take the safety crew keeping an eye on things at World Surf League’s 2017 Corona Open J-Bay titles, for example.
The Corona Open J-Bay water-safety crew has had a busy week. During Quarterfinal heat between Mick Fanning and Gabriel Medina they tracked an 8-foot shark that came cruising through the lineup, and got the surfers to safety in plenty of time. It was the second time they put the event on hold, and not a single person was complaining. In fact, they were thrilled to let the surfers have a go at the Supertubes lineup themselves. 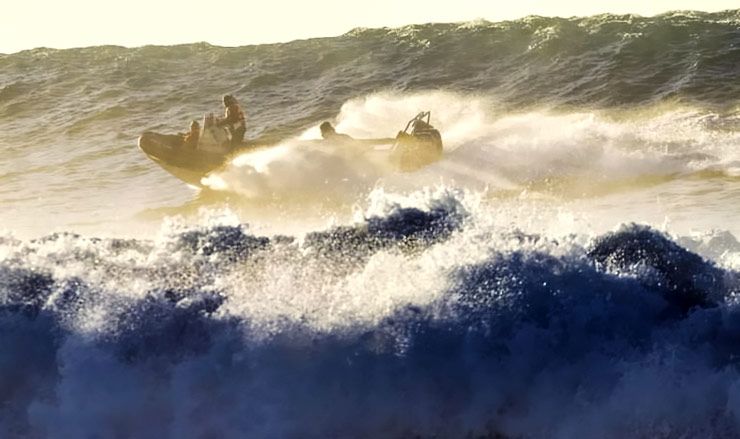 In those moments their boat was trapped in the impact zone and looked headed for disaster, scaring the hell out of competitors in the lineup, but apparently not the commentators. But they skillfully skirted disaster by ripping their way across the big green wall. Pretty impressive stuff.

The contest’s commentators at Jeffrey’s Bay called this freak accident like a normal run. What would you have scored this wave?