Think your local infrastructure is in bad shape?
Check out this terrifying old bridge over Siberia’s Vitim River, which might be the one time you wouldn’t want to be wearing a seat belt in case the need for a speedy underwater escape arises.

If you’re afraid of heights, don’t have a sense of adventure, and you don’t scoff in the face of danger then you may not want to check out these scary bridge. It’s slightly safer than the giant catapult they used to use to cross the river. That bridge is truly Sibirsky Extreme.


The Vitim River Bridge is located in Siberia and is the old train bridge that crosses the Vitim River. This terrifying bridge is a mere six feet wide, 1870 feet long and 50 feet above the river. There are no railings or fences or other safety features to keep the cars from falling into the frozen water if anything should go wrong. It will take a good 3 minutes to drive across it if you’re a skilled driver. This might be the most unstable water crossing bridge ever. 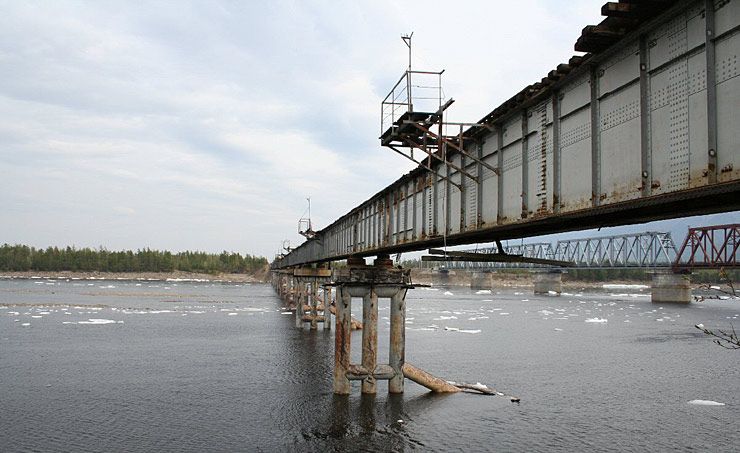 Its decaying metallic structure is simply covered with old wooden railway sleepers that become very slippery during winter when covered with ice and snow, which is almost all year round, since this is Siberia. 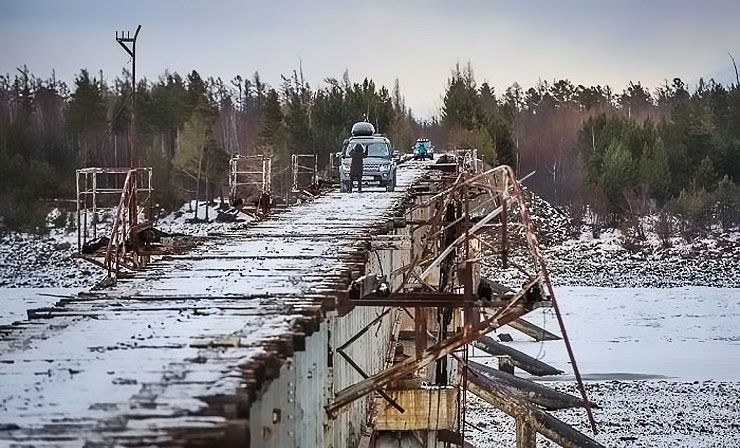 Crossing that bridge in late spring and summer is a big challenge, but it’s during the winter that it becomes truly scary.