Wouldn’t you love to skip out on tolls? Some cops in New York City apparently sure do!

While tolls help pay for bridges and roads and red lights and speeding cameras keep our streets safer, an Inside Edition investigation has found some law enforcement officers are finding a way to avoid them. Scores of NYPD cops have installed illegal flash-reflecting plastic covers on their personal-vehicle license plates that can thwart toll and traffic cameras.
– 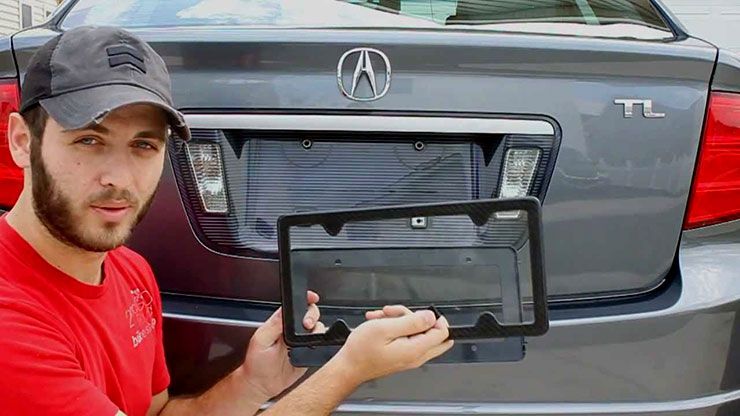 The “PhotoMaskCover” and similar products polarize light so that plate numbers and letters are clearly visible from directly behind a car. But when viewed from an angle, the characters are obscured. “Inside Edition” has found more than 100 vehicles parked in the streets of New York City illegally obscuring their plates.

More than half of the cars “Inside Edition” located with the illegal covers were parked around 1 Police Plaza. Several more were found outside the Seventh Precinct on the Lower East Side.
–
An “Inside Edition” reporter confronted one driver whose car was parked outside 1 Police Plaza and had an NYPD placard in his window and covers on his front and rear plates. When asked if he knew he was breaking the law with the covers, the driver essentially conceded he’d been caught red-handed, saying, “I’m going to take them off.” He then used a screwdriver to remove them on camera.
–
A reporter also confronted the driver of an SUV displaying a placard for federal officers, and asked why he was “hiding” his ­license plate. That officer slammed his door and refused to answer questions. 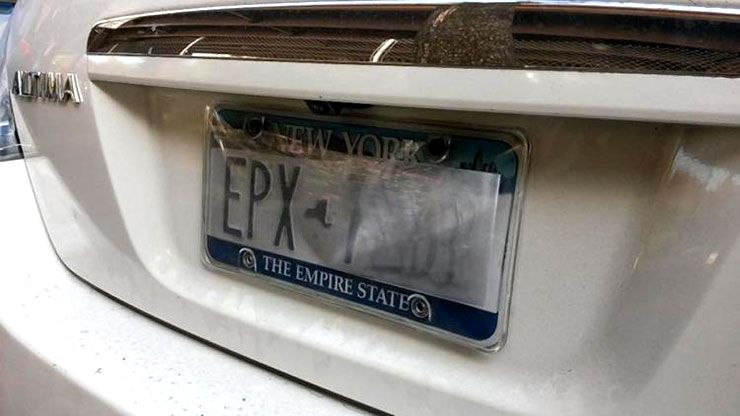 One reader wrote this comment: “Law enforcement has become like politicians. Once you’re in, you get to be above the law and start taking advantage of the rest of your fellow citizens. If they don’t mind blatantly disregarding the law in this manner, imagine what they do that we can’t see.”
NYPD officials admitted the covers have been an issue and said they’re “working to address” it.

You are welcomed to comment if you ever have a chance to see those license plates in your state.