The guys over at DBR High Performance usually put a lot of muscle on the dyno, including cars such as Camaros, Mustangs, Corvettes, and even a couple of Jeep Cherokees.

Anyway, a shop owner had bought a Barbie Power Wheels vehicle for his daughter and was curious as to what kind of power he was dealing with. Just the thought of putting a kids toy on a dyno is funny as hell, but “strapping it down”, adding the cooling fan so it doesn’t overheat and the black gloves worn by the ‘tuner’ are over the top cool! 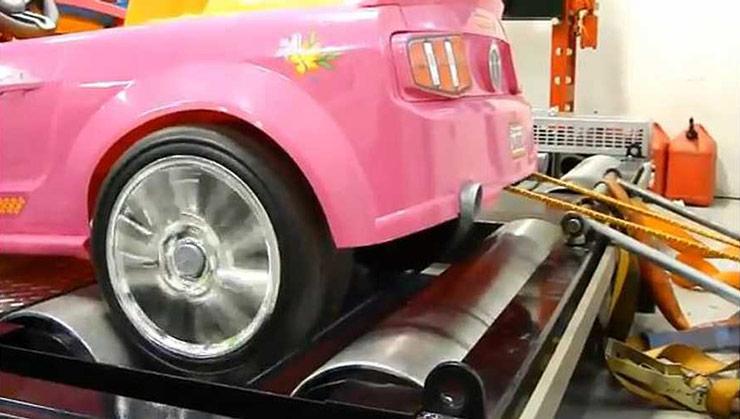 He properly cinching the Ken-hauler to the sled and making the necessary modification to take Barbie’s car up to its maximum potential. Than he open her up full throttle and you can see just exactly how much this bad boy is cranking out at the wheels.

Is it powerful? Goodness, no. But is it hilarious? Absolutely. 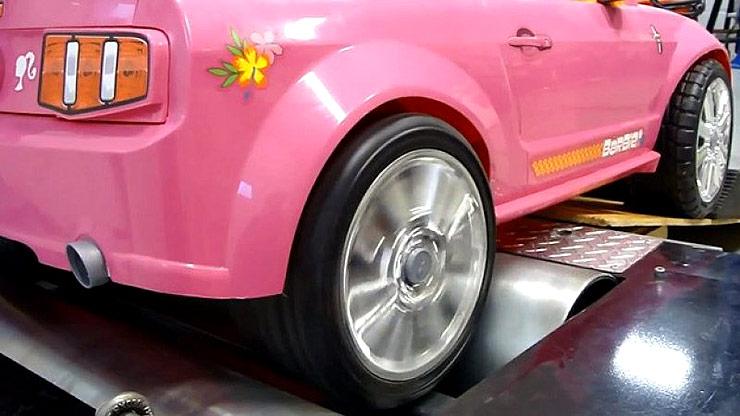 So in case you’ve asked yourselves how much power that Barbie Power Wheels “machine” packs, DBR’s dyno suggests less than 0.25 HP, while top speed can be achieved at a little over 6 mph.

Must watch till the end, VTEC kicked in yo!!!