The friction welding or FRW is solid-state welding process which generates the heat using the friction between the work pieces in relative motion to each other, with addition of lateral force known as “upset” in order to displace and fuse materials plastically.

One of the main advantages of using a friction weldment is the ability to create a full surface bond that will be as strong as the parent material.


Conventional welding uses an outside heat source such as a torch flame and adds filler material to the outside edges of a joint. The hot filler material fuses to the hot metal of the base components. This link across three elements at the interface perimeter creates the weld joint.
– 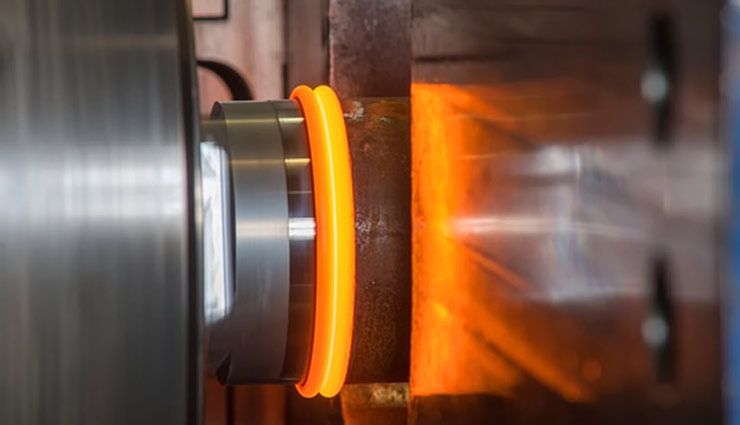 On the other hand, the Friction Welding process obtains its heat from the resistance caused by moving one piece against another stationary piece under extreme pressure. No burning fuel is used to generate the heat, nor is any filler added. The resulting joint is a solid-state fusion of the two base components across the entire face of the weld zone. The solid state joint offers superior strength because it does not rely on a third material limited to the perimeter to hold two components together. 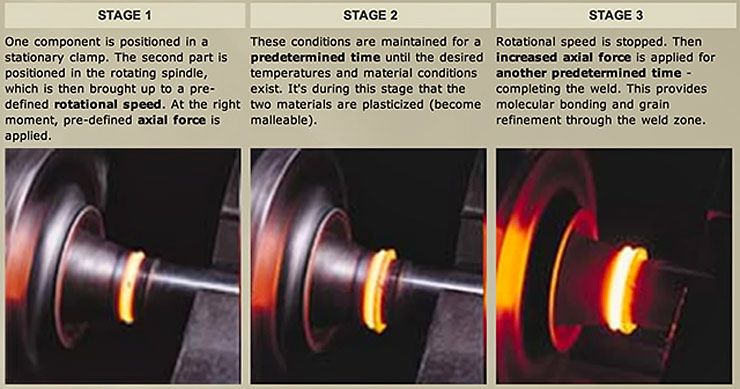 This type welding is classified into five other categories depending on the technique/principle  used.

In the video below, you can take a look at the friction welding process.