Kitty Hawk Flyer isn’t really a flying car, but it looks like a fun toy. 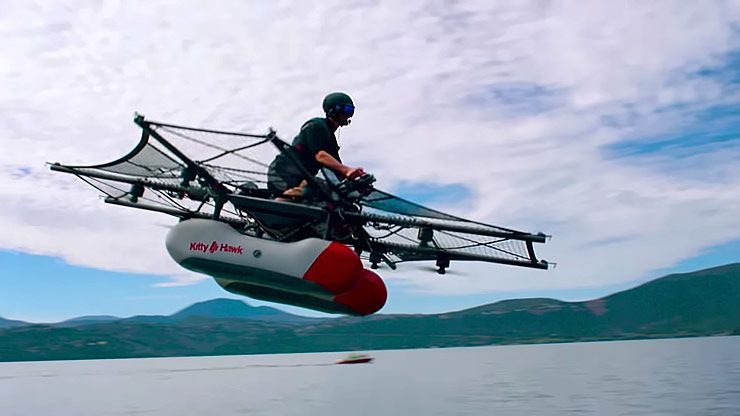 When you hear that Google co-founder Larry Page financially backs up a project or a startup, then it must be something worth discussing.  This is the case with the Kitty Hawk Flying Car, a commercial flying car that proves they are no longer just a part of sci-fi stories but are starting to be the reality. But this VTOL (vertical take-off and landing) likes to tag along the “flying car” moniker despite being a water-borne aircraft only.
– 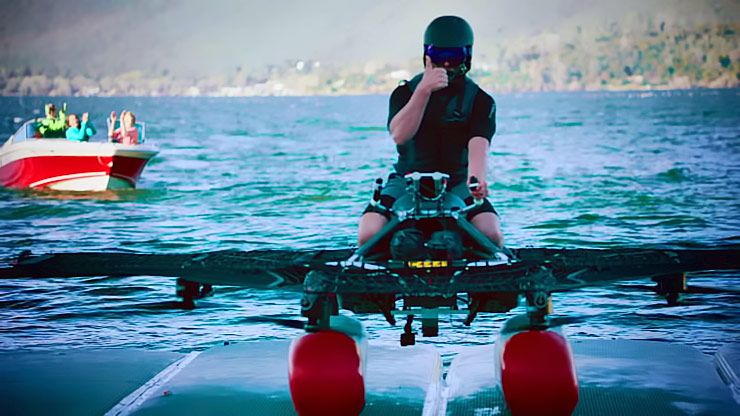 Sitting on top of two generous cigar-shaped pontoons, much like water-landing helicopters use, the Kitty Hawk uses two rotors on all four sides of the aircraft, with a total of eight.

The good news is that it’s rated as an ultralight aircraft by the FAA, meaning no pilot license is required to operate it. It can develop a speed of up to 25 mph and will be suitable only for water use and shorter flights. Kitty Hawk says it can “hold an altitude of up to 15 feet” and is designed to fly over fresh water.

Kitty Hawk hasn’t said exactly what the Flyer is for, nor has it set a price for the retail version. But If you’re interested in parking one of these aerial machines the dock of your lake house, Kitty Hawk says you’ll be able to buy one (which it says will look a bit different than the ungainly prototype seen in the video below) by the end of the year. Anyone interested can sign up for a three-year membership to the Flyer project for just $100. This will get you the latest updates as well as invites to future demonstrations. You also get priority placement on the Flyer customer wait list and a $2,000 discount off the final price which will be announced closer to the market launch.

The video below is much more polished than a rough test flight, but it gives us an overall idea of what to expect from the Kitty Hawk Flyer.