A Frenchman has found fame 25 years after pulling off the most unlikely conversion in motoring history.

Emile Leray has become an internet sensation after photographs emerged showing how he dismantled a Citroën 2CV and turned it into a Mad Max-style motorbike after becoming stranded in the Moroccan desert.
– 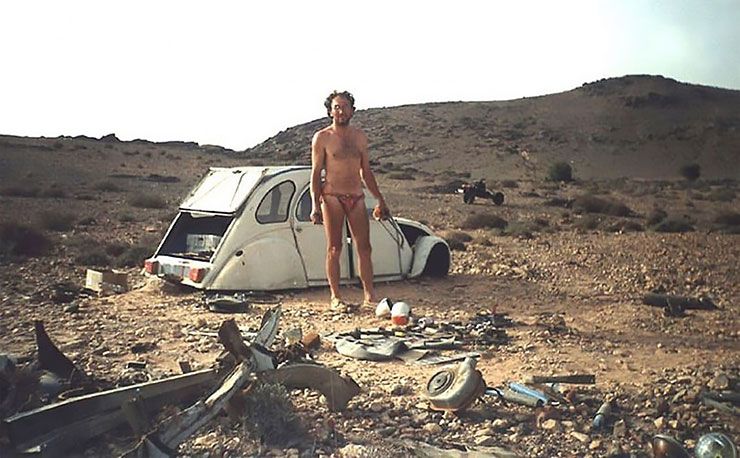 Lost in the desert of Morocco, he came back to civilization after converting his 2CV Citroen to an improvised motorbike that helped him escape the jaws of a cruel death. This could be an example of most extreme mechanical skills.

In 1993, French electrician Emile Leray decided to go for an adventure and cross the Moroccan desert all alone. Everything was going according to the plan. Unfortunately, he was stopped at a military outpost and was forbidden to go any further. It was a simple choice, to go back to the city of Tan Tan or finish his adventure as planned.
–
The improvised plan was to go around the outpost and the forbidden area. Unfortunately, the rugged terrain took its toll. He lost control of his car and broke a swing arm of his 2CV. As a result, his adventure came to a halt. The biggest problem was to survive stranded in the desert.
– 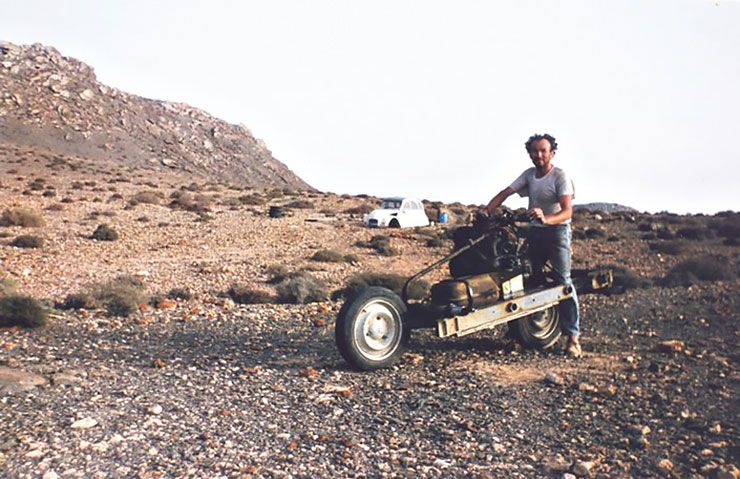 His engineering skills, improvisation and an amount of food and water to survive for 7 days saved his life. 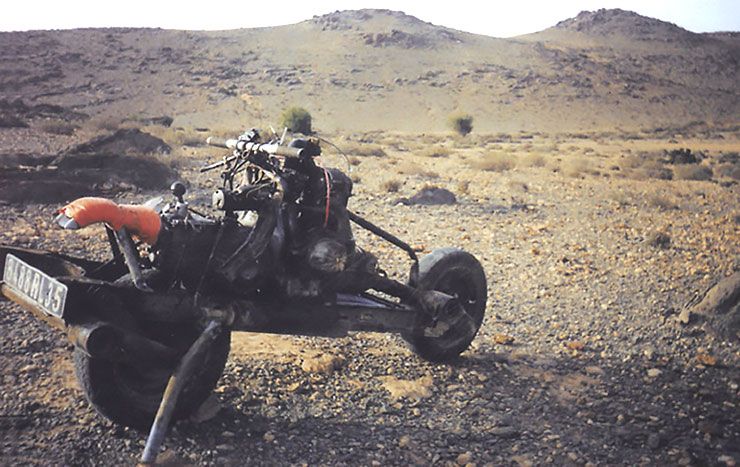 Emile Leray eventually realized the only way out was in a vehicle, or in this case, on a vehicle. So he decided to build a motorbike with parts donated by his Citroen. With some basic tools, limited mechanical knowledge, burning sun and sandstorms – it was one hell of a job. 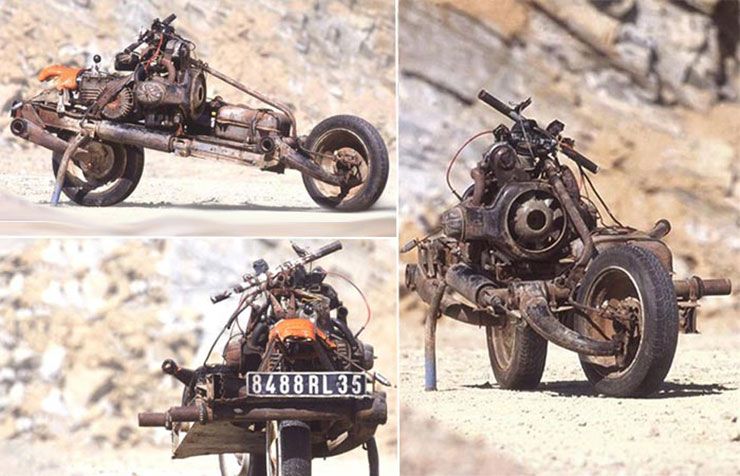 Removing the body of the vehicle to use it as a shelter was step number one. To build the bike he shortened the car’s chassis before reattaching the axles and two of the wheels, as well as installing the engine and gearbox in the middle.


The plan was to finish the improvised motorbike in few days. Eventually, it was finished in 12 days. By carefully planning consummation of food and water he managed to survive and get out of the desert with only half a liter of water left. 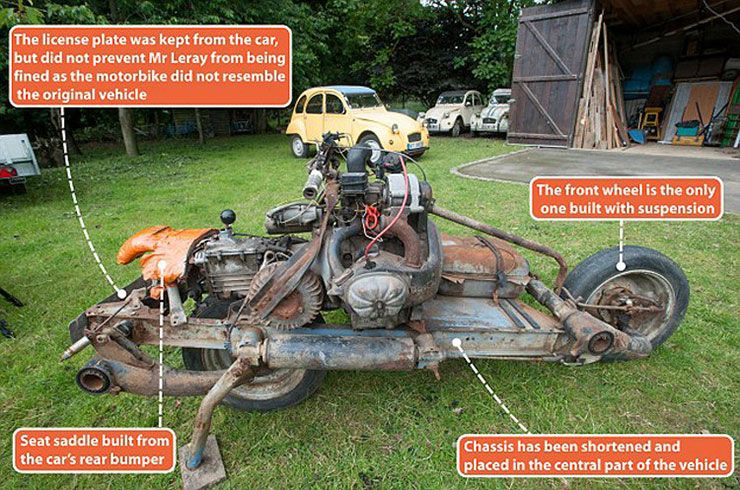 The ride was smooth, although falling from the seat was a regular thing. He used a part of the rear bumper to fabricate a seat of the motorcycle.

Moroccan police saved him after a day of riding, they also handed him a hefty fine because the registration plate and documents for his car no longer corresponded to that strange vehicle. 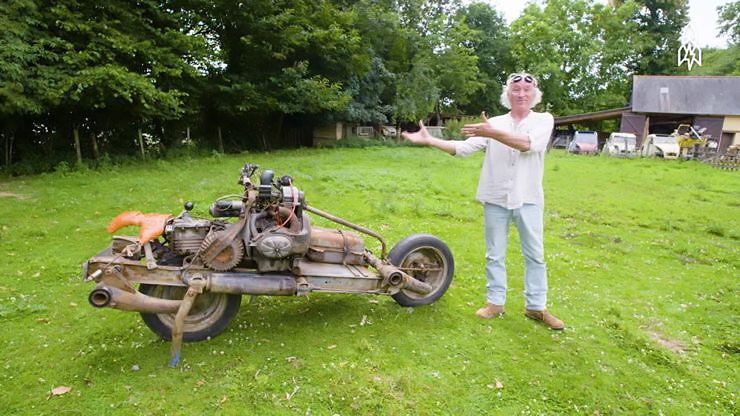 This story happened in 1993 but has only come to light recently, Emile never wanted to publicise his exploits. He is now 68 years old and lives in northwest France. And of course he kept his bike as a memory!