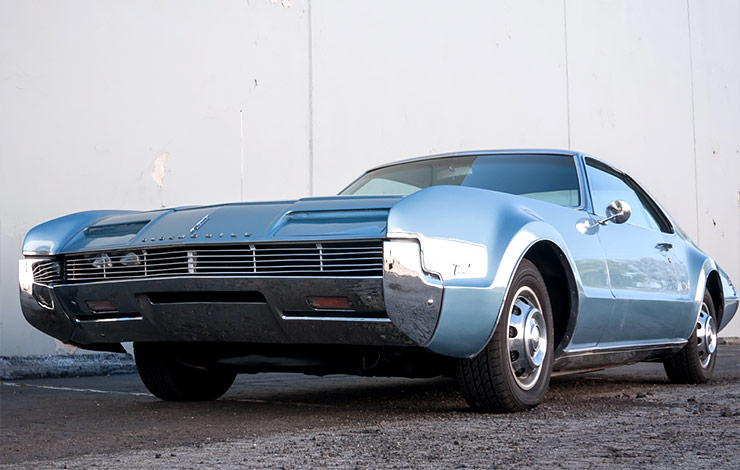 PERFORMANCE AND UTILITY
One of the great American road cars, the Toronado runs effortlessly at 100 mph and can do 135 when pressed, even with a standard axle ratio and automatic transmission. Understeer is present, as in all front-wheel-drive cars, but is well controlled and never excessive. Rear compartment room is restricted and visibility out the rear quarters is not good, nor is gas mileage. (But who cares, if you’re driving one?) 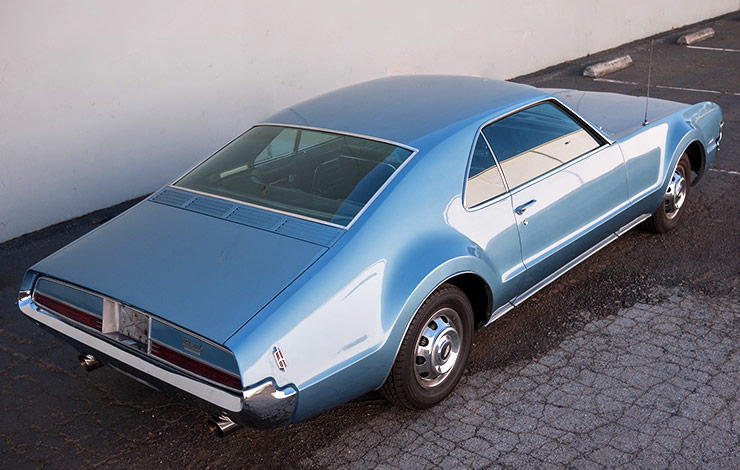 PROBLEM AREAS
For such a revolutionary new design, the first Toronado was remarkably free of bugs, partly because it was built on exclusive, slower-moving assembly lines. The ’66s do chew up tires, but tire technology has improved over the years. Doors were heavy to open and close, a built-in assist arrived on 1967 and later models. The engine drivetrain was strong, but the combination of Quadrajet carb and high under hood temperatures caused a rash of engine fires. Carbs should be checked regularly. Exhaust systems wear out quickly and are expensive to replace. Bodies were not rust-prone, but bumpers were. Most early Toronados show bumper dings and rust, and replacement or rechroming is costly. 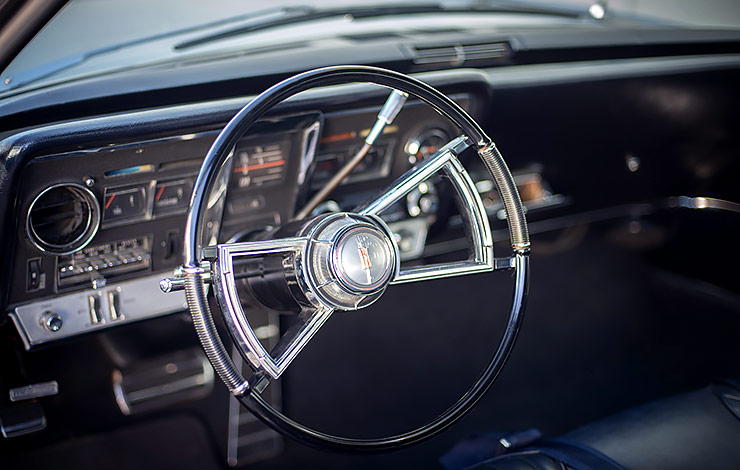 SUMMARY AND PROSPECTS
Clearly the outstanding Oldsmobile model of the 1960s, and very possibly the best Olds of all time, the Toronado was distinct and unimitated, especially in its original, clean form of 1966-67. Given these considerations, fine examples are underpriced, they can still be found for under $15,000. But like all cars in this class, they change hands rarely, and usually between friends. Today it is fairly safe price tags in the $25,000 range or more. At present, a “best buy.”