After a pair of Comcast workers parked their trucks just over a brow of a hill to repair an exchange box in Indianapolis, multiple crashes occurred. They doesn’t give a damn when he decides to just block traffic in the snow on a busy street.

A busy road in Indianapolis turned to chaos on Tuesday, after a Comcast worker parked his truck at the side of the road just over the brow of a hill to work on an exchange box.


Despite multiple accidents happening while cars were trying to slow down – having only seen the truck at the last minute – the guy just didn’t seem to care. 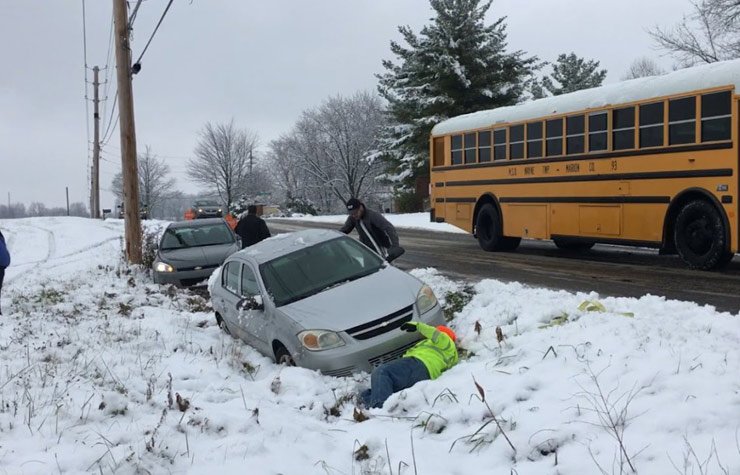 To make matters worse, a second Comcast truck turned up, and he took a similar zero damns given, borderline hostile attitude when his parking was questioned. In the video below in less than four minutes of footage, you can see at least four cars run off the road, and another two collide along the same stretch, all while trying to avoid crashing into a Comcast Xfinity service vehicle blocking the right lane of the two-lane road.
Comcast is said to be investigating the incident. 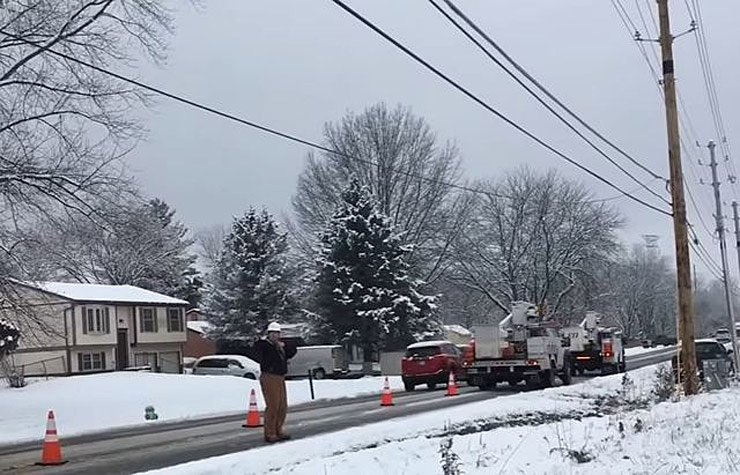 What is our opinion?

After the first accident, the Comcast employees should have stopped all work, reassessed the situation, and called for a flag man to stand at the top of the hill.
To sit there and not stop work or extend the safety zone after multiple accidents is pure negligence.
There is no defense of the Comcast workers. However, the drivers are still to blame. If this were a bus picking/dropping off kids, car turning, cop/paramedic attending a wreck, these wrecks still occur. The legal blame and consequence falls on Comcast, but the stupid frickers driving could have very well prevented this by simply adjusting their driving to the road conditions.

Please stay safe out there… SLOW DOWN… and have a Merry Christmas.