No landing gear? No problem. Well, at least that’s true for this pilot who pulled off an incredibly smooth emergency landing at St. Mary’s County Regional Airport in Maryland. 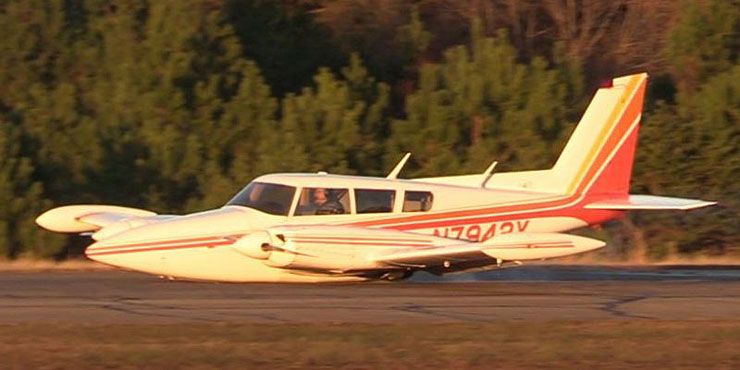 The pilot, Anthony James Capozzi had circled St. Mary’s County Regional Airport, in Maryland, for more than 90 minutes to burn fuel after he realized that his 1966 Piper PA-30’s multi-engine aircraft landing gear was defective. Then he executed the emergency landing skidding on the runway. An NBC chopper captured the heart-stopping drama from the skies as the crippled plane finally came into land on its tummy.

Footage showed an incredibly smooth landing as the aircraft touched down, without its wheels, coming to a slow but steady stop. Only a little smoke could be seen rising from behind it, from where metal dragged along the tarmac. He makes textbook crash landing.
– 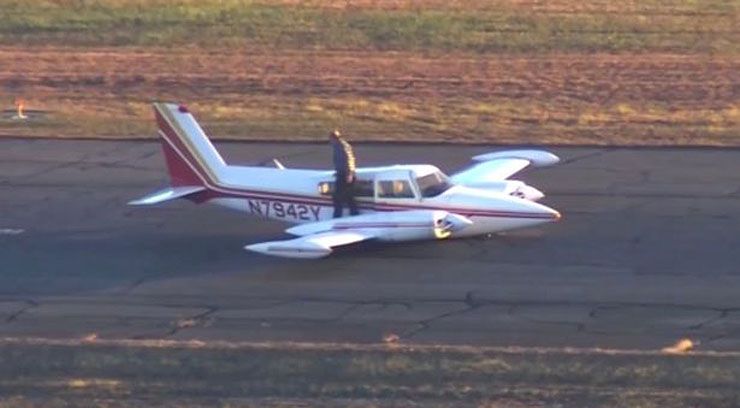 Moments later, the pilot opened the door of the aircraft and very casually jumped off the wing and strolled off the runway with his hands in his pockets.
Dang dude.

In the video below you can find footage of the same incident captured from opposite angle by Southern Maryland News Net cameras.