Some people dream of Jeannie with the light brown hair. Not me, and it’s not just because I am married. I dream of cars in barns, in fields, behind hedge rows, in garages falling down with only the vague shape of a car inside. I gather stories and hope for a good tip from a fellow car hunter.

When I walk down an overgrown path behind the abandoned barn I’m not thinking of a woman at all. I’m looking for the familiar slope of a Mustang fastback roof barely visible under a tin roof shed behind a stand of pines. Nothing makes my heart race quite like that (well almost nothing).
I remember the red 1969 Mustang BOSS 429 like the one that sold at Barrett-Jackson (Scottsdale 2007) for $605,000.  I know, I know prices at Barrett-Jackson are seldom what they seem. Sometimes it feels like a privileged few sell the cars back and forth to themselves and pay for the cars with monopoly money. But the $605,000 was real money. 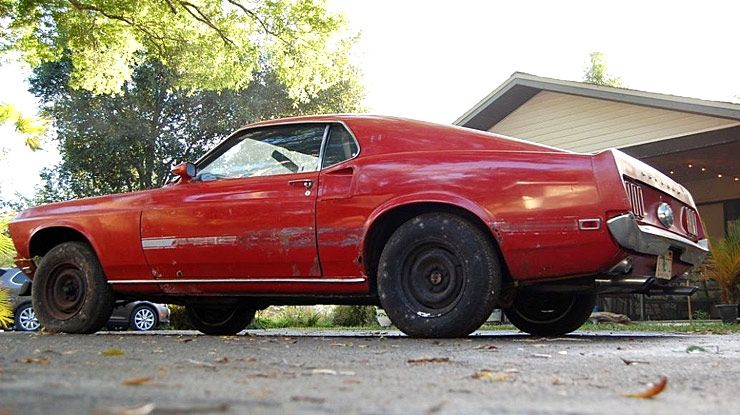 If two drunk rich guys both want a car, the price may not be a good indication of the market – that’s ok by me if real money changes hands. But if its only friends bidding up a buddy’ s car, that really hurts the hobby and distorts prices.

Many a fine restored BOSS 429 has sold for less than $200,000. That’s definitely not chump change. But imagine finding one. Not to sell but to keep, and to drive! Then it’s time to move the wife’s new Shelby out of the garage and into the rain. 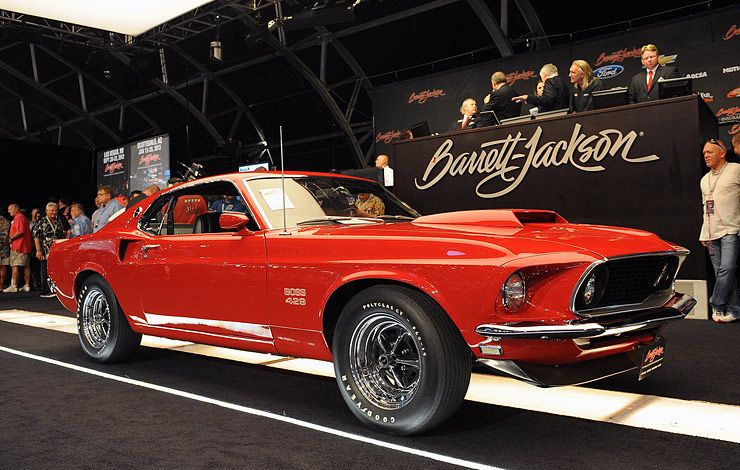 They built only 859 of these cars.  I believe they are one of the most desirable Mustangs ever. And I know for a fact some are still out there waiting to be found.  Well, less than 500 of these cars are accounted for which means there is a good chance, actually a great chance, that you can find one. I have reliable information on where two are right now. At least I’m running down the rumors. One is in Iowa and one in Arkansas. I have intelligence I believe to be true – at least a dozen are out there rotting away in plain sight.