What is a BOSS 429 worth rotting in a field?
Rusty cars that have spent years outside can be rebuilt but come at a big discount. Rusty and incomplete for a BOSS 429 is a real problem. The mechanical components on the BOSS 429 are almost irreplaceable. I’ll settle for a ragged, rusty but mechanically complete car with a clear title and some history to make it worth the two years it will take me to rebuild it. I’d like to save one of these great cars from oblivion, and give it the heated garage it richly deserves. It should be driven and enjoyed. Since I live in Texas I can afford not to drive it when it rains. 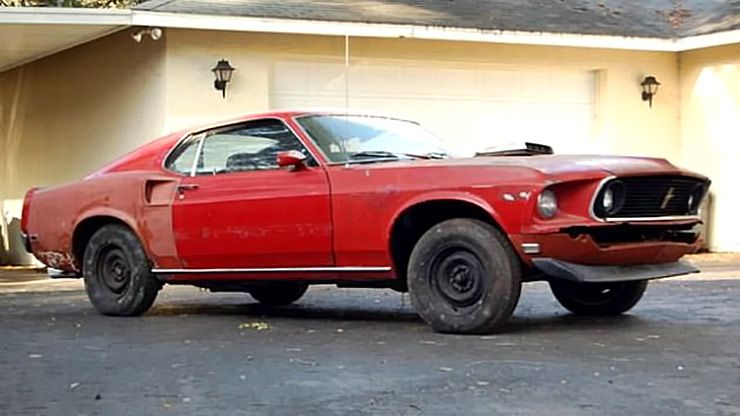 Back to our story of why “The BOSS” came into being and why it is so rare.  The funny thing is that the 1969 BOSS 429, which I call “The BOSS” was not that powerful a car as measured in horsepower to the rear wheels. But it’s a car at the pinnacle of Mustang engineering. Bruce Caldwell in “2007 Mustang Milestones” has stated simply:
“The 1969 BOSS 429 Mustang represents the most radical engine installed in a first generation Mustang (pg. 94).” 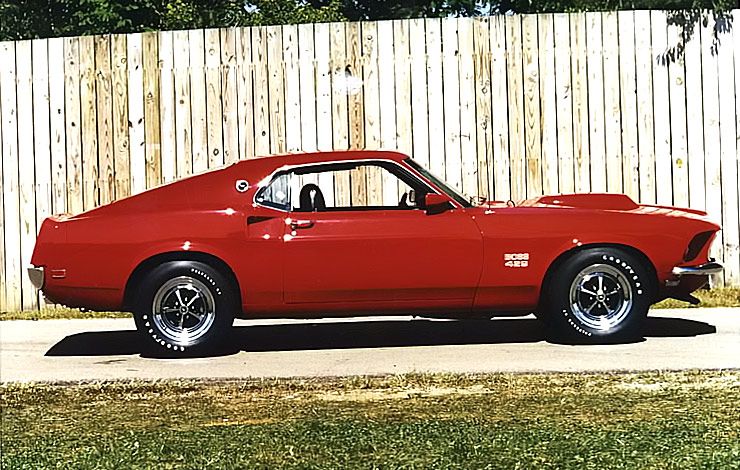 The crazy thing is that Ford’s version of the Hemi, the BOSS 429, was really intended to be raced in NASCAR Torinos not Mustangs. Ford had to produce and sell at least 500 BOSS 429 equipped cars through normal dealership channels to qualify the engine for NASCAR use. And so it did.  Thank heaven the Mustang people at Ford decided to put BOSS 429 engines into the 1969 Mustangs.  And so it was that a total of 859 Mustang BOSS 429’s were built in 1969 and 499 BOSS 429’s were built in 1970 in Mustangs sold to the American Public. 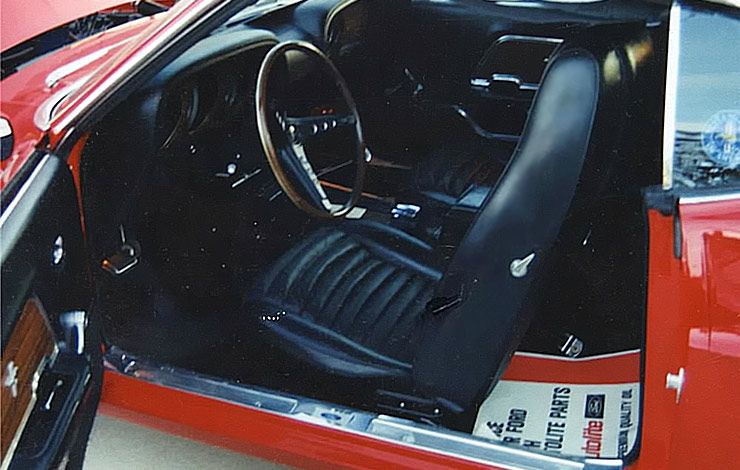 Unfortunately, the BOSS 429 engine sold to the public was a shadow of what it was designed to be. Simply stated, the car is not that fast. Ford deliberately “detuned” the car for the public with a conservative camshaft and a carburetor that was way too small.  Still, it was a handsome engine with much promise. It was rated at 375 hp by Ford with unique aluminum cylinder heads (which are very rare) on cast iron 429 blocks. And all BOSS 429’s came with close-ratio four-speed transmissions.

The very wide aluminum heads required narrowing the Mustang spring towers and the front suspension mounting points were changed. Even then the engine makes the engine compartment of the ’69 seem small and cramped when actually it is large by Mustang standards. 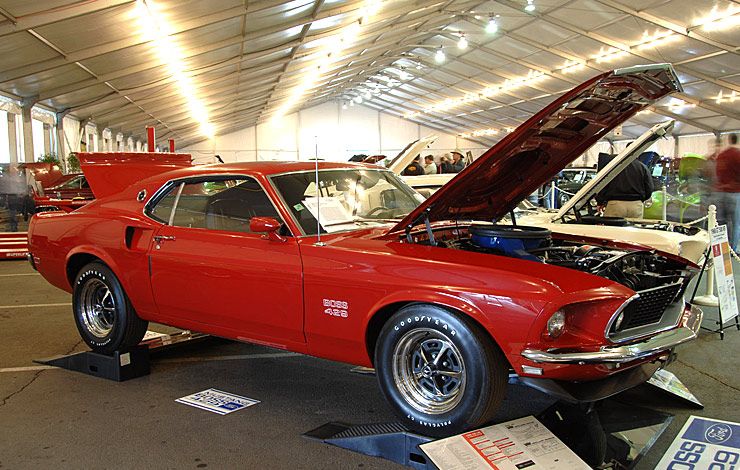 If you find one and keep it, the hardest decision will be whether or not to make the simple modifications that were anticipated for the NASCAR racing engines. That would make it very fast and fun to drive!
As for me, I’ll keep looking for my own BOSS 429!

Special thanks to John for this article
Source