When good old boys have time and a few spare parts lying around, something like this is bound to happen. 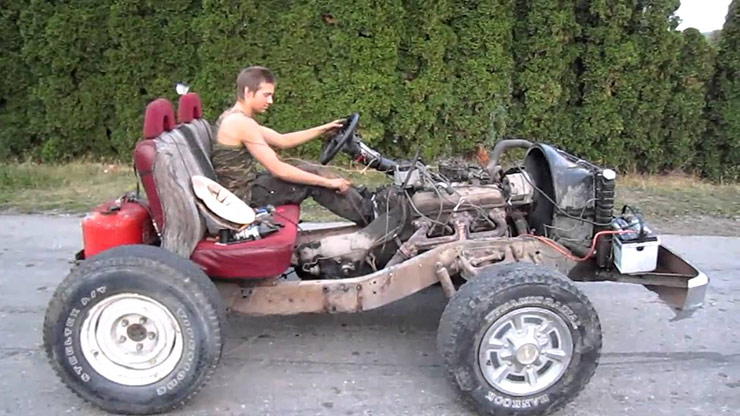 These guys are just having some fun. But these teenagers are not at the mall playing the knock out game or shoplifting… or playing video games. RESPECT!
–
Their toy looks like Blazer with body removed and worn out V-8. Poor engine sounds tired, it sound like it’s got very little compression, exhaust leaks and two cylinders probably not firing. 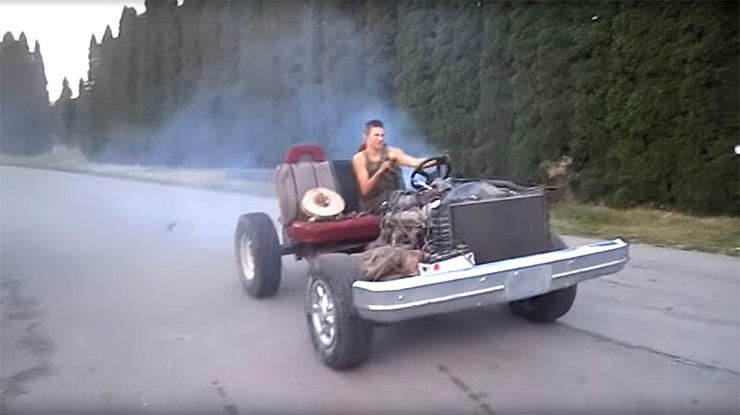 A 350 in an extremely short wheelbase, lightweight go kart would make for a ton of fun to tool around in! Safety isn’t paramount here, but since when has that stopped a few rednecks! That’s the most redneck go kart I’ve ever seen.

Slap a roll cage on this thing and some four point belts, and you got yourself one awesome offroader!