When you ask most Ford enthusiasts what their favorite Mustang is, the Boss is always at the top of the list.

The world as we know it is fat with rivalries, but when it comes to sheetmetal battles, the Mustang vs. Camaro feud was as intense as they come. Ford fired the first shot with a snazzy little Falcon-based street car in 1964 called the Mustang. Then Chevrolet countered with the Camaro, a car offering more of what the Mustang promised to deliver. 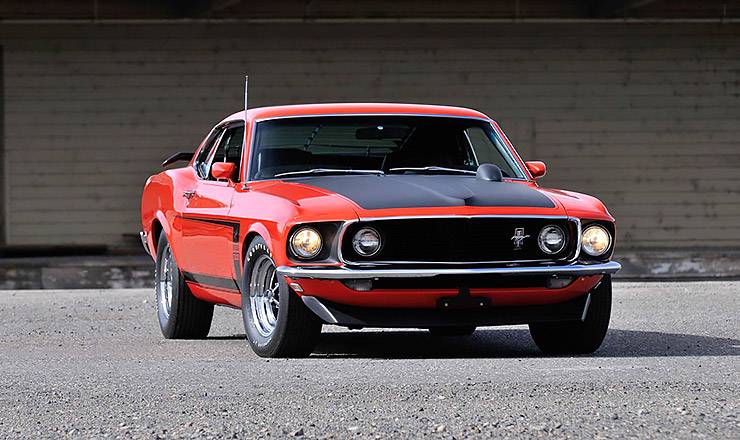 The feud carried over to the racetrack. The Mustang won the SCCA Trans-Am Sedan Championship in ’66 and ’67, but the awesome 302-cid V8-powered Z/28 Camaro snatched the glory in 1968. 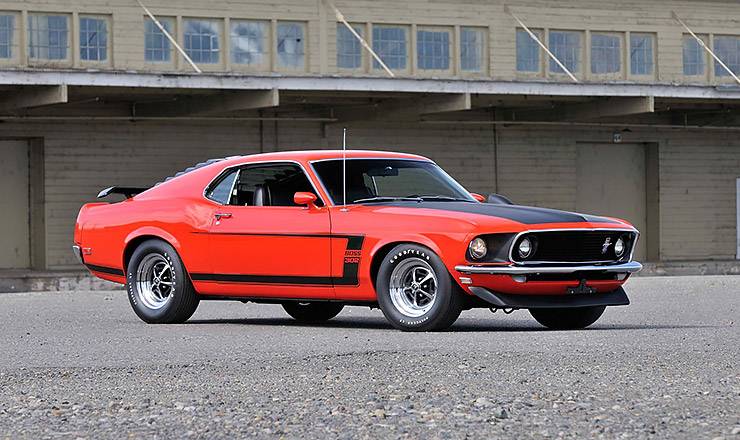 Ford did not stand by and watch its beloved stallion be broken, though. Development had already begun on a 302-cubic-inch engine for passenger cars and a tunnel-port version for Trans-Am racers. The adaptation of the Cleveland four-barrel heads to the tunnel-port short-block looked promising. But to qualify for competition with this beastly Mustang boasting high-performance handling characteristics, Ford needed to build 1000 production cars with the package. In 1969 the street Boss was born. 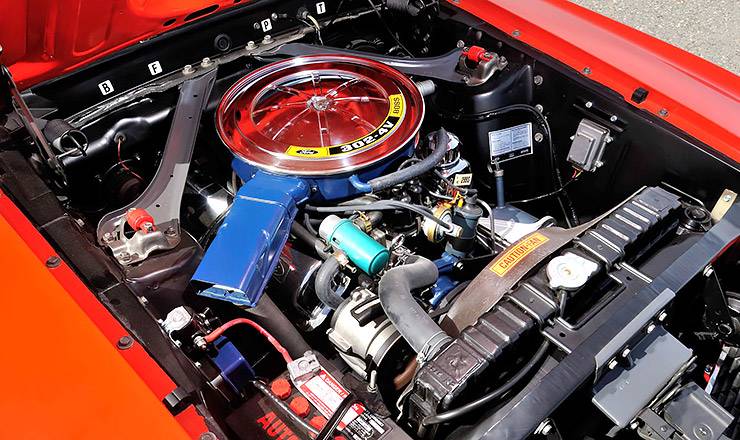 The Boss’s pounding heart was its high-performance V8 cranking out more than 300 hp at 7000 rpm in street tune (it was officially rated the same as the Z/28, at 290 hp, and protected by an engine-saving rev-limiter). It had a close-ratio four-speed and a nine-inch rear differential with a 3.50:1 gear ratio. The Boss could sprint from 0 to 60 mph in 6.9 seconds and run the quarter-mile in the mid-14s.

The Boss 302’s suspension made good use of stiffer springs and shocks as well as front shock tower supports. A quick-ratio steering box and a hearty front anti-sway bar was also fitted to the car. Later models got rear anti-sway bars. Wrapping the 15-inch 500 wheels finished with flashy running horse center caps were meaty Goodyear F60X15 Polyglas tires. Since the tires were much larger than standard tread, the front fender lips had to be cut and rolled for clearance. Enthusiast magazines mostly concurred the Boss 302 was the best-handling Mustang ever. 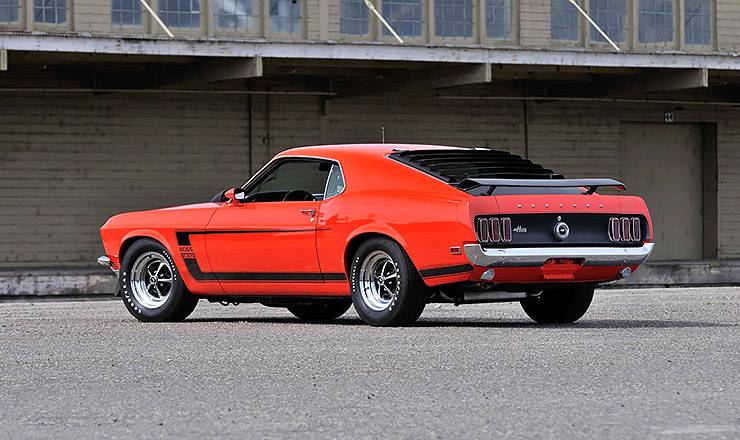 The crucial job of creating the aggressive Trans-Am racer look of the Boss 302 was given to Larry Shinoda, who shaped the stunning 1963 Corvette Stingray and the Z/28 Camaro. Since Ford planned to give the Mustang a new, more aerodynamic shape for 1969, it made sense that the Boss identity would play well with the “new look” Mustang.


All clutter, including the side scoops and medallions, was removed from the sports roof body style. In its place was a swooping, reflective “Boss 302” graphic and black hood, rear decklid and rear panel. A front spoiler was standard (window louvers called sport slats were optional, as was a rear spoiler). Eventually, a popular shaker hood was added, and more color combinations were offered, although the car remained easily identifiable as a Boss Mustang. 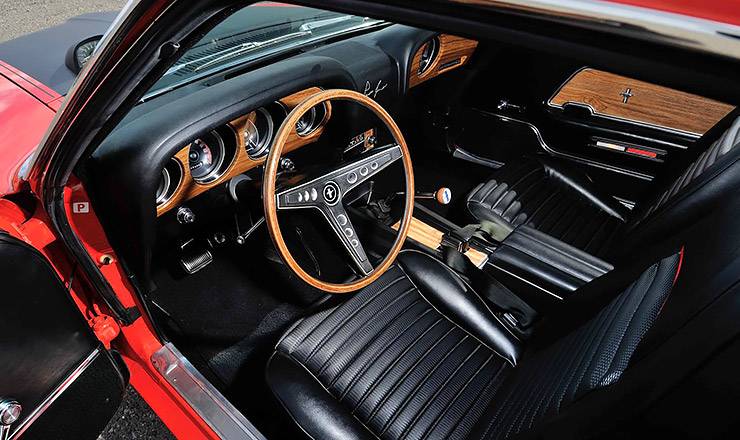 Fewer than 9000 Boss 302 Mustangs were produced between 1969 and 1970.
Watch the video below with a rare pair of two Boss Mustangs consecutive built one right after another back in 1969.

When Ford canceled their Trans Am racing program in 1970, they also canceled the 1971 Boss 302 Mustang, but one car, a prototype, was sold to the public.
Learn more: MILLION DOLLAR 1971 BOSS MUSTANG PROTOTYPE BARN FIND.
Learn more about bigger brother – 1969 Mustang Boss 429