Since the drivetrain worked decently, the majority of the work on this truck revolved around suspension mods. Though there are kits available to lay out these trucks, Travis and Johnny opted to Z the frame on the front.
– 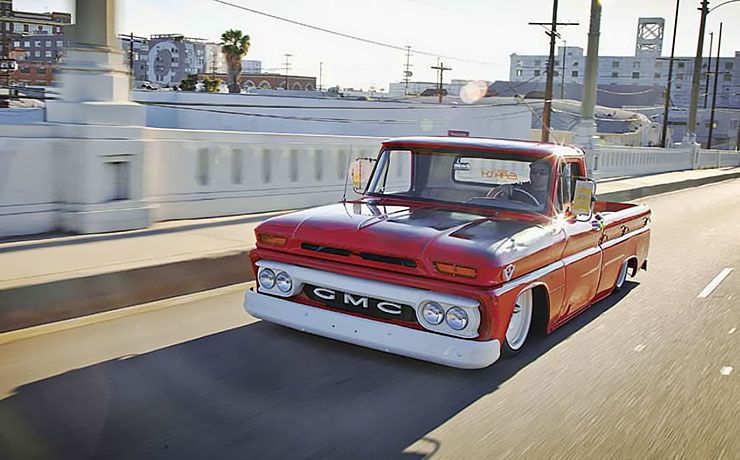 Then it was upgraded with drop spindles, disc brakes, a master cylinder and brake booster from Classic Performance Products (CPP). The control arms were narrowed 1 inch, and a set of Firestone airbags was fitted to the suspension in lieu of the coil springs.

On the rear, the frame was step notched enough to let the original rearend travel up high enough to lay the truck over the 20-inch Detroit Steel Wheels. A custom 2-link with track bar and another set of Firestone ‘bags takes care of the suspension. Instead of cutting out the rotted wood bed floor, the whole thing was removed. Later, the two of them decided to add a raised wood bed floor and raise and section the factory wheel tubs. Under the hood, the stock inner fenders were removed, and a set of custom steel wheel tubs was fabricated to cover the wheels.
– 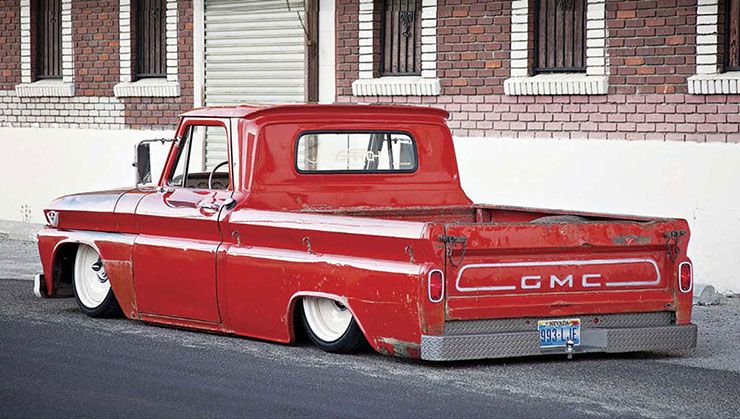 On the inside, things were left relatively simple, and the truck was pretty bare from factory. Starting with the dash, the gauges were replaced with a set from New Vintage. Housing them is a bit difficult because there are only a few options on the market for classic GMCs of this era. Travis made his own gauge cluster and mounted it all in the dash. As for the rest of the interior, Tawni Pratt of Tweeds Upholstery recovered the factory bench seat in vinyl and cloth, while Travis installed black carpet from Golden State Parts. 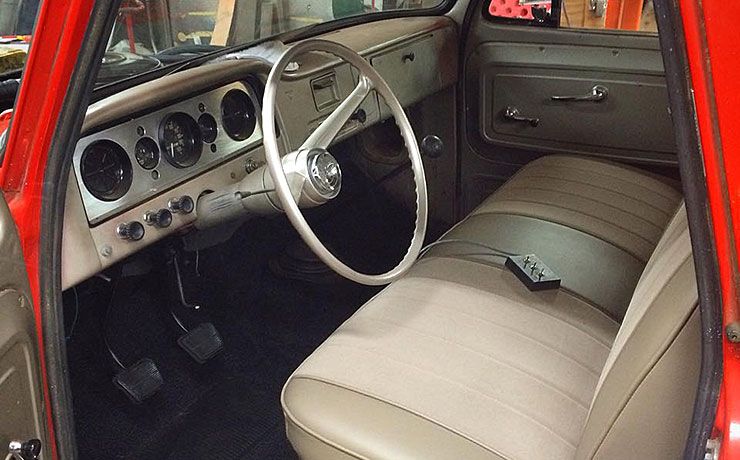 For the body of the truck, the plan was to leave it alone since patina is hot in the scene right now. Travis and Johnny decided to see if the factory paint would buff to a shine. After testing out their method in one area, they buffed out the original paint to a high shine. To give the front end a little more shine, the bumper and grille were painted. When the GMC is taken out on the town, people are mesmerized by the unique look that has come with years of neglect. At least these two have extended the truck’s life for a whole new generation to appreciate. 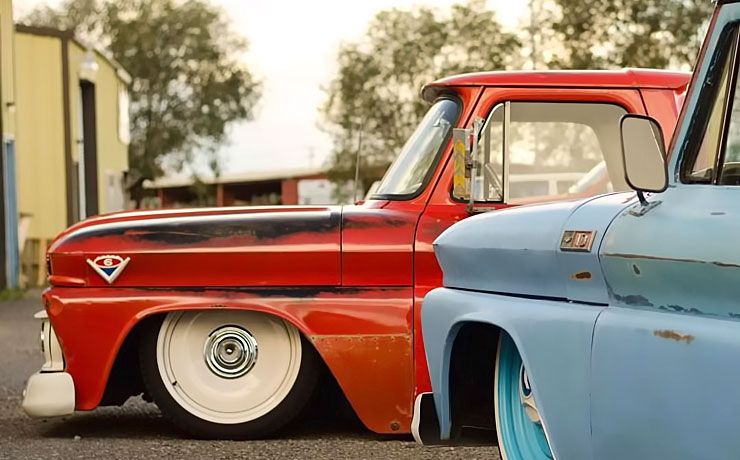