When you are 12 years old, there is no better way to get around than climbing on a bus and just relaxing. Just letting the guy in the front take you where you need to go.
The issue that we see here is that a 12 year old is DRIVING the bus. Yes, he stole it.

The pupil was captured on video behind the wheel of the big blue vehicle on the streets of Bangor, Maine, in the USA. The video was recorded by the driver in the vehicle behind during the incident.


John St. Germain was in the passenger seat of his friend’s car when he saw a bus driving dangerously in front of them. In cell phone video, it can be seen swerving, hitting the sidewalk and signs.
“At first it was comical, because we both thought it was a new driver – like someone being taught how to drive a bus,” said St. Germain.
And it was a new driver – a very young one. 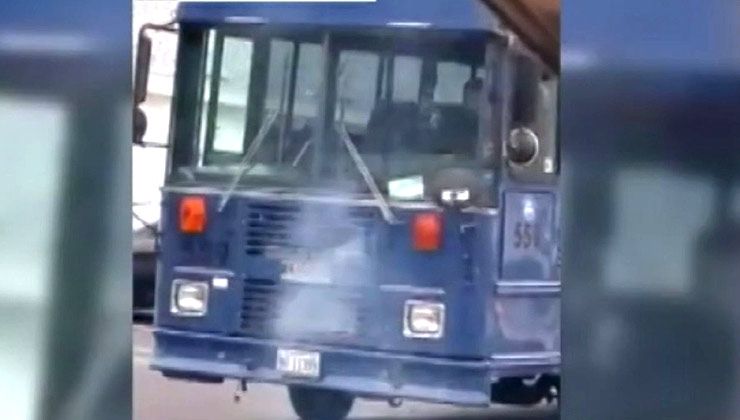 Police say the child got access to the keys of a bus at the Bangor Cyr bus lines terminal and took it for spin.
As his friend called police, St. Germain decided he had to intervene.

St. Germain stopped recording the video, jumped out of his car, and run up to the bus. The doors were slightly ajar, so he managed to get inside the slowly-moving vehicle. Then, he came face-to-face with the child driver.

“He didn’t realize I was there for about 10 seconds or so, and then he looked at me and said ‘I know what I’m doing,'” said St. Germain.

And then the kid kept driving. 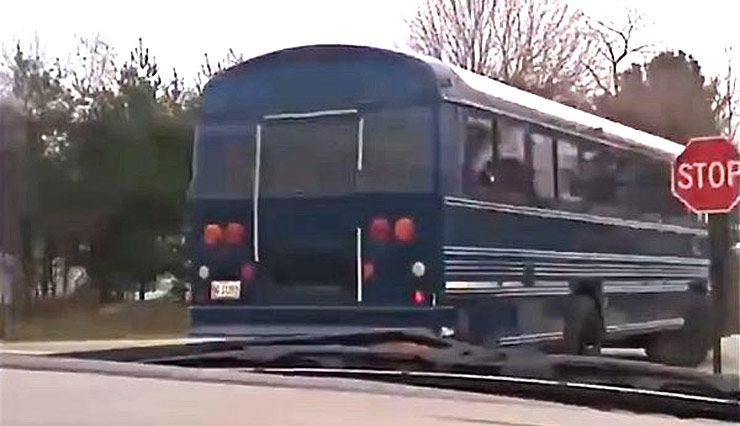 “Then I kind of took the wheel, and put my foot on the brake, and then stopped the bus,” St. Germain said. “I looked at him and said ‘Alright, you need to get in the back now.'”
But the boy hopped off the bus and walked away. Police eventually caught him and charged him with operating without a license and unauthorized use of a motor vehicle.

St. Germain was commended by police for his actions.

“He probably saved much property damage and even injury or death to an innocent driver or the (not so innocent) driver of the bus,” police said.

12-year-old boy was taken into custody and charged with unauthorized use of a motor vehicle and driving without a license.