Many people have often heard the saying that driving is one of the most dangerous things we do in our daily lives. Indeed, getting behind the wheel of your ride and heading off to work or some other destination can be very dangerous.

Statistically, the number crunchers say that you are far more likely to die driving your car than flying in a plane. The numbers seem to back this up by showing that over 90 people are killed every day in motor vehicle accidents in the US alone. It all makes sense once you think about it. If you think about all the people out on the road and add in distracted and drunk drivers, mechanical failures and bad weather then it’s easy to see why driving can be so dangerous. 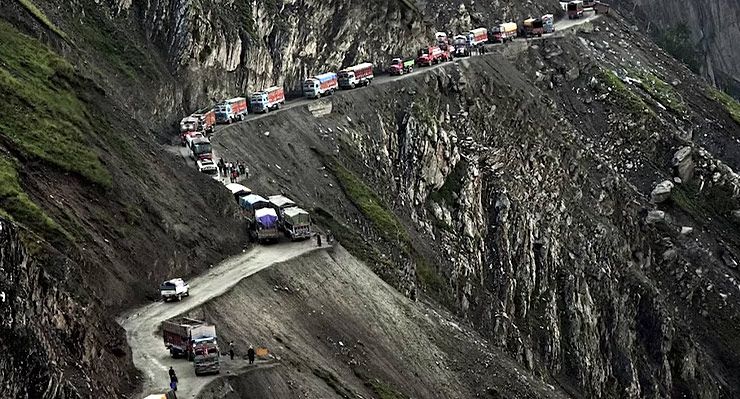 But what about the actual sections of roads and highways that seemingly have a high number of accidents and fatalities all year round. That is, it can be bad enough driving on ‘regular’ roads and highways around the world but there are roads which, for whatever reason, just seem more dangerous than the rest. You are probably picturing the classic mountain side road, carved into the rock with minimal safety barriers and exposed to landslides and all the inclement weather you can think of.
Yes, those roads are very dangerous, but they aren’t the only ones to avoid driving on.

We look at 10 roads you probably wouldn’t want to drive on. These motorways are found all across the world, in all sorts of environments and at all sorts of altitudes. There are the expected mountain roads – narrow and crumbling where one small mistake means you are going for a very long fall. There are also the remote and isolated highways running through deserts and the vastness of Siberia. There are even the sea level roads which provide their own nasty little surprise that can ruin your day (or life).

We guarantee that after seeing this your daily commute will appear to be a walk in the park.