The love for “America’s Only True Sports Car” isn’t confined to the U.S.A. Case in point: This ’71 Stingray, which now cruises the roads of New South Wales, Australia.

Greg Euston’s fondness for Corvettes started long before he was of driving age. “I had a dream that one day I would own a ’71 454, four-speed, T-top Corvette,” he says. “It started the first time I saw a Corvette in my early teens, when I was walking to school. I didn’t see it coming—I heard it come up behind me. When I turned around, I saw this perfect, white, early-’70s Vette drive past. I remember thinking, ‘What a perfect car!’ I made up my mind then and there that I would own one of those beautiful cars one day.’”
–
His dream didn’t become reality until 2006, but only after a car he’d traveled to Melbourne (some 700 miles away) to see eluded him. “To make a long story short, the owner rang me up when we were about 25 minutes from his house and told me that he’d sold it,” he recalls. “I was gutted.”


The disappointment proved short-lived when Euston found another C3 for sale, this time in Adelaide. “I saw an Internet ad that said ‘1971 Big Block 4-Sp Corvette for sale,’” he says. “I rang him up, asked him about it, and then flew down to look at it.” After giving the Brands Hatch Green, LS5-powered ’71 a good look, the deal was made. With the help of a friend who’d been along on his previous Vette-searching trip, Euston placed the car on a “tilt-tray” (rollback) truck and drove it the 1,706 miles to his garage in New South Wales.
– 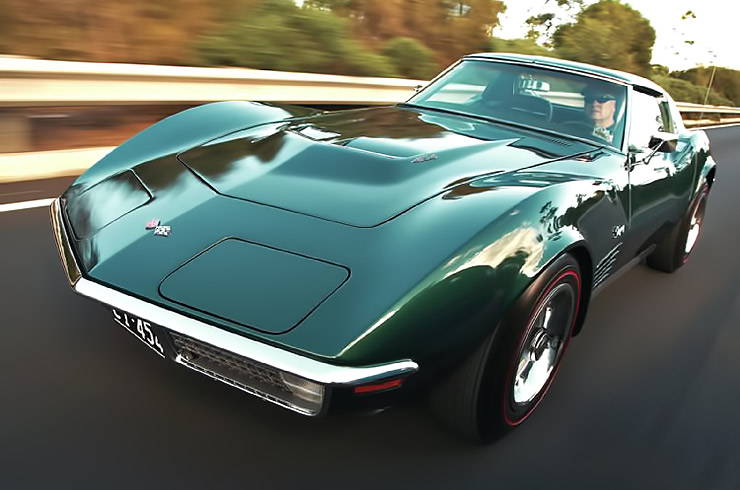 There it stayed for the next three years, though Euston says he could have driven it as soon as he got it home. “I could have registered my Vette after doing some small amount of electrical work on her, and she would have looked pretty good,” he says. “The guy I bought the car off owned it for six years. He had done some work but never got it registered.”

The work done by another of the ’71’s previous owners came to light once Euston started on his restoration. For one thing, the four-barrel atop the 454 wasn’t the stock LS5 Rochester QuadraJet. For another, the intake manifold underneath it wasn’t OEM LS5—and neither were the cylinder heads. As Euston explains, “Sometime early in my Corvette’s life, someone put a 3986195 780-cfm Holley on the engine, along with a 3963569 aluminum intake manifold and square-port heads.” 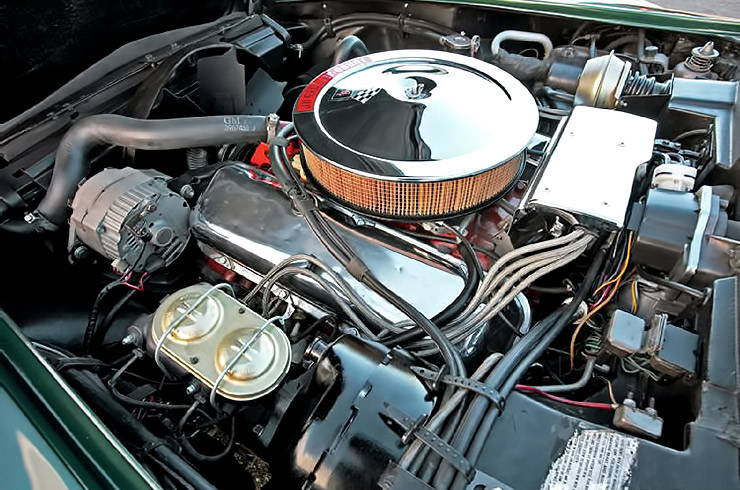 That’s right: The LS5 wore the top half of Chevy’s fearsome LS6—the big Holley, its corresponding intake, and the open-chamber heads. “I’m not sure when this happened, but the part numbers and dates look correct,” says Euston, who also got plenty of documentation with his ’71 that attests to its original LS5/four-speed configuration. 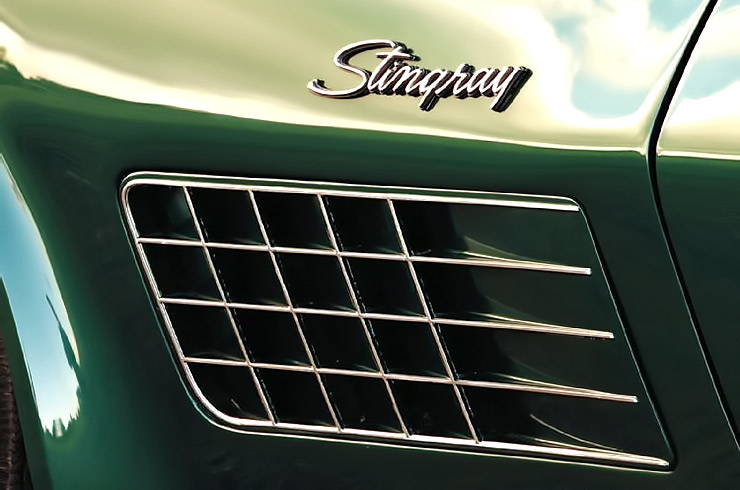 A closer look at the rest of the car showed little evidence of rust or “overly enthusiastic” driving. “There were mechanical indications, like the brake rotors having never been machined, the very good condition of the chassis, and the fact that the car was in Australia unregistered for almost 10 years. All that makes me think the mileage is correct,” says Euston of the 42,100 original miles that were on the odometer when he bought it.


With his C3 now known to be more than just another one of the 5,097 ’71 Vettes built with the LS5 454, Euston started on a body-on restoration, which took him three years. “I did all the restoration work, except the electrical and some mechanical work.” His old buddy Chris Adams helped out with the ’71’s electrics. “Without Chris spending hour after hour helping me, my Corvette would still be sitting in my garage, unfinished,” says Euston. Meanwhile, another old friend, Peter Henshaw, aided in the mechanical resto. “I was always tapping into his wealth of knowledge about everything mechanical,” he adds. 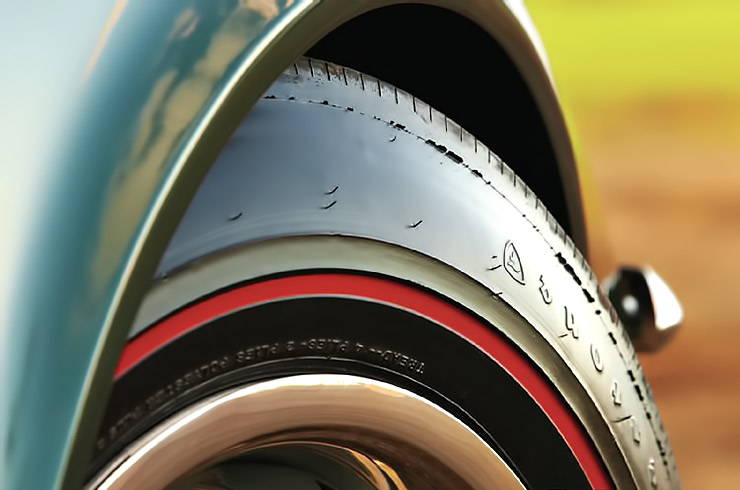 Also helping with the project: Two NCRS members. “Jack Humphrey, who’s a long-standing NCRS member in the U.S.A., helped me find many rare parts. His vast knowledge about everything to do with Corvettes was and is a big help to me,” says a thankful Euston, who adds, “Andrew Gilligan’s Corvette knowledge—he’s an NCRS member here in Australia—is also greatly appreciated.”


Euston says if you’re looking into buying a Vette—especially a ’71-or-earlier one—to contact your local NCRS chapter for advice. “They can advise you on what to look for in regard to damage; rust; functionality of the vacuum system, electrics, the fiber-optics warning system; and the correctness of the car,” he says. “Speaking from my own experience, I wish someone had given me this advice before I purchased mine.” 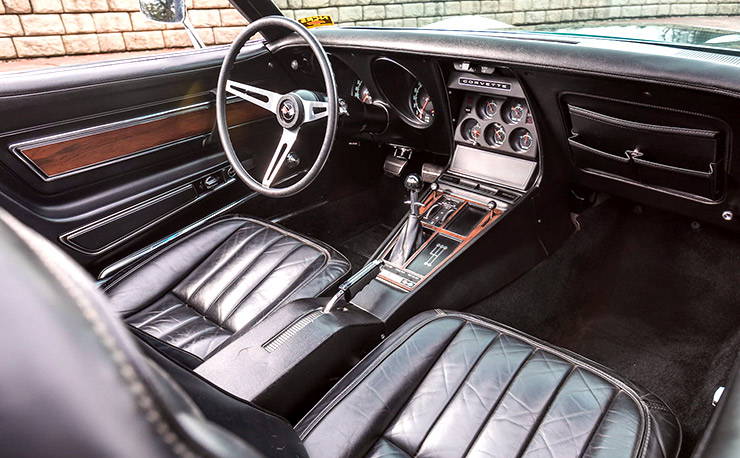 And, speaking of his experiences, driving a Vette like this is truly special. “It evokes a feeling inside me that constantly reminds me how very lucky and privileged I am to own one of these very special cars,” says Euston. “Looking out over the flowing design of the guards and bonnet always makes me feel happy, and I never tire of looking at how distinctive the design lines are.

“Then, to look in the review mirror at the roof fins makes me feel like I’m engulfed in the interior and a part of my Corvette. I can understand the desire the public had for these Vettes, because there was nothing on the road that looked so perfectly sculpted as a ’68-’72 Corvette, especially here in Australia.” 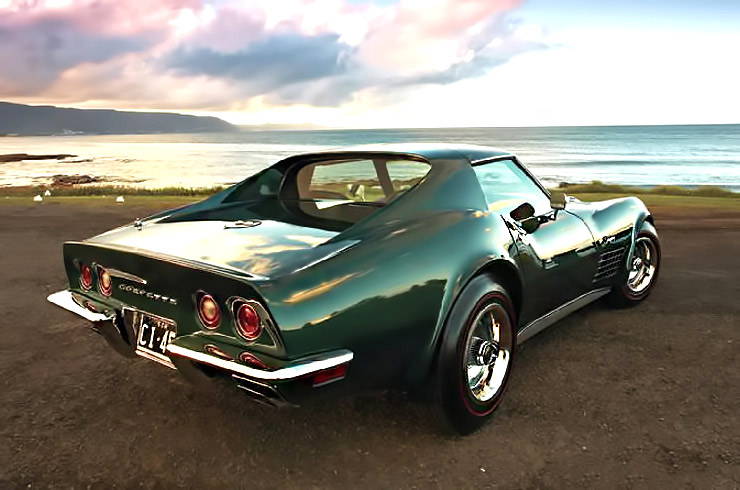 Corvette is Back Home 33 Years After it was Stolen