Owning the world’s largest Dodge Truck (an 800% scale replica of the Dodge Power Wagon) wasn’t enough for Sheikh Hamad bin Hamdan Al Nahyan, so he built the largest Jeep in the world.

The Power wagon pick-up truck is not the only vehicle that the Rainbow Sheikh has enlarged. In 2009 he turned his attention to the World War Two American Willys Jeep and soon a monster Jeep of truly humongous proportions appeared.


The supersized Willy’s replica towers 21-feet tall and is, in fact, a four times larger of the actual wartime classic it is based from. 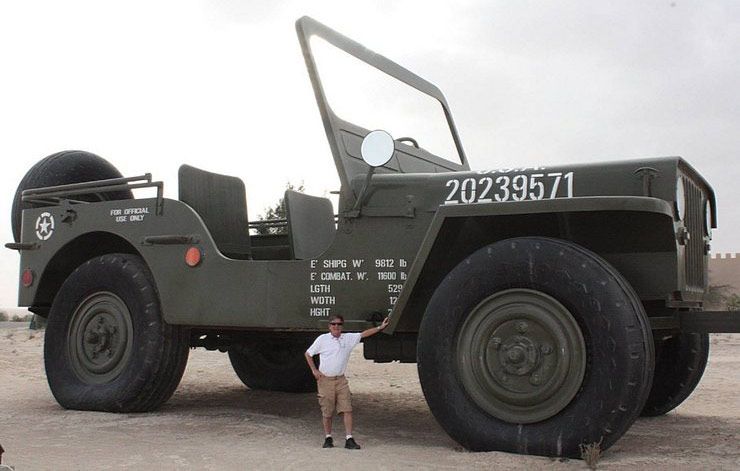 We can get a true size of the scale of this jeep when an ordinary guy stands next to it, or even the Sheikh himself with a standard Jeep parked alongside for extra comparison…I hope the hand-brake is on! 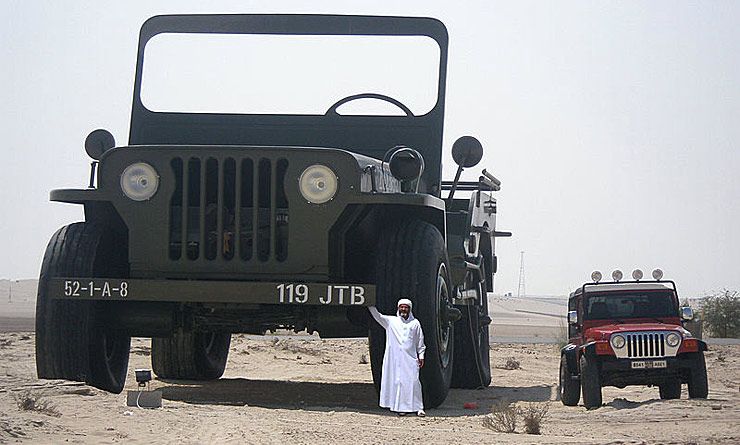 While good sense will tell you that the giant Jeep is probably a statue, you couldn’t be more wrong.

The Jeep is apparently a working motorized model and indeed stands as the worlds largest working model Willys Jeep. The driver can actually sit behind the seven-slat front grille, where the actual control cabin is located.

By the look of the compression on the tires I would suggest that its got some weight too and is not just a big plastic kit. Indeed the jeep has been fabricated from metal with not a single piece of plastic in sight. 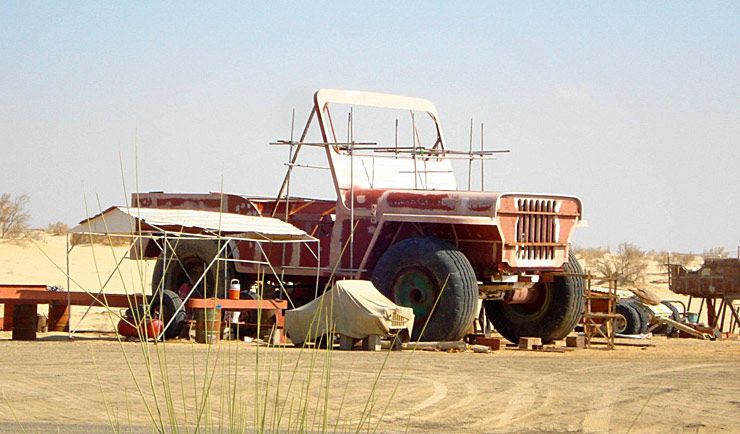 The Jeep was built from the ground up and all the parts were specially constructed and fabricated for it, including the tires.  Money being absolutely no object for the Billionaire Sheikh, he can of course build any fantasy he desires and he often does! Although he won’t say what the exact final cost was, we know that the earthmover tires alone can cost around $40,000 each. 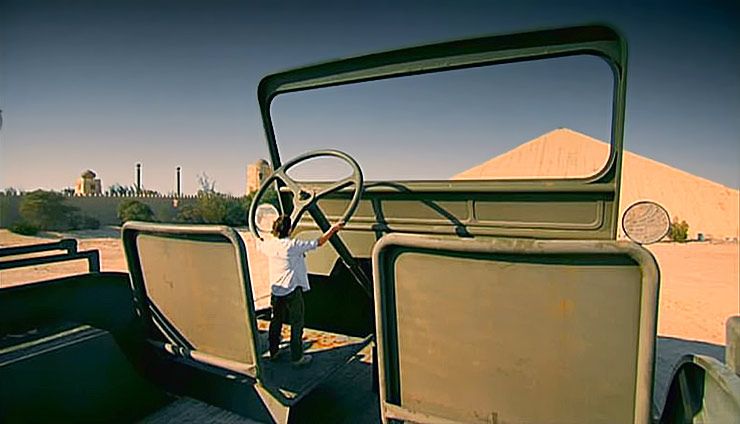 This construction is perhaps the greatest ever tribute to the Willys Jeep and if you happen to be visiting United Arab Emirates then it may be worth while checking this Jeep out at the Emirates National Auto Museum. The Guinness World Records Committee certified it as the world’s largest functioning Jeep replica.

We love custom motorcycles, custom cars and everything