Meet the world’s largest truck!!! Massive Dodge Powerwagon… This giant pickup truck, modified from the 1950’s model, was the biggest pickup truck ever made. It holds four air conditioned bedrooms, a living room and a bathroom, with a motorized tailgate that drops down to become a terrace. This monstrosity was commissioned by billionaire Sheikh Hamad in the UAE.

Hamad Bin Hamdan Al Nahyan The Rainbow Sheikh is a member of the Abu Dhabi Royal Family in the United Arab Emirates UAE.


The Sheikh is worth over 150 Billion dollars (yes thats Billion with a big capital ‘B‘ not million with an ‘M’) and is consequently one of the worlds richest men…But is he happy with all that wealth?…Of course he is!
–
Saudi Arabia practically floats on oil, the world wide sale of which has made these Arabians very wealthy indeed.  But what do you do with so many billions and billions of dollars?
–
Well The Rainbow Sheikh has spent a few million on a collection of vehicles and has a massive pyramid shaped building in Abu Dhabi to keep them all in. 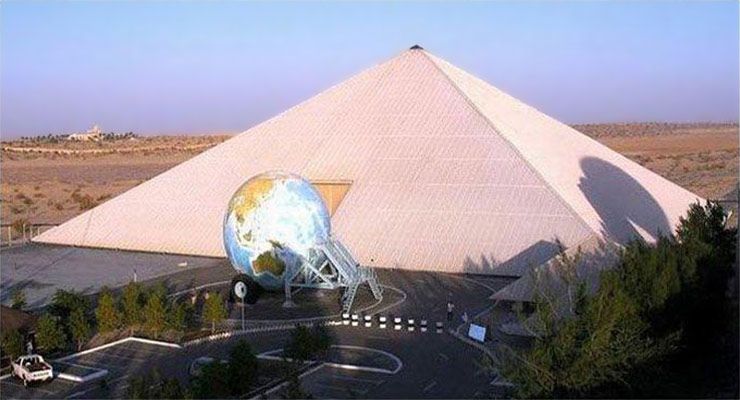 The collection boasts over two hundred rare, exotic, expensive cars and trucks.  Anyone visiting Abu Dhabi may visit this private collection during opening hours without paying any admission fees, as his Royal Highness has decided to open this collection up for the public to see, for free. Note: More usually wants more which is why western billionaires still have to charge people admission fees etc. So its nice to see that the billionaire Rainbow Sheikh doesn’t operate like this.

Sheikh Hamad Bin Hamdan Al Nahyan is primarily known as The Rainbow Sheikh (which I am glad as typing out his name takes time) because he bought seven brand new Mercedes 500 SEL’s and had them painted up in the colors of the rainbow…violet, indigo, blue, green, yellow, orange and red.

This webpage spotlights on one of the most curious vehicles in that collection, a replica of a 1950’s Dodge Power Wagon pick-up truck. 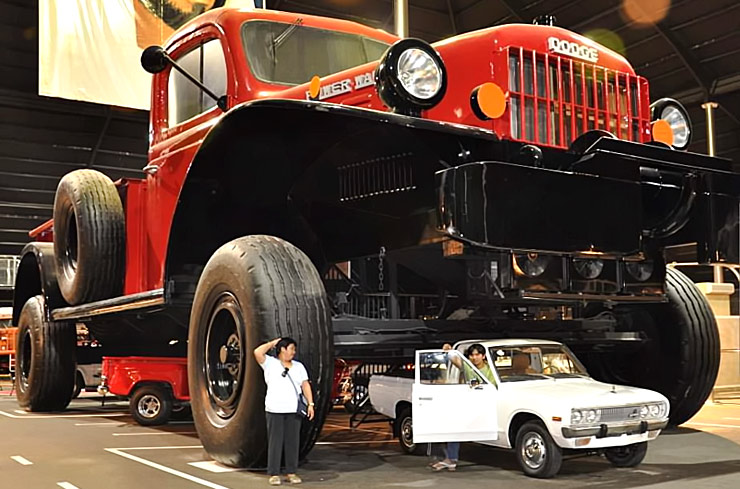 The specially enlarged pick-up truck is eight times larger than its counterpart and weighs over fifty tons.  It comes complete with a full sized kitchen, air conditioned bedrooms, bathroom and lounge with all mod cons and a patio area in the back.

The entrance to this is under the truck, up a flight of stairs that comes down from below the engine area.

What is more amazing is that this truck is not a static display piece, it actually drives, helped by the engine from an earthmover.

The truck is a faithful copy of the original normal sized truck and all the brakes, steering linkages, suspension arms etc are all there complete.

It is of course painted up in the original colors and is also registered to be driven on the roads in Abu Dhabi, as are all of the Rainbow Sheikh’s cars. 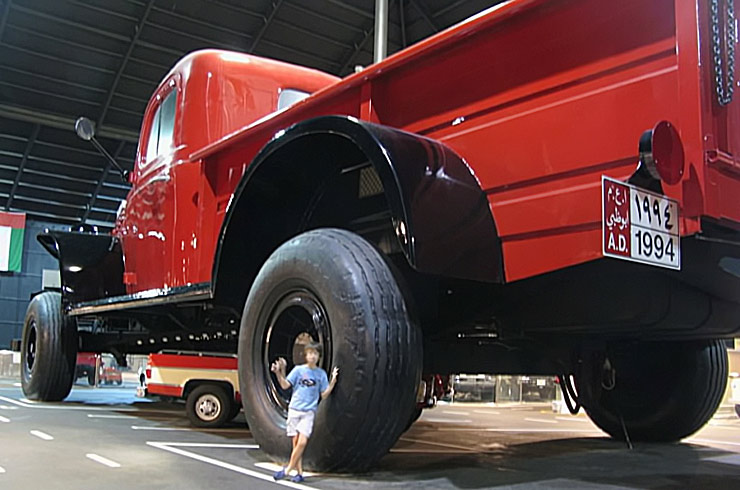 This truck was actually built to celebrate the 1950’s oil boom which is why the Sheikh chose this particular vehicle to do the entire exposé on it, as the Dodge Power Wagon was one of  the first vehicles used by the oil pioneers in the 1950’s.

Apparently it only took a few months to build but was limited in size to the availability of the tires that the Sheikh could get for it.  I would have thought that he would have had some tires specially built in any size for it but there you go.

Overall though, this is the worlds largest pick-up truck and it never fails to impress anyone who goes to see it.