You couldn’t buy a Race Hemi convertible in ’64, so you built your own.

Among the B-Bodied 1962 Dodges was a bucket-seated sporty model called the Polara 500. It was available as a two-door hardtop and a convertible, and a 4-door hardtop was added in December. Standard equipment included a 305-horsepower 361 cubic inch V8 with four-barrel carburetion and dual exhaust.
– 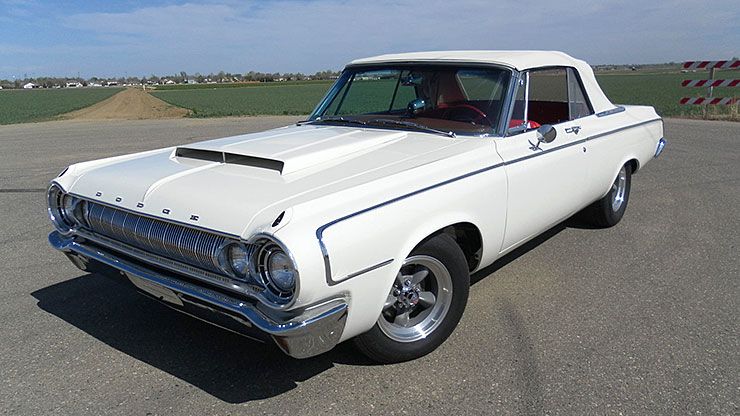 The Dodges were available with optional V8 engines of up to 413 cu in (6.8 L) including the station wagon and convertible. These mid-sized Dodges (and similar models from Plymouth) competed successfully as stock cars in NASCAR races, and in stock-automatic classes in drag racing, where their smaller size and lighter weight gave them an advantage over the larger cars from Ford and General Motors. 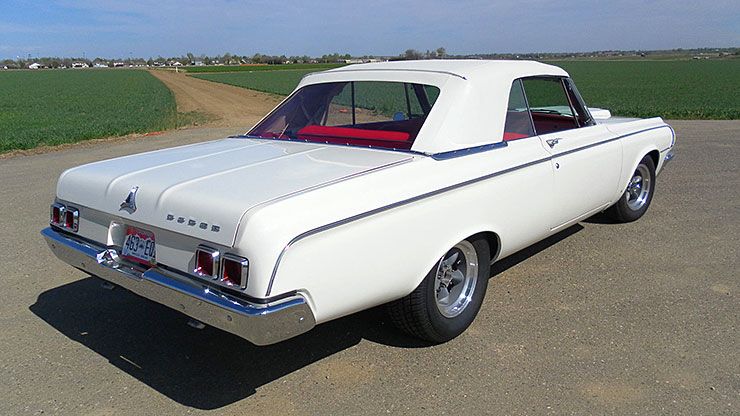 But when the 426 Hemi was released for production in May of 1964, the choices were narrowed to the two base lines of the Plymouth and Dodge, the Savoy and Belvedere in the Plymouth, and the 330 and 440 in the Dodge. No longer could the station wagon or convertible be an order option. Both makes could be ordered as either the steel-bodied hardtop or aluminum-nosed race version.

What was different between the engine in a car ordered with steel body components and the lightweight aluminum-nosed Race Hemi version? In prior years the Max Wedge could be ordered with either a low compression 415 HP engine or the high compression 425 HP version. For 1963 the low compression engines came in the steel-nosed cars while the high compression engine was only available in the aluminum lightweight cars. Entering 1964, the Stage III Max Wedge could be ordered in that fashion, but when production shifted to the Hemi in mid-year, only one horsepower engine was produced, at 12.5:1 compression rated at 425 HP. 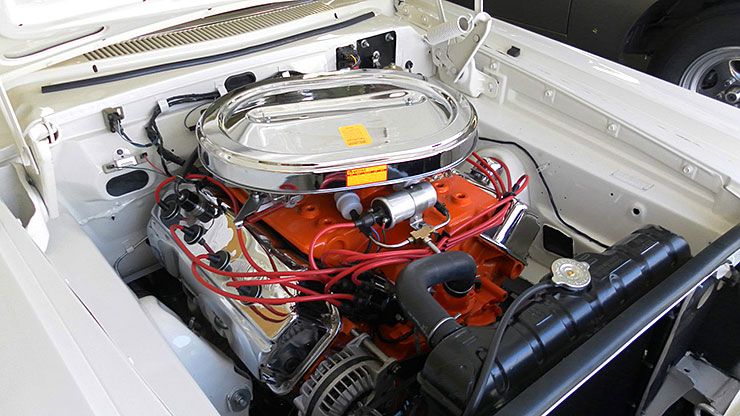 So how did this Race Hemi convertible come to be built? Long time Mopar enthusiast and expert in the history of both the Max Wedge and Hemi cars, Greg Lane of Denver, Colorado was determined to have a unique and very special version of what would be his dream car, the Race Hemi convertible. The project began in the late 1990s with the purchase of a Polara convertible that was not only stripped of its Polara trim, to be replaced by 330 trim, but modified to duplicate the Hemi production cars that included the modified passenger side shock tower and stamped metal hood scoop. 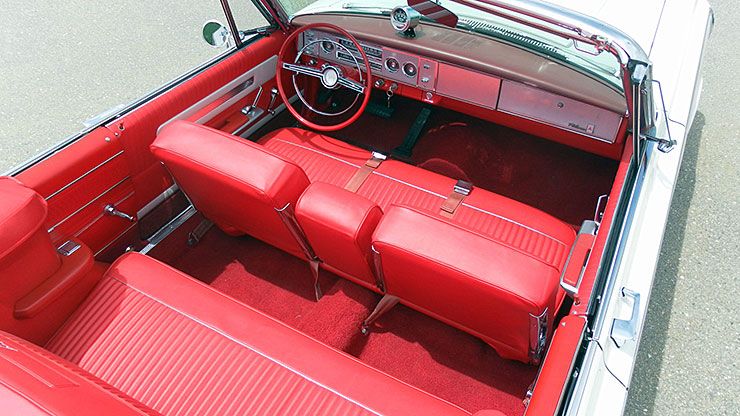 Now the car would appear as the never produced 330 convertible with all the distinct and unique features of the factory racecars. Over the next 15 years parts were accumulated that included a newly built 1964 Hemi engine. NOS trim and countless special pieces unique to the 426 Hemi cars were also accumulated to make the car visually correct in nearly every way.

The Rest of the Story on the NEXT PAGE