The GNX – It Just Had to Be Built
–
A special car like the GNX would have to have more power. But, by now, the Turbo V6 was so well developed there wasn’t much left to modify. For help, Buick called on McLaren, the world famous racing engine builder to find a few more horses.


Along with some reprogrammed electronics, the GNX was treated to a new ceramic coated turbo impeller and a specially designed intercooler combined with an enlarged turbo exhaust housing and a less restrictive exhaust system, this helped the GNX’s power plant max out at 276 horsepower and 360 foot pounds of torque.
– 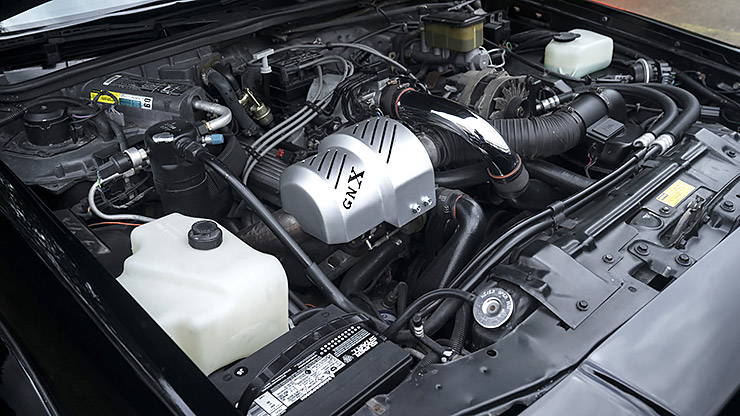 But, by far, the major changes took place in the car’s suspension. “We knew we had a lot more power going back to the road’s surface so we knew we needed to make sure we tied down that rear end, so we couldn’t allow the differential to rotate on low so we introduced the ladder bar and launched a little rod that cracked almost halfway up through the car. That ladder bar kept the differential from rotating on torque load Instead the rear end of the car lifts up, that keeps the tires planted firmly on the ground, less tire spin, far better performance.”

All this cut more than a second off the GN’s 0 to 60 times and its quarter mile performance was astonishing. Official track testing saw the car sprint down the quarter mile in 12.7 seconds at 113 mph, which was 0.3 seconds quicker than an F40. The car cornered like a sports car compared to old school muscle cars and today it still looks like the meanest car on the road. 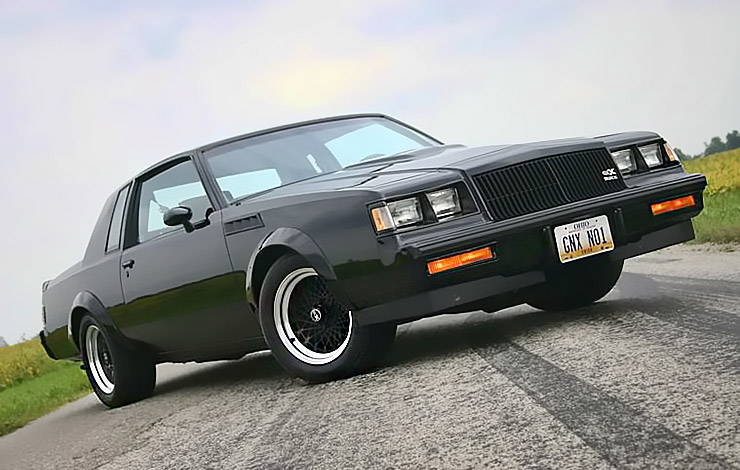 But maybe the car’s greatest gift to the muscle car world was that it taught Mike Doble, Buick advanced concepts manager, and the GNX team something very special about the love people have for performance cars. “I think the strongest message was that we gained an awareness of the fervor that the market had for niche vehicles. They wanted vehicles that were unique and special to them. The cars that said a statement and met their lifestyles and met them feel unique and special.” Even though they were only in production for a few years, the turbo cars from Buck created a following as strong and enthusiastic as any muscle car ever made. 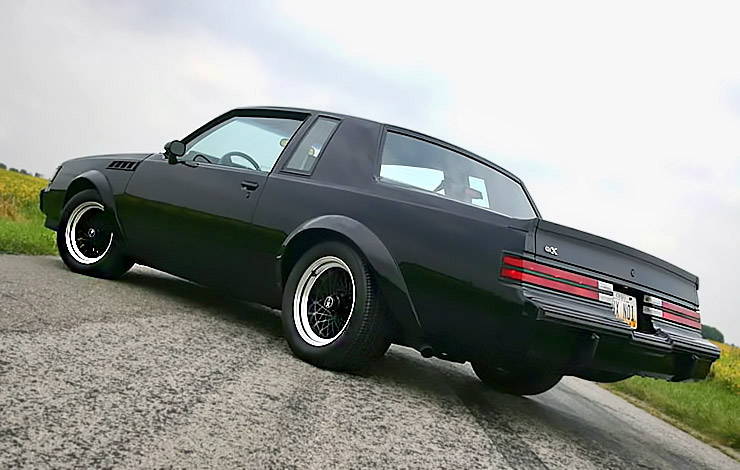 In 1987 when Buick canceled the Grand National, Buick dealers all over America were inundated with orders for one of the last ones. The demand was so great that Buick extended its production run. Over 20,000 1987 GNs were eventually made. Of those, exactly 547 was converted to GNXs. 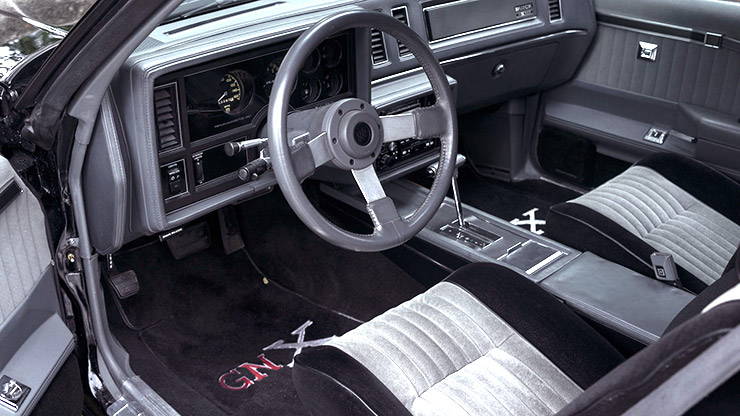 Modern GN and T Type owners range from people who raced big block Fords and Chevys in the 60s to young people getting their first taste of going fast and loving every minute of it. Bill Savino and his two sons, Mike and Dan, each own a Turbo Buick. It was Bill who started this family trend: “I drove an ’87 new in a dealership and I fell in love with it so I just got my chance last year to buy an ’87 Grand National and after that, Mike decided he wanted to buy one and then Danno got the bug and Danno bought his ’85.” Dan adds: “I’ve known about them since 8 years old. Said when I turn 16, 17, I’d like to get one so I had to get a cheap one and stumbled across this and bought it!”


This General Motors street beast was ahead of its time in performance and is truly one of the highest sought after American muscle car collectibles of its era.
Pages: 1 2 3