Buick Makes Fun Cars Again
–
So, a group of engineers got together and literally redefined the muscle car. They wanted to keep all the important muscle car stuff like blinding acceleration and great styling but they had to lose the things that didn’t work in the 80s, like poor handling and bad fuel economy. At the time, the Buick Regal was mixing it up pretty well on the NASCAR tracks. And even in the 80s, the old connection between racing and sales was still there. “There was still that a growing belief which I think is true today of many cars: win on Sunday, sell on Monday.” Says one racing enthusiast.
– 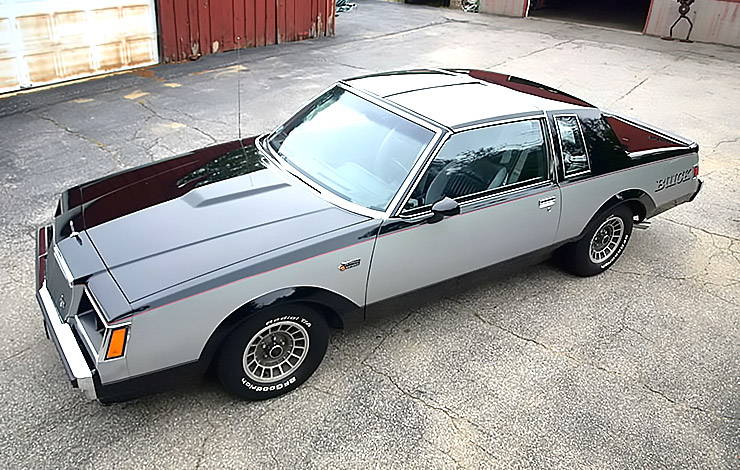 The car which would become the next great muscle car was the 1982 Regal Grand National. It was more of a cosmetic exercise than a muscle car but it was a start. Now all Buick had to do was create a muscle car power plant to go with its excellent body and the good ol’ days would be back again.

Thanks to Buick’s race track success, the Regal was already a well known race car but on the street the ’82 Regal Grand National was just another stripe and decal package. But all that was about to change. Power was the essential muscle car ingredient. For the next generation Grand National, Buick had chosen an engine that delivered good mileage and also had pretty good racing credentials. The 3.8 liter V6!
– 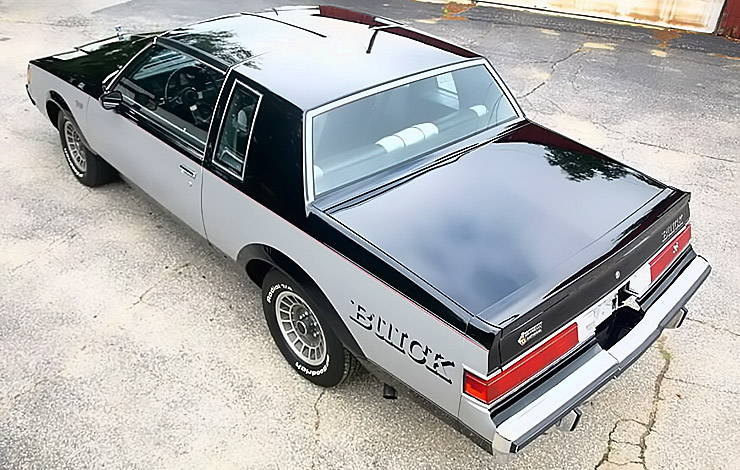 Buick had been a pioneer in V6 engines as far back as 1962 when they offered one in their new compact special. But the V6 that would become the world’s next great muscle car motor bore little resemblance to that early engine. By 1984, Buick’s turbo engine group was ready with the engine that would turn the Grand National into a real muscle car. What would transform the 3.8 liter V6 from a grocery getter into a booster rocket was a device called a turbocharger.

The ’84 Grand Nationals 3.8 liter or turbo engine was light years ahead of earlier V6s. It made 200 net horsepower and 300-foot pounds of torque, making it the most potent six-cylinder engine in GM’s inventory along with the Garrett turbocharger. It featured electronically controlled Bosch sequential fuel injection, a specially tuned aluminum intake manifold, a higher pressure fuel pump and a new mass air flow sensor. 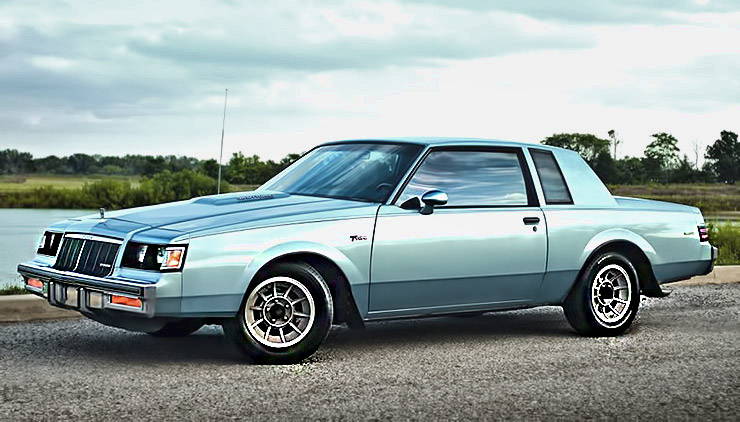 For 1986, the engine’s bottom end remained the same. But on top, a lot had been changed. From its now open intake manifold to better electronics, Buick’s continuous improvement program for the Turbo 3.8 increased its output more than 10%. It now cranked out 235 net horsepower at 4400 RPM and 330 foot pounds of torque at 2800 RPM. This year the Turbo was moved to the front of the engine and it now fed compressed air into the intake manifold through a clever little speed secret. This device cools the heated air coming out of the turbocharger to make the engine’s intake charge more dense and able to produce more horsepower. With the addition of the intercooler, this little engine that could had become the little engine that could kick your butt!


It could now rip off high 13 second quarter miles at almost 100 mph in showroom stock trim! A little tweaking and the engine responded like the true race motor it was, which caused modern day muscle car enthusiasts to jump all over this car with not just wrenches but laptop computers. 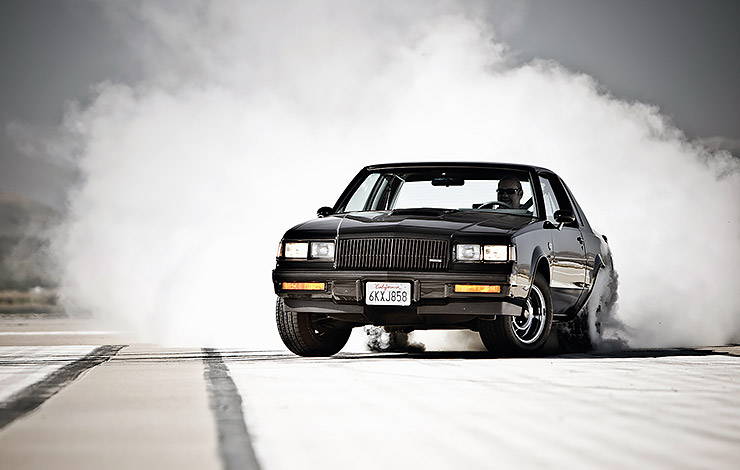 But just like the last days of the 60s muscle cars, the end was near for the turbo cars. However, Buick wasn’t about to let this car just disappear without doing something special. What happened next would make automotive history. What they built was the GNX with the 87 as a base line. They created a modern American classic in every way from appearance to performance. From the car’s new GNX badging to its flared fender wells and 16 by 8” BDS wheels to the classic Buick portholes, this was a collector’s car even before it was built.

Read the rest of the story:
part 3 – The GNX – It Just Had to Be Built