This is “Trabantimino” which is based on an East German 1987 Trabant and now looks like it would feel at home on a Transformers movie. 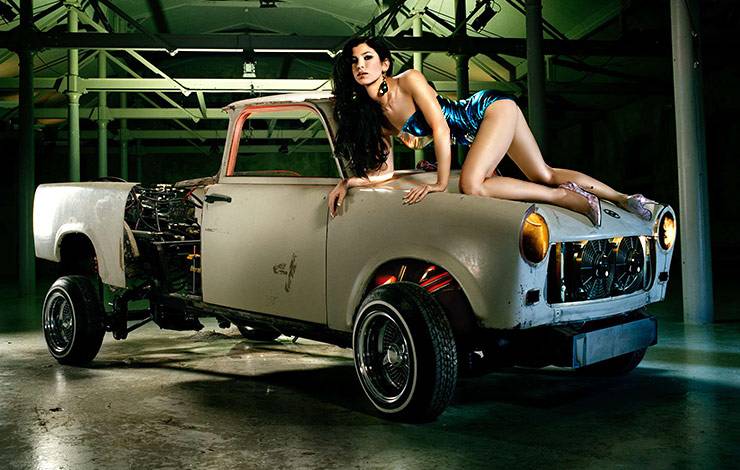 A Detroit photographer and performance artist Liz Cohen transform this plastic-bodied, 26 horsepower former communist monstrosity. NO JOKE, 26 horsepower!!! The car is now powered by a Chevy El Camino engine and the body separates to reveal the chassis using a collection of hydraulics.

The result is a “Trabantimino”, Trabant that extends to the full length of an El Camino with the push of a button. 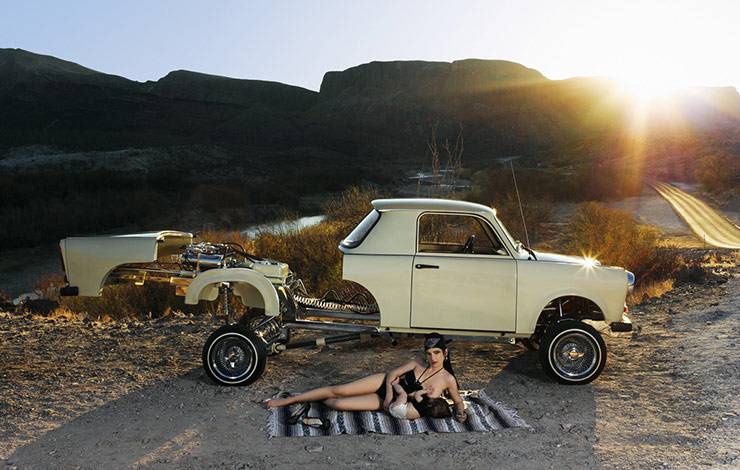 The car was created by Liz Cohen as part of an exploration into DIY culture and a playful mix of identities and has one first place and special recognition awards in the Main Street Showdown Supershow that is held every year in New Mexico.
– 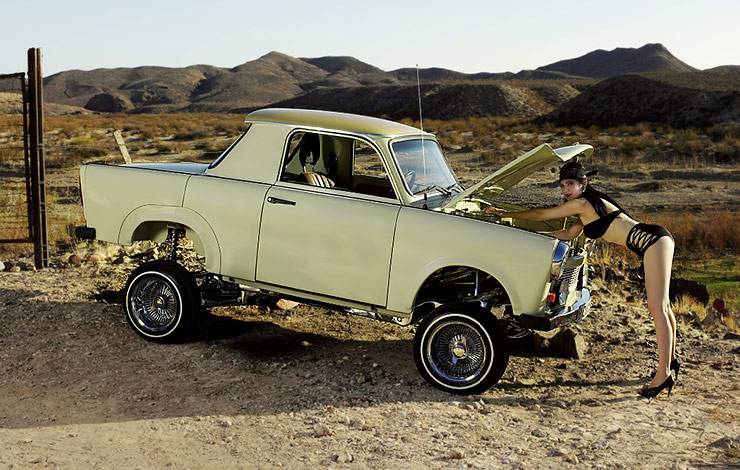 When she took on the project, Ms. Cohen wasn’t much of a gearhead, but in the process she’s become a knowledgeable fabricator, with considerable welding skills.
–
Aside from transforming a lemon into a hotrod, Liz Cohen also began dieting in order to become a bikini model. She was formerly a photographer and during the 8 year project she took time to hybridize herself by taking photos, similar to those in found in car magazines, of herself in a bikini.

After doing most of the hard work on the car by herself she was able to show herself not only as the bikini clad model but also as the car mechanic behind the project.
You can see more of Liz’s work by heading over to Art Gallery Salon94 in New York City. 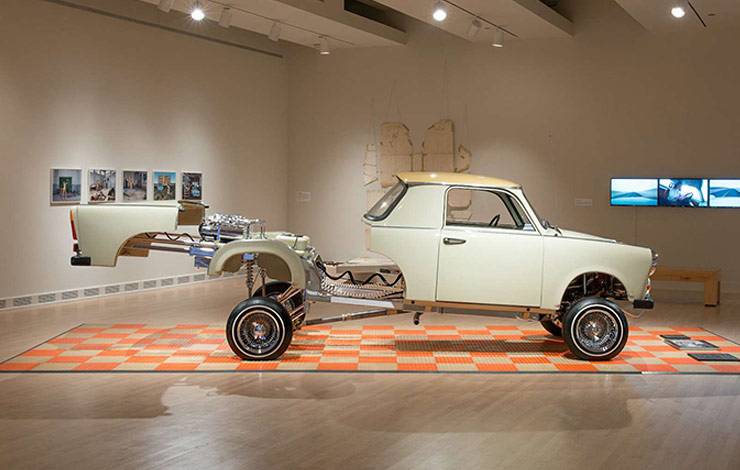 After watching the video below, you can find another interesting Trabi transformation HERE.