Every truck you move with electricity instead of diesel has an outsize effect on the health of the planet and everything living on it. Eighteen-wheelers are the ultimate force multiplier.
– 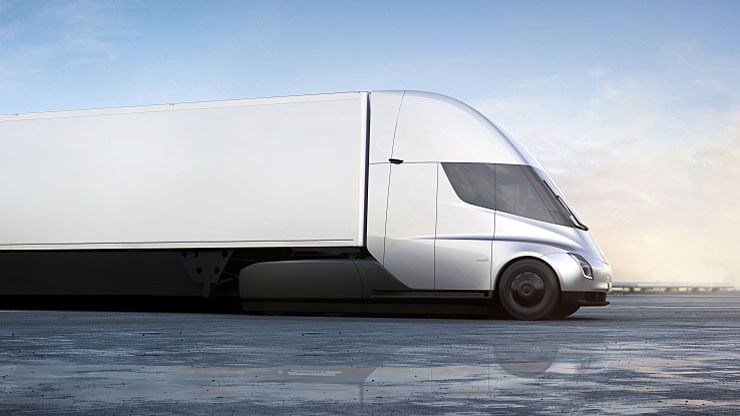 Electric car maker Tesla unveiled electric semi truck with semi-autonomous capabilities in Hawthorne, California. Tesla’s electric truck has a 500-mile range and is sleeker than a supercar. Tesla CEO Elon Musk said the truck has a coefficient of drag of just 0.36, making it more aerodynamic than the Bugatti Chiron, a $2.7 million supercar with a drag coefficient of 0.38.

The semi is a fully electric Class 8 truck, a category of freight vehicles that weigh more than 33,000 pounds, including tractor-trailer rigs that form the backbone of commercial road freight. This one, Musk said, can haul 80,000 pounds.
– 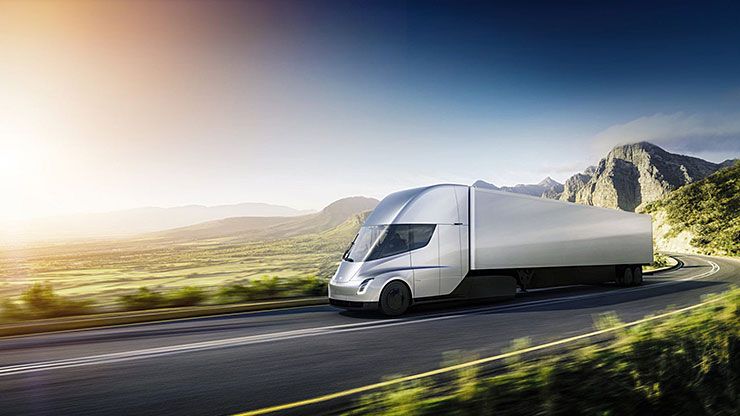 Equipped with 4 independent electric motors on rear axles, without a trailer, the 2020 Tesla Semi achieves 0-60 mph in 5 seconds, compared to 15 seconds in a comparable diesel truck. It does 0-60 mph in 20 seconds with a full 80,000-pound load, a task that takes a diesel truck about a minute.

The biggest immediate cost-advantage comes from savings in energy costs: fully loaded, the Tesla Semi consumes less than two kWh of energy per mile and is capable of 500 miles of range at GVW and highway speed.

Look inside the cab of the Semi, and there’s no doubt Tesla knows how to design a vehicle. The driver’s seat is now in the middle of the cab. Because it didn’t need to build around a bulky diesel engine, Tesla made the nose of the cab a vertical slab, and the main seat is so far forward, you can see the ground just in front of the vehicle. The human in charge gets two 15-inch touchscreens, one on either side, to handle navigation, data logging, and blind spot monitoring. 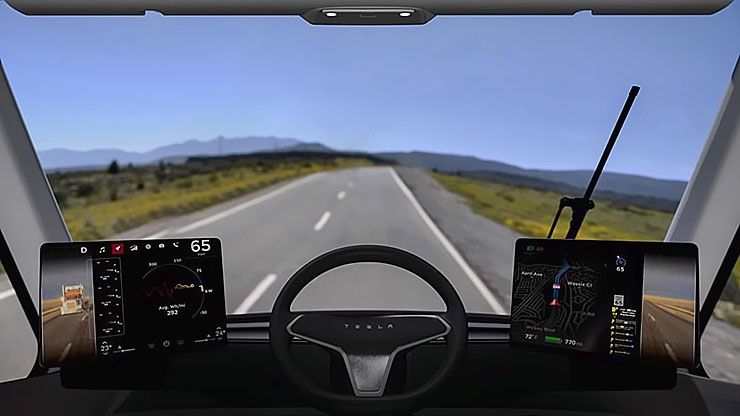 The Tesla Semi requires no shifting or clutching for smooth acceleration and deceleration, and its regenerative braking recovers 98% of kinetic energy to the battery, giving it a basically infinite brake life.

Though Tesla says the payback period in averted fuel costs on the truck would be just two years, it did not reveal a retail price. Production is slated to begin in 2019.

Tesla’s target market for the Semi is both fleet operators and independent owner operators. The company will be its own first customer, using the truck to transport parts from its battery gigafactory in Nevada to its auto assembly plant in California.